LACKAWANNA COUNTY, Pa. — Roads and sidewalks were covered in ice as a winter storm made it’s way across the area. PennDOT has all hands on deck as t... 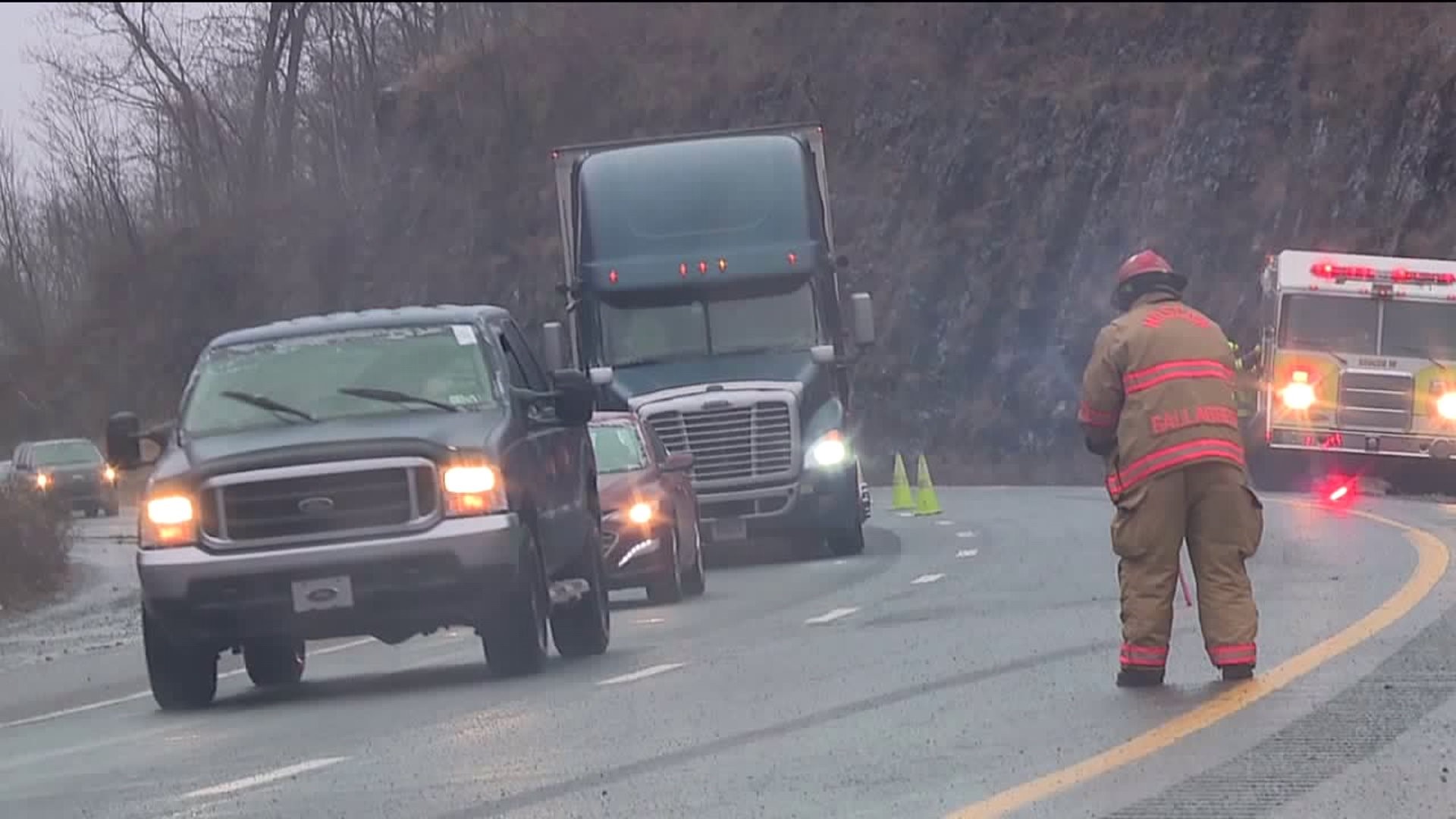 LACKAWANNA COUNTY, Pa. -- Roads and sidewalks were covered in ice as a winter storm made it's way across the area.

PennDOT has all hands on deck as they monitor the changing storm.

"Every vehicle that we have that can be out on the roads is out on the roads, plus some that are coming up from Harrisburg," said James May, PennDOT spokesman. "This is a storm that we will be out, and PennDOT crews will be out 24/7 throughout the duration of the storm until the roads are clear and safe for travel," explained May.

One of the challenges in fighting this storm is the type of precipitation that we're facing. This icy rain is making these sidewalks so slick, and it makes it difficult for PennDOT to be able to treat the roads.

"Freezing rain is always the most difficult weather pattern to deal with because any pre-treatment we put down on the roads when it rains. The ground temperature right now is about 20 degrees, so it washes away that pre-treatment, then it lands on the road and freezes," added May.

The icy conditions leading to multiple crashes including this fatal crash on I-84 and more that closed down a stretch of I-84 in Wayne County. Michael Milewski Jr. was called to some of those crash scenes and has an important message for drivers.

"In Pennsylvania, there's the steer clear law, which reminds everybody when they're approaching an emergency scene to slow down and move over a lane. So we like to get that out there to the general public, slow down, give us room to work, everybody wants to go home at the end of the day," said Milewski, Jr.

Kathy Cazalet is en route from Massachusetts and is stopped due to the icy conditions she tells Newswatch 16 she saw multiple crashes on the highways and knew she had to pull over.

"I just shut down. It's not worth killing somebody. Sorry, I've seen a bunch of accidents, so it's scary," said Cazalet, who got emotional.

To see where the snowplows have been and if your routes have been plowed, click here.