CLARKS SUMMIT — The weekend weather forecast is getting mixed reviews from folks taking part in a February tradition in Lackawanna County. Temperatures ar... 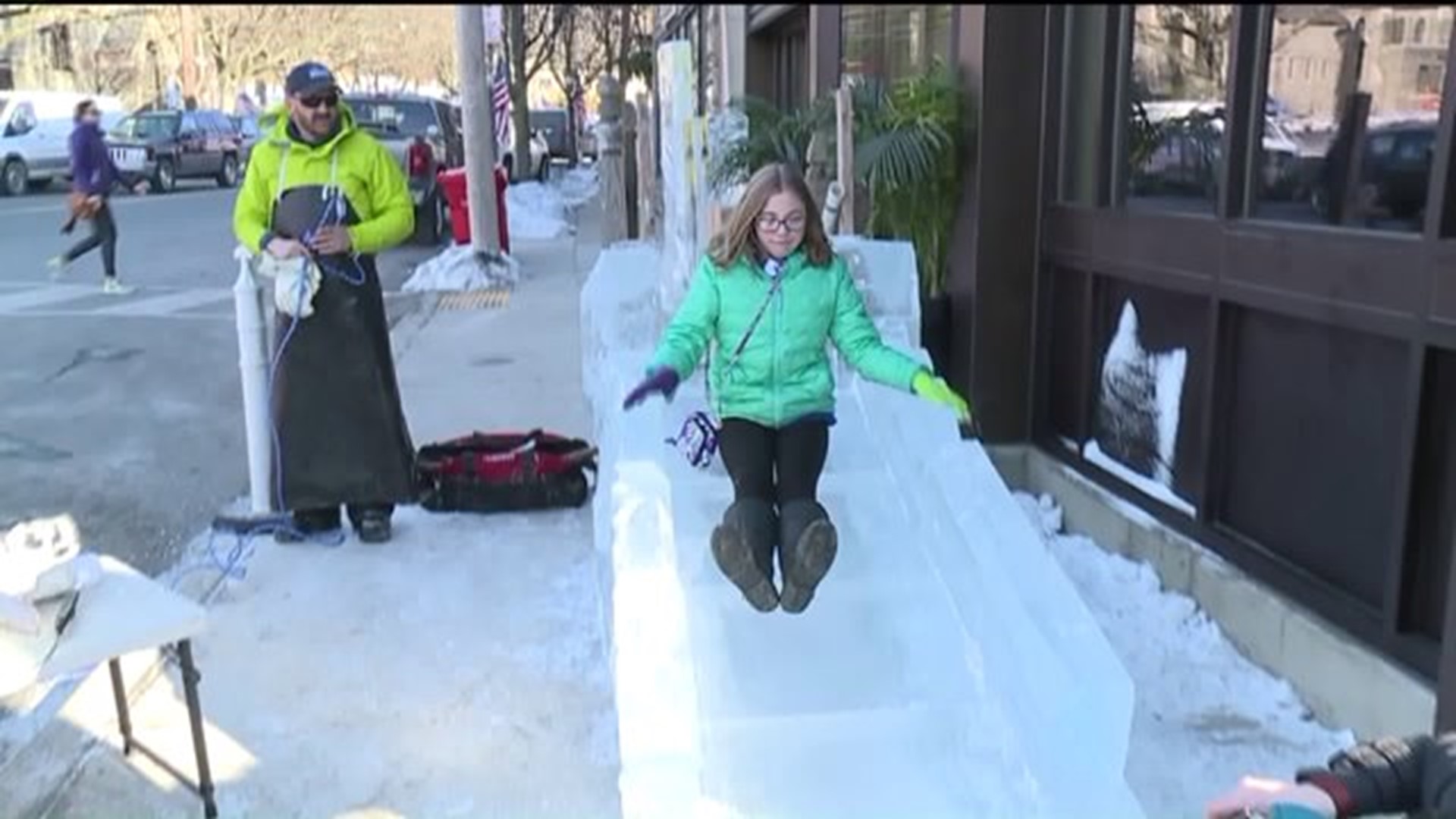 CLARKS SUMMIT -- The weekend weather forecast is getting mixed reviews from folks taking part in a February tradition in Lackawanna County.

Temperatures around 50 are expected to draw big crowds to the Clarks Summit Festival of Ice but that's not ideal weather for the main attraction.

Up and down State Street in Clarks Summit, folks are checking out some of the 50 ice sculptures that will be on display this weekend.

Organizers aren't expecting the sculptures will stick around long, though, since tomorrow temperatures could be 20 degrees above freezing.

A block of ice waiting to be carved welcomes shoppers here at Everything Natural in Clarks Summit. The blocks lining State Street in the borough mean the annual festival of ice has arrived.

"Always a lot of ice carvings, of course, a lot of people, good music, high spirits, and hopefully some snow!" said Cody Cooper.

Snow on ice festival weekend seems out of the question this year temperatures could reach into the 50s on Saturday.

Mark Crouthamel from Sculpted Ice Works says that will make carving a bit easier, but keeping the ice from melting almost impossible.

'Unfortunately, with the forecast, the way the weather is and the sun there will be some moderate to severe (melting) depending if it's direct sun damage in the ice. You'll still be able to see what they are but the heat miser is going to win over the ice," Crouthamel said.

For now, the ice sculptures that are in direct sunlight are going to stay covered but the organizers say when the festival is in full swing Saturday, they'll take these covers off. They would rather the ice melt and have more people out here to enjoy them.

Ancherani says she's had to cancel festival events in the past because it was too cold. Northeastern Pennsylvania is unpredictable and even in the ice business, you take the good with the bad.

"If we have a choice of 50 degrees or zero degrees and nobody's going to come out and look at what we do, or 50 degrees and it doesn't last as long, we'll take 50 and people," said Crouthamel.

The Clarks Summit Festival of ice Officially kicks off around 7:30 p.m. Friday with a parade celebrating the festival's theme, "Ice, Lights, Broadway." The festival continues through the weekend.