DICKSON CITY, Pa. — A man in Lackawanna County says he was nearly killed after being punched out at a stoplight in Dickson City last month by a road rage ... 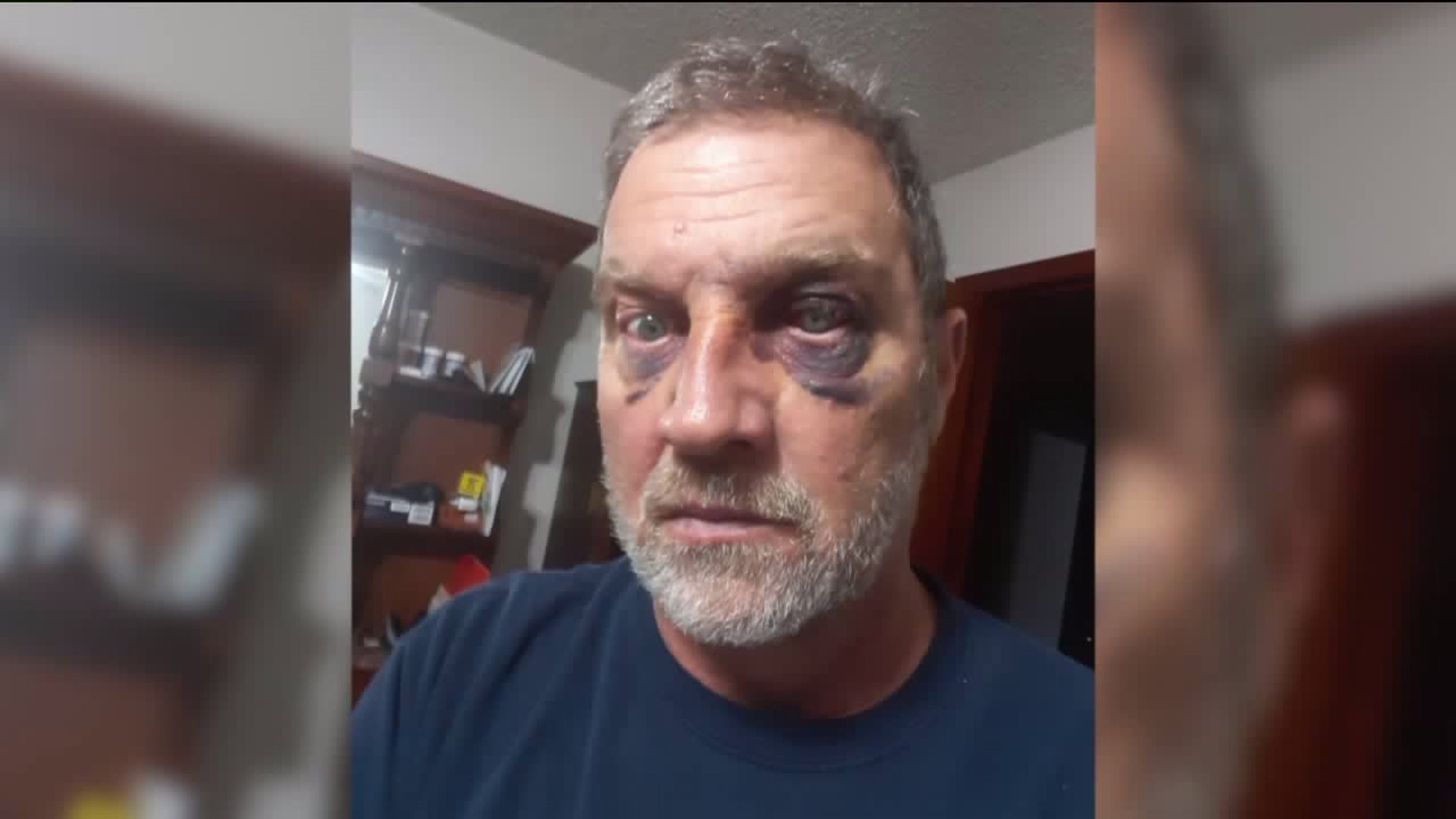 DICKSON CITY, Pa. -- A man in Lackawanna County says he was nearly killed after being punched out at a stoplight in Dickson City last month by a road rage driver.

Jim Abdalla from Scott Township was rushed to the emergency room after he was punched several times in the face after the incident two weeks ago.

He still hasn't recovered from the beating.

Abdalla was driving home from Scranton on Route 6 near the Viewmont Mall in Dickson City on October 30, when he says a man alone, in a white Honda or Hyundai vehicle, was driving erratically.

"He was looking through and the arms were going, and he was pointing fingers, and I'm not quite sure what his problem was," Abdalla recalled.

According to the Dickson City police report, Abdalla told the driver, "You're in the wrong lane." Moments later, the light turned red at the intersection of Route 6 and Scott Road, about a mile away from the mall.

After Abdalla stopped, the man he was arguing with got out of his car and came to the driver's side window, so Abdalla rolled his window down to see what he had to say.

Instead of continuing the argument, the man started punching Abdalla in the face, and since Abdalla had his seatbelt on, he was a sitting duck.

"He blasts me in the face, there was blood flying out, just bang, bang, bang, bang, as I'm strapped in my seat," he said. "I could actually hear the bones breaking in my face as he was hitting me."

"Why would you roll the window down?"

"I rolled it down because I didn't really think that it was that big of a deal," Abdalla replied.

"We would want to follow up on this as best we can so we could get somebody like this off the road," said Dickson City Patrolman Michael Fredericks.

Dickson City police want to talk to a bystander who helped break up the fight.

Police also describe the road rage driver on its Facebook page: a white man in his 30s with beard growth and a tattoo on his chest.

"He may hurt somebody if not kill somebody," said Abdalla.

Abdalla hopes anyone on Route 6 Tuesday morning, October 30, steps forward with information about the road rager who beat him.

"It's not bad now. It's been two weeks, but he could easily have killed me or somebody else, so this guy needs to be caught," Abdalla added.

Abdalla is in the process of posting a reward to help find the road rage driver.

Dickson City police say if you believe you are targeted by an aggressive driver, dial 911, head to a public place, and never roll down your window if approached.