SCRANTON — Records of car sales in Lackawanna County helped lead authorities to the woman suspected of robbing a credit union earlier this week. After inv... 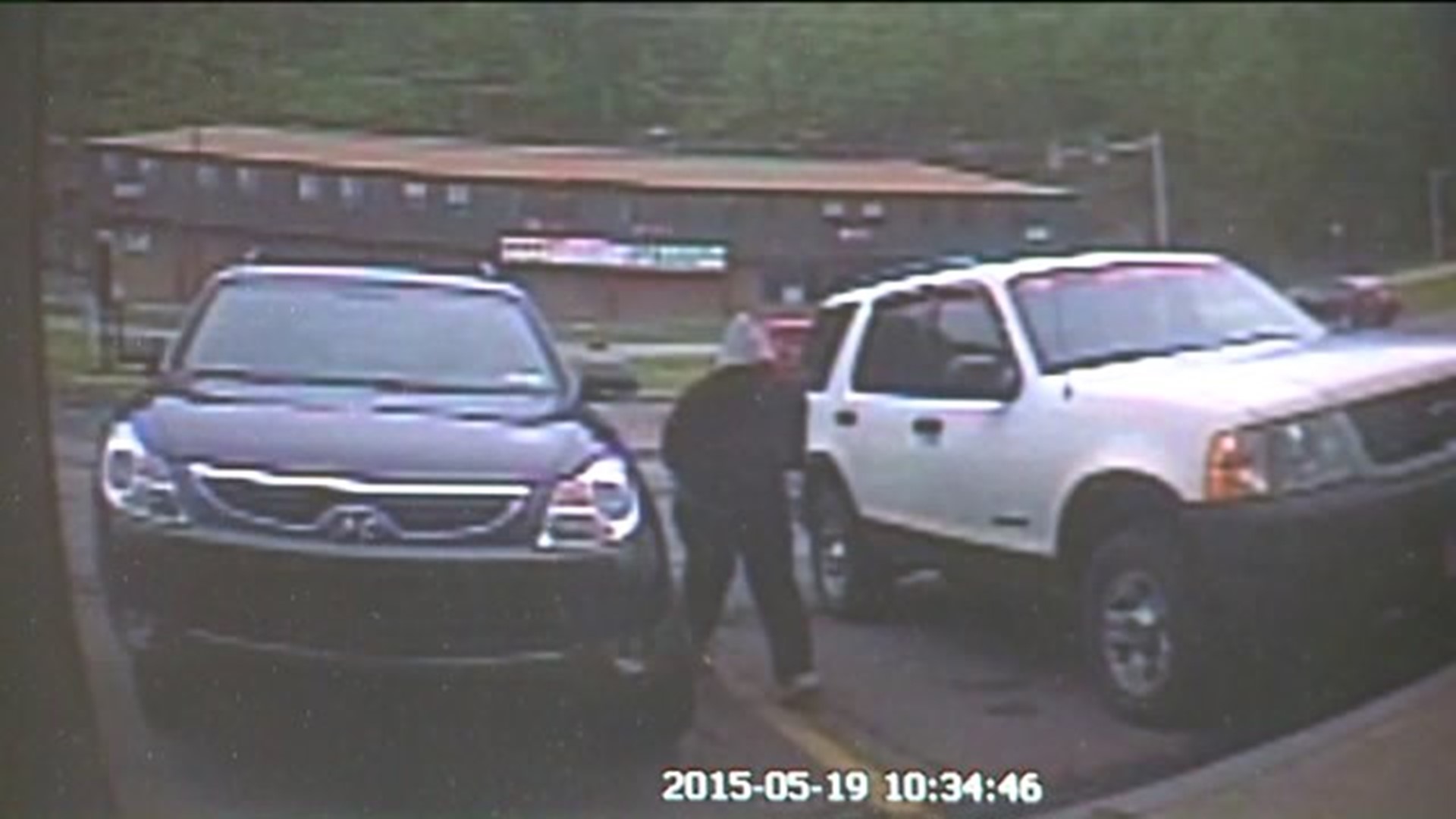 SCRANTON -- Records of car sales in Lackawanna County helped lead authorities to the woman suspected of robbing a credit union earlier this week.

After investigators saw the robber's vehicle in surveillance pictures, they traced the model back to the dealership to see who bought the car.

Just two days after that robbery, a woman is now behind bars accused of holding it up.

Investigators said a woman held up the P&G Federal Credit Union in Eynon Tuesday. By Wednesday there were some big developments.

Investigators had two pieces of evidence to help them find the female robber. First, the getaway car: a blue Hyundai Vera Cruz. Second, a baseball cap the suspected robber was seen wearing in surveillance video taken just before the hold up.

Police said they researched sales and owners of 2008 Blue Hyundai Vera Cruzes in Lackawanna County. That information helped lead them to a home on East Grove Street in Clarks Green where Archbald police and the FBI found a matching cap and a blue Vera Cruz.

After police and FBI agents searched the car and the home, they took the woman who lives there, Lisa Jury, with them.

Federal prosecutors now say they think Jury held up the credit union, threatening tellers with a stun gun, and getting away in that Hyundai with more than $7,000.

Jury is now locked up facing federal armed robbery charges that carry a maximum of 25 years in prison.

Prosecutors wouldn’t comment Thursday on whether Jury is a suspect in another robbery in Glenburn last October. That crime was also committed by a woman with a stun gun.