SCRANTON, Pa. — It took a jury in Lackawanna County about an hour and a half to convict a husband and wife of child sex abuse charges. The couple, both te... 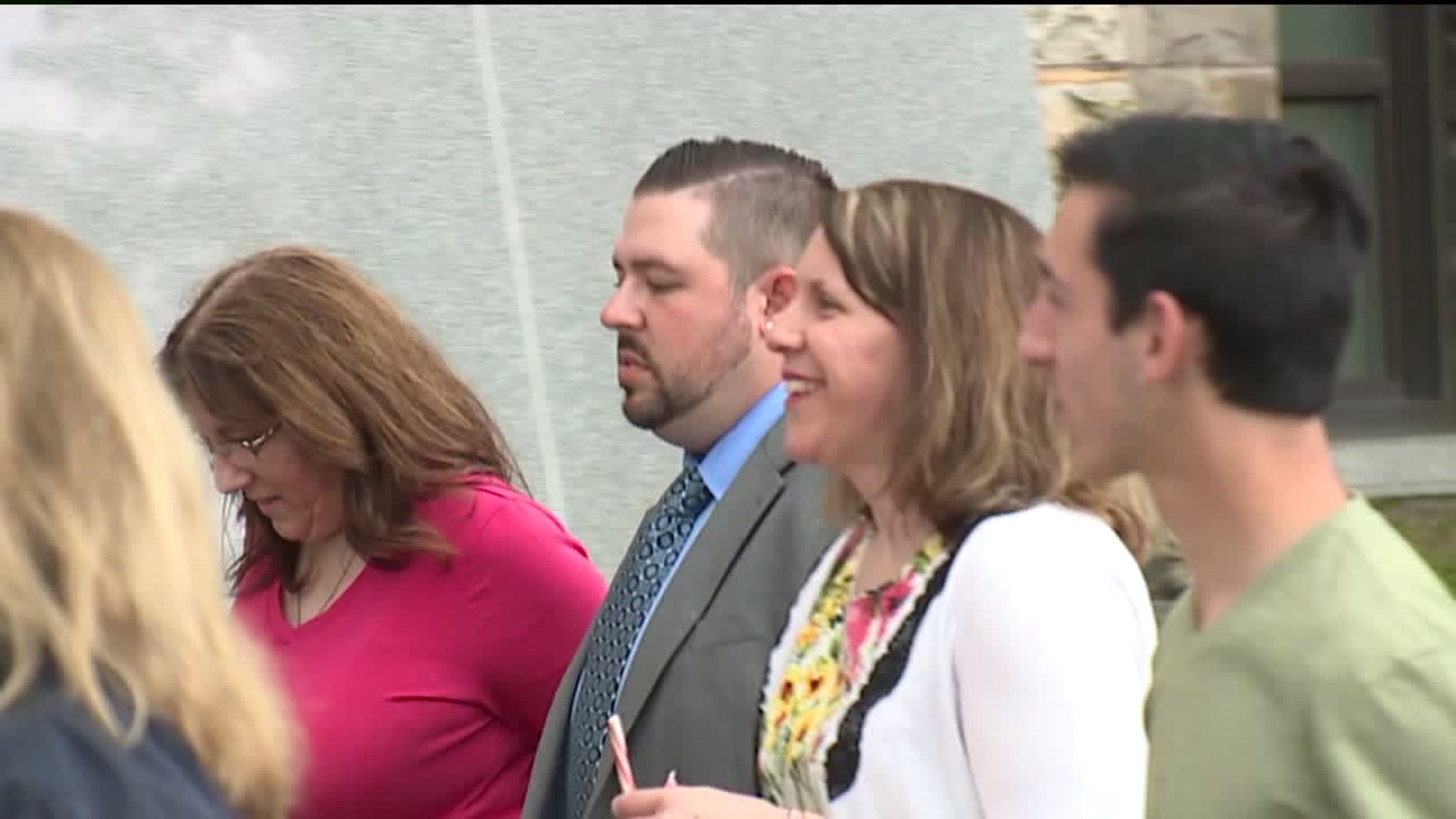 SCRANTON, Pa. -- It took a jury in Lackawanna County about an hour and a half to convict a husband and wife of child sex abuse charges. The couple, both teachers, were found guilty of all the charges against them.

Ruth and Nick Baggetta of Greenfield Township were both taken into custody after the verdict was read Wednesday afternoon. They were both convicted of having a sexual relationship with a teen that lasted almost two years and started when the girl was 16.

The trial put the word of the Baggettas against those of the now-19-year-old female student.

Ultimately, jurors sided with the girl, convicting the couple of all the charges against them.

On the stand on Monday, the girl talked about her nearly two-year-long sexual relationship with Nick Baggetta. She says his wife Ruth not only knew about it but encouraged it.

While on the stand themselves, the couple admitted the relationship with the girl was close but said they were only trying to help her overcome mental health issues.

"I believe the fact that both defendants took the stand and essentially corroborated everything that our victim had to say gave her even more credence to the jury," said Lackawanna County Assistant District Attorney Sara Varela.

Since this was a case of she said, they said, prosecutors from the Lackawanna County District Attorney's Office relied on text messages as evidence. They said there were texts among the Baggettas and the girl about 80 times per day over several months. And though not sexually explicit, the texts contained language that wouldn't typically be used between teacher and student.

"It's just clearly inappropriate conduct for a teacher to be corresponding with a student like that. Where there's smoke there's fire. What they did was inappropriate at all levels. They just didn't admit to the sexual misconduct, but the jury saw through that," said Lackawanna County District Attorney Mark Powell.

Nick Baggetta was a teacher at Fell Charter School near Carbondale. Ruth Baggetta is suspended without pay from her job at Lakeland High School. With her conviction, that is likely to change. The couple will be sentenced in a few months, and both face the prospect of several years in prison.