Hundreds line the streets of Old Forge for Trump rally

On the night Biden accepted the Democratic Presidential Nomination, Trump came to his home county. 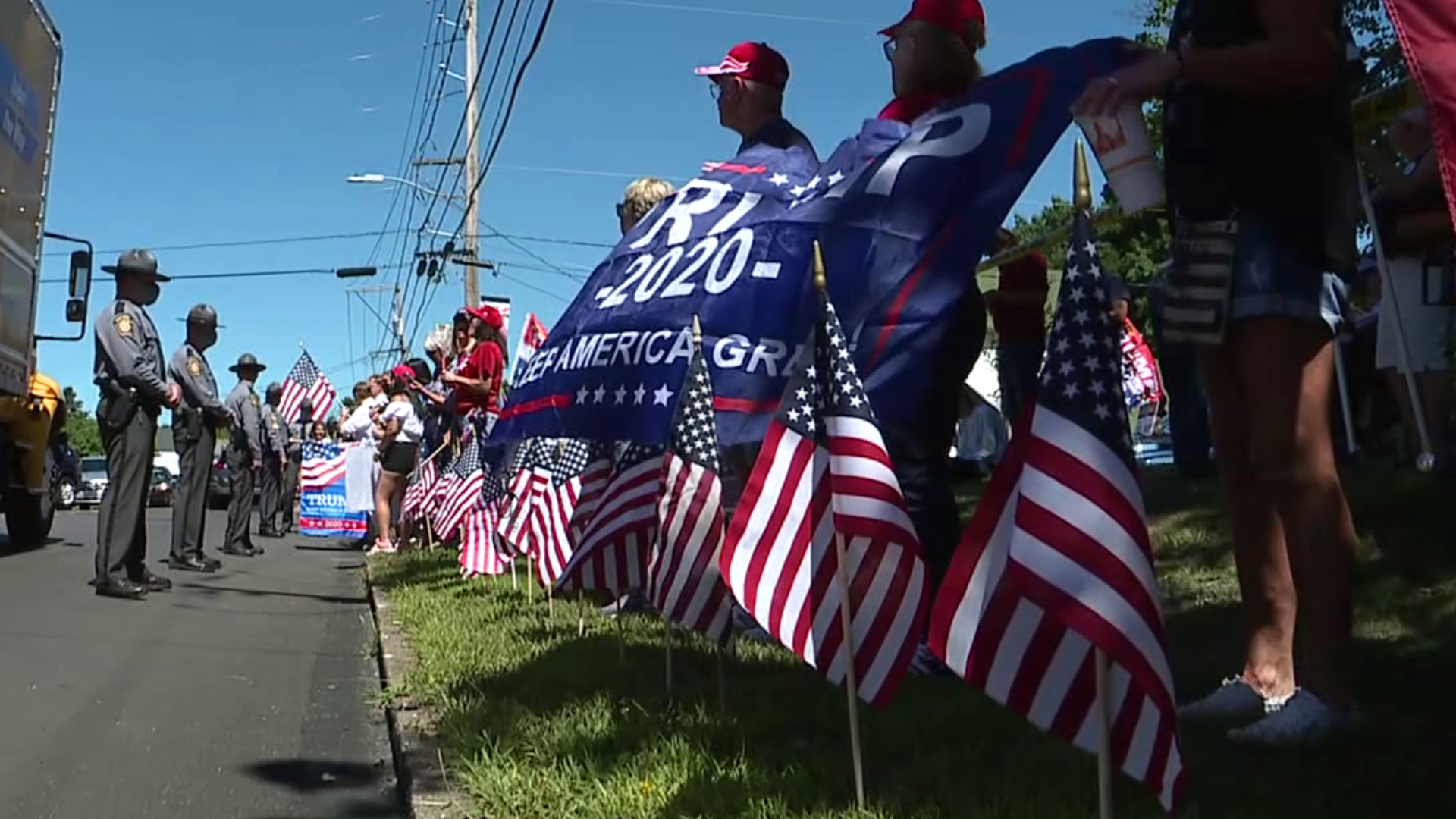 OLD FORGE, Pa. — Hundreds of people lined the streets in Old Forge, waiting to watch President Donald Trump's motorcade pass by on his way to Mariotti Building Products, where he held a campaign rally.

Trump has visited Northeastern Pennsylvania several times, both leading up to the elections in 2016 and now 2020.

Trump told the crowd that by keeping him in the White House, his efforts on job growth will only continue.

Trump's trip to Lackawanna County comes on the night that Joe Biden, a Scranton native, accepted his party's presidential nomination at the Democratic National Convention.

At the rally, Trump said Biden has been repeatedly exploiting his ties to Scranton and Northeastern Pennsylvania for political gain.

Trump says if Biden wins the election, he will do away with fracking, under the green new deal.

Doug McLinko is a Bradford County Commissioner, a county that knows the fracking industry well.

"If the new green deal goes through, it will not only crush America, it's going to crush Northeastern PA and all of PA actually," said McLinko.

Trump also said the harsh restrictions put in place for the pandemic were politically driven by the Democrats.

"They don't want Donald Trump at the Mohegan Sun Arena with 20,000 people there," said Frank Scavo, a long time Republican. "So they just collapse it down and say okay 25 percent, no more than 250."

Before Trump left, he made one quick stop at popular restaurant Arcaro and Genell for some trays of Old Forge-style pizza.

Manager Amanda Krappa said his team placed the order only moments before his motorcade arrived.

"He just came in. He said he was happy to be here and he heard we had the best pizza and he congratulated us and that's about it, it was very quick," said Krappa.