Voters cited different reasons, including making sure their vote was counted, for wanting to vote early and in-person. 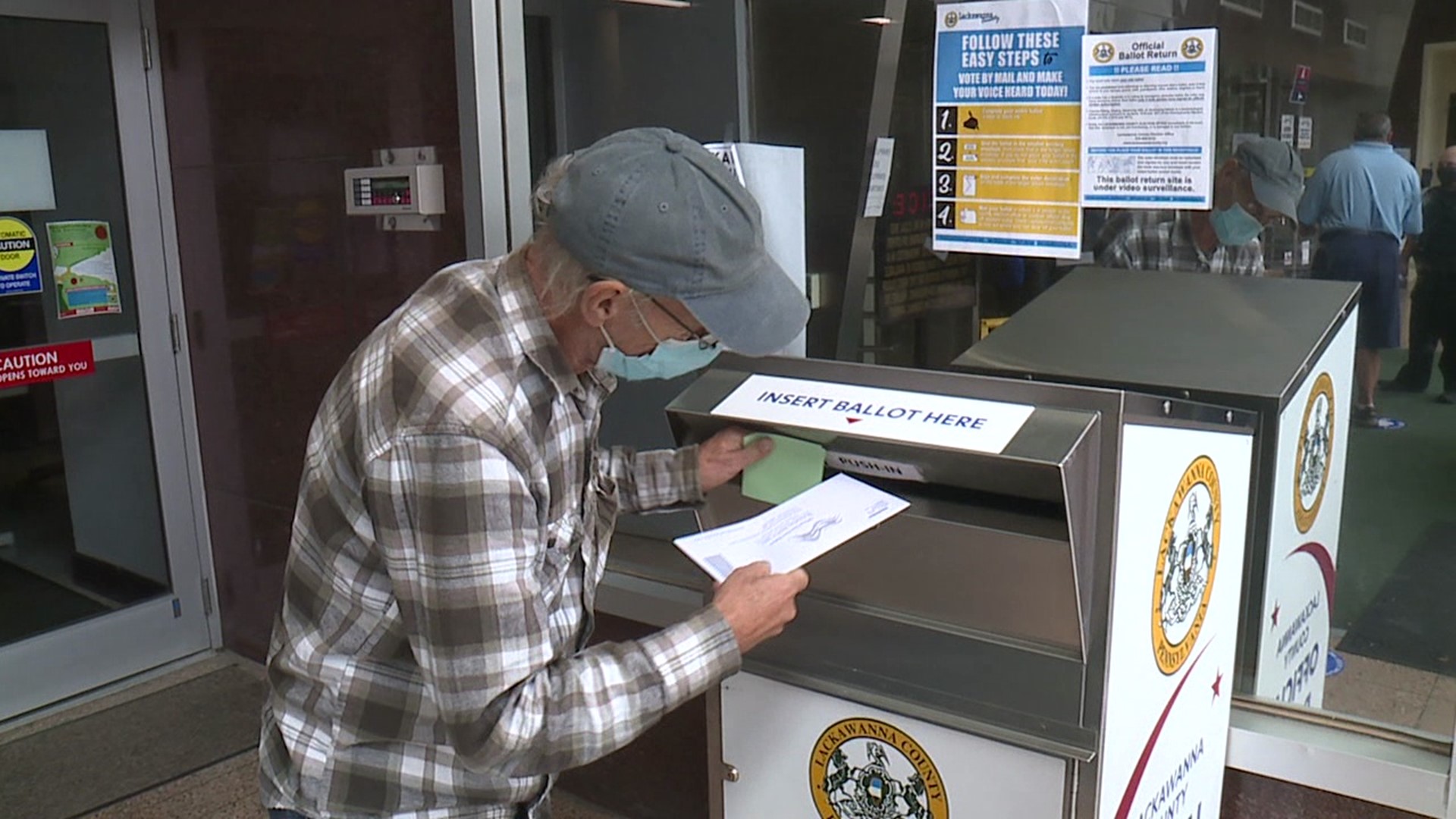 SCRANTON, Pa. — Elections officials in Lackawanna County said a few hundred people showed up Tuesday for the last chance to apply for and fill out a ballot in person ahead of Election Day.

Voters each had their own reason for casting a ballot ahead of time.

They filled the lobby of the Lackawanna County Government Center at The Globe on the last day of early voting.

"We already took care of it and it's done and I'm happy about it," said Sue Ling of Gouldsboro.

Ling said the pandemic and the divisiveness of this election are reasons why she didn't feel safe waiting until November 3 to vote.

So, she came early and brought her grandsons along to vote in their first presidential election.

Elections officials said early voting is a bit of a misnomer.

Voters filled out a ballot application and then waited for the actual ballot.

Even though they saw several hundred voters Monday and Tuesday, officials said they never ran out of socially distant seating.

This process of early voting is something elections officials have been preparing for over a year and something they would have offered even if there wasn't a pandemic.

But, they said the pandemic certainly increased their numbers.