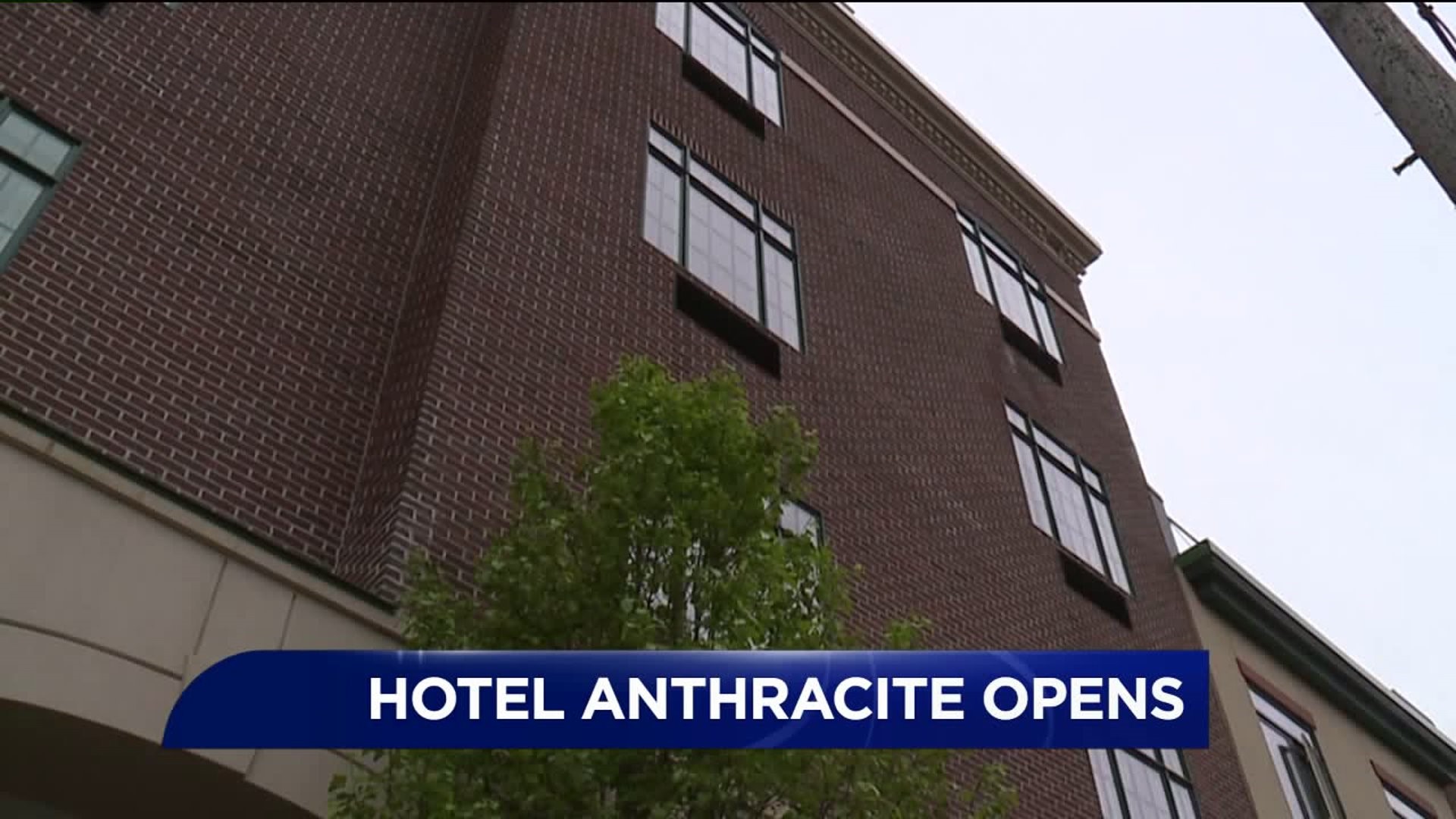 CARBONDALE, Pa. -- The hotel on Main Street in Carbondale has had three names in five years: Best Western, Carbondale Grand Hotel, and now, Hotel Anthracite. That name will stick, according to its new managers.

"We hope that people see it and get inspired to really revitalize the area," said Sarah O'Fee, Hotel Anthracite director of marketing.

Hotel Anthracite is managed by Settlers Hospitality, the owner of several hotels and restaurants in the Poconos. O'Fee showed off the newly renovated spaces.

"I think anyone who is doubting, once they come in, will say, 'Wow, this is a little oasis.' And it's really nicely updated, furnished, and it has a lot of historical touches that I think the town will embrace," said O'Fee.

The hotel is now decorated with dozens of historical photos depicting Carbondale at the height of coal mining.

Many of those pictures, paintings, and postcards inside the hotel used to have a home on the third floor of Carbondale City Hall inside the Carbondale Historical Society.

"It's wonderful to get them in wider circulation so other people can see them," said historical society director Dr. Silas Powell.

Hotel Anthracite is booked up for its first official night.