Honoring Martin Luther King Jr. with a Day of Service

KEYSTONE COLLEGE, Pa. — Martin Luther King Jr. Day is a day off for many of us, but for students at Keystone College, it’s a day on. In between clas... 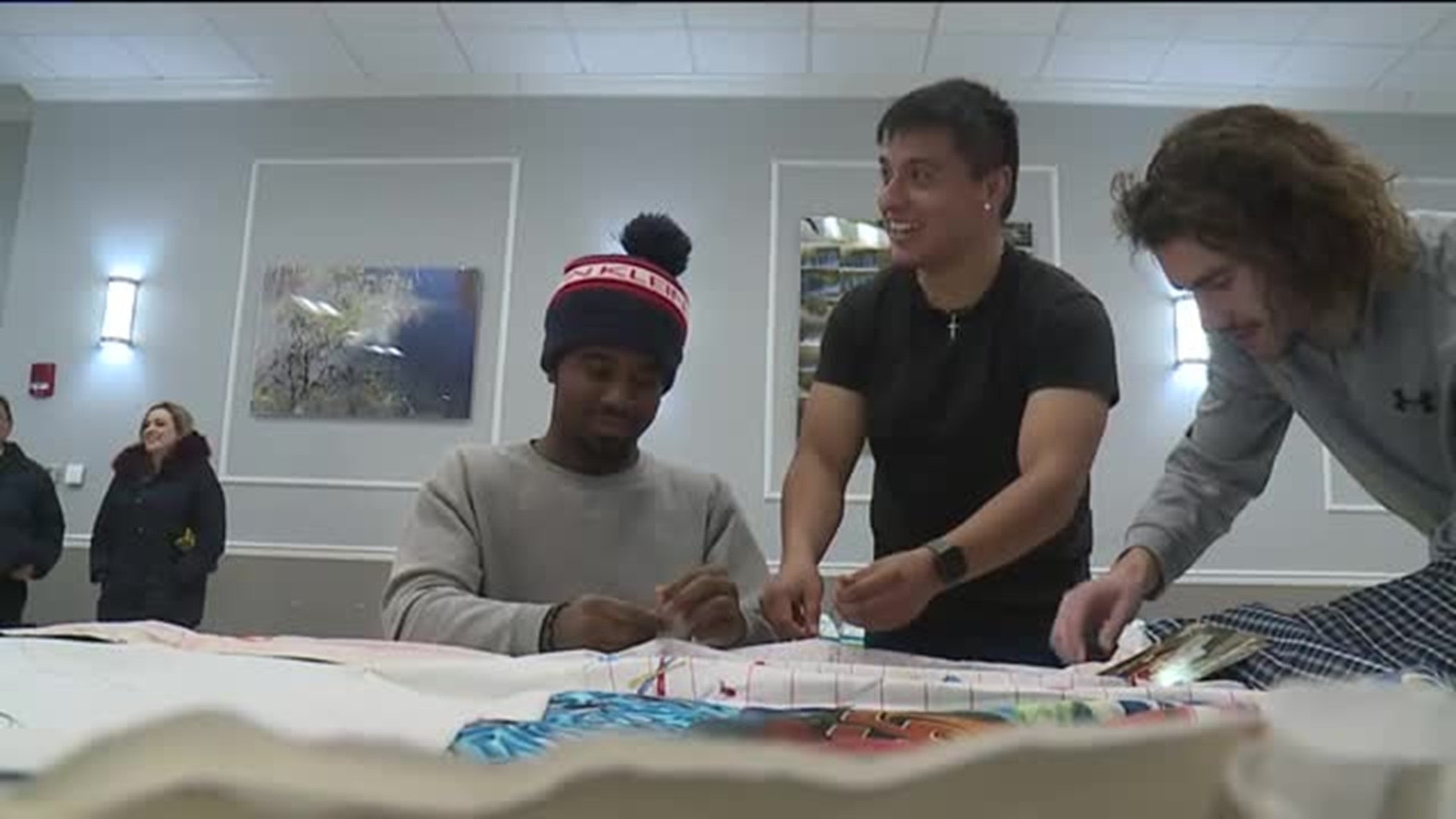 KEYSTONE COLLEGE, Pa. -- Martin Luther King Jr. Day is a day off for many of us, but for students at Keystone College, it's a day on.

In between classes at Keystone College, students traded paper and pen for needle and thread.

Students volunteered to take part in the sleeping bag project, an MLK Day tradition on the college campus in Factoryville. They sew sleeping bags from donated fabric to be given to the homeless.

"He was fighting for equality, so although I can't give people a home, at least I can give them a sleeping bag and help make them feel a little bit more comfortable," said freshman Elijah O'Neal.

The students still have class on this national holiday. School administrators say instead of a day off, students should take part in a "day on" giving back to the community as well as attending class.

"They can come for a half-hour, 15 minutes, three hours, and it's the impact in which we're making on that student. It really changes their life if it's 15 minutes or three hours," said Lucas Taylor, Keystone College director of student activities.

The students at Keystone College aim to make about 25 sleeping bags over the course of the day and when they are done, they're sent to Keystone Mission homeless shelter in Scranton.

Volunteers from My Brother's Keeper in Hop Bottom teach the students how to make the sleeping bags. The nonprofit sends the bags all over the world throughout the year. They say they're something special about spending the holiday with Keystone Students.

"When they leave here, we hope they take this experience with them and in later years, plant it in another community. that's what we expect from the school," said Flo Wheatley of My Brother's Keeper.