OLYPHANT, Pa. — The postmaster in Olyphant said Monday and Tuesday are the busiest days of the year. Postal and delivery workers are slammed with packages... 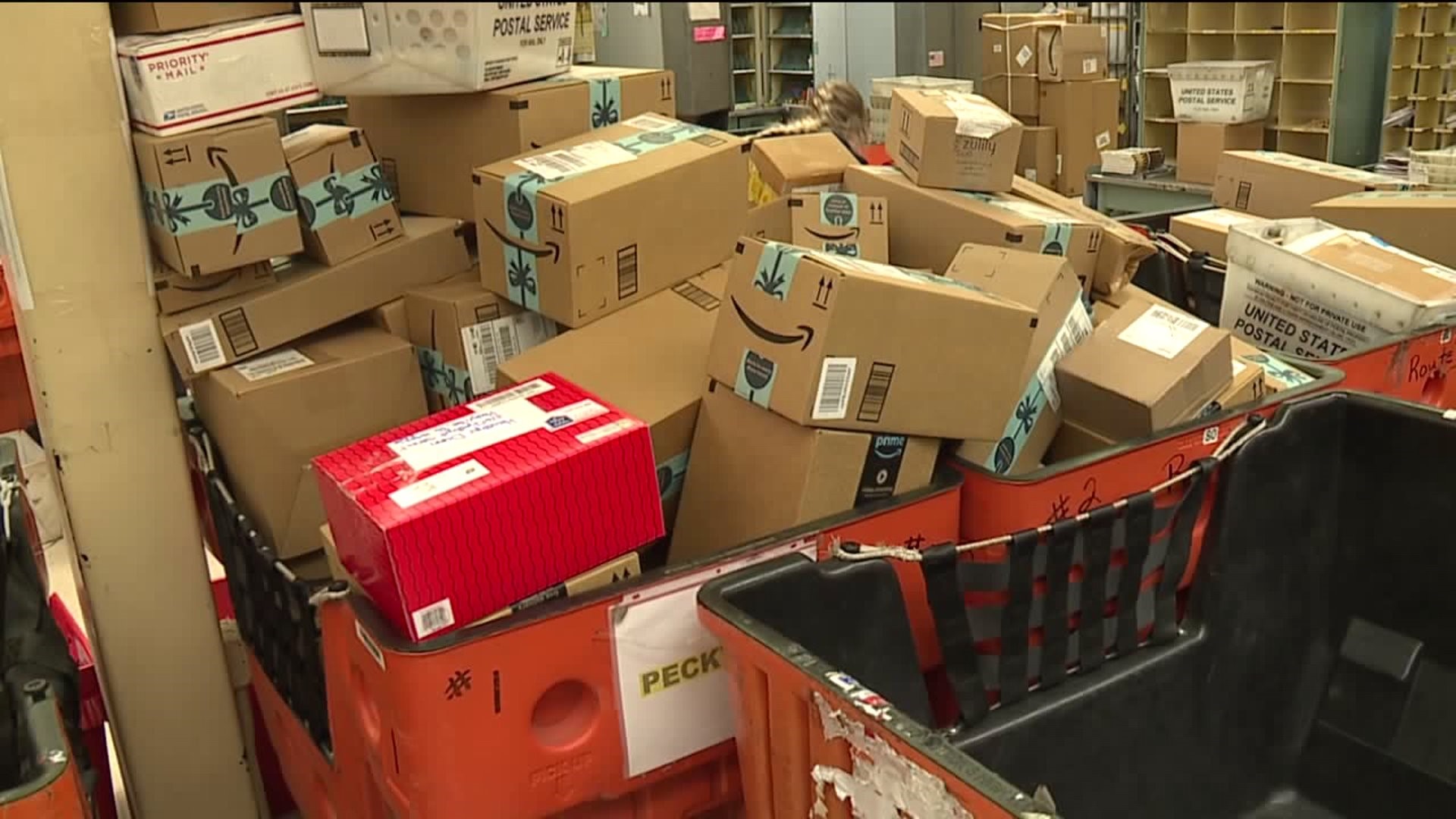 OLYPHANT, Pa. -- The postmaster in Olyphant said Monday and Tuesday are the busiest days of the year.

Postal and delivery workers are slammed with packages, boxes, bags, and envelopes.

Workers are putting in overtime, working seven days a week and split shifts, too.

"By far the busiest I've seen in 15 years. They'll work probably four or five hours, come back and work another five, six hours in the evening just to catch up with the other parcels that come in throughout the day,” said Kevin McCrory, a supervisor at the Olyphant post office.

On a normal day, the Olyphant post office processes about 500 parcels. During this holiday season, it is about 2,500 a day.

Nationally, postal workers are expected to deliver nearly 15 billion pieces of mail and more than 900 million packages this season.

"Extremely busy. Out of the four Christmases I’ve been here, this is definitely double, triple than all the previous years,” said Danielle Bugianesi, a postal worker from Duryea.

Postal officials say the reason for this increased workload and all these packages this holiday season is online holiday shopping, particularly Amazon.

For example, the Olyphant Post Office gets three truckload deliveries a day of Amazon parcels.

"The packages are going up and up and up. It's not like slowing down. People order everything and anything, you know, online,” said worker Vandna Tailor. “It’s crazy!”