Historic Schoolhouse on the Move

WAVERLY – Crews in Lackawanna County working to restore a historic one-room schoolhouse were busy moving the building off its foundation Tuesday.  As you can im... 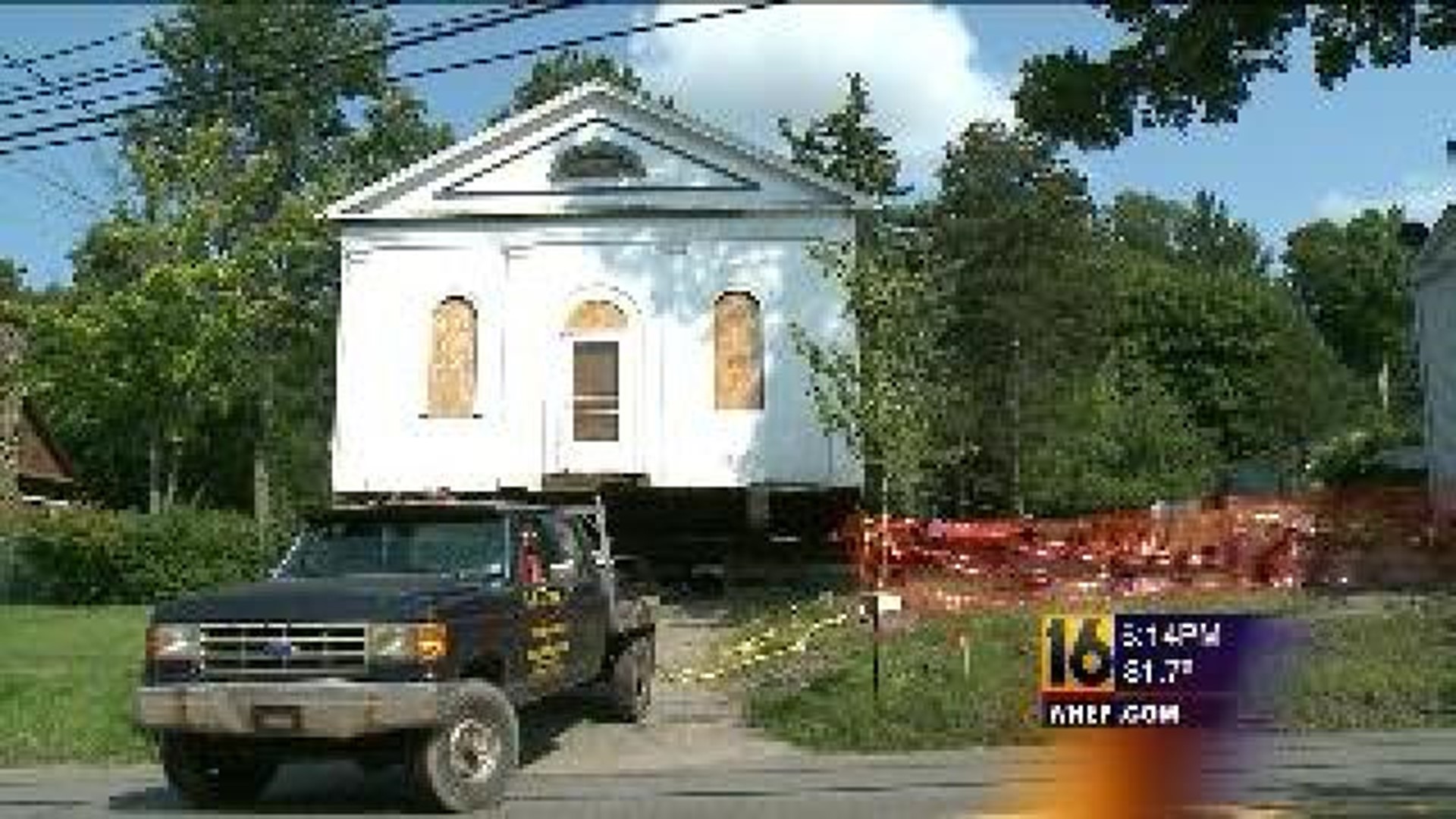 WAVERLY – Crews in Lackawanna County working to restore a historic one-room schoolhouse were busy moving the building off its foundation Tuesday.  As you can imagine it’s no quick project.

Inch by inch, slow and steady, the oldest historic schoolhouse in Lackawanna County began moving off its foundation.

"Well, it's something you don't see every day," said Abigail Ridall of Waverly.

It’s no easy task.  Andy Burr of Honesdale says they’ve been preparing and hydraulically lifting this building in Waverly for a while now.

It’s a project spearheaded by a non-profit called The Neighborhood Preservation Alliance, aimed to preserve this building from 1830 that holds a lot of history in Lackawanna County.

"We're moving it off of its foundation so we can replace the foundation in an effort to preserve the building," said Maryellen D’Andrea.

Neighbors watched for hours, many recalling days where they used to play inside the building that has ties to the Underground Railroad.

"Many memories are on this house and I'm thrilled that they're trying to preserve the old house. It goes back to 1830 before the Civil War," said Ridall.

As this historic schoolhouse slides across steel beams and off its foundation, the folks doing it say the key to doing this safely is to just take it slow.

Some watched nervously, wondering how such an old building could be picked up.

"What makes it, I guess, a little reassuring is the fact that the inside of the building has been completely gutted,” said the project’s architect Tim Aikman.

And about six hours after crews began working, the building finally came to its final resting point for now, one step closer to being a place the community can use again.