Historic mansion in Scranton for sale

The home in the Green Ridge section is listed to start bidding at $1 million. 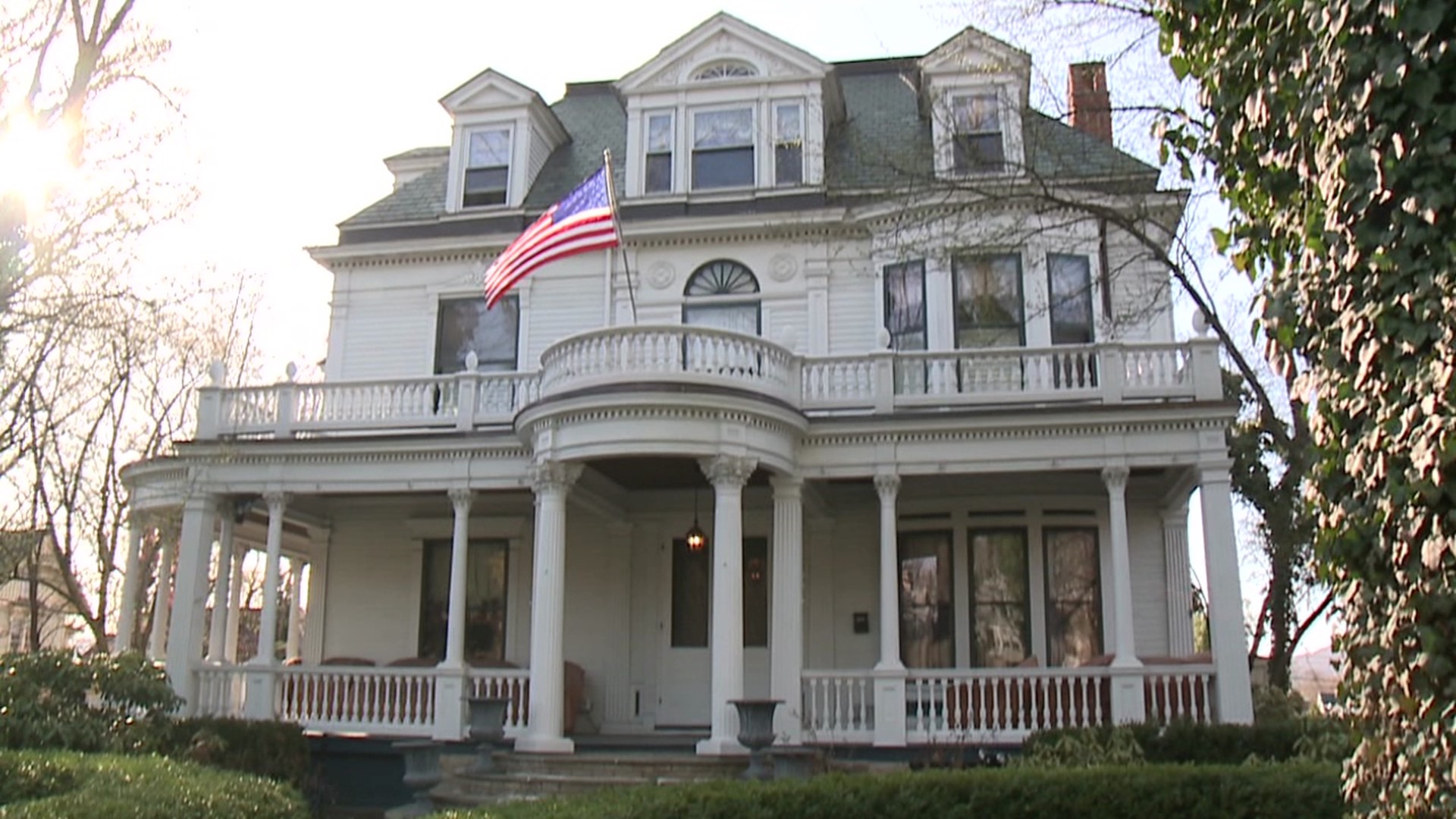 SCRANTON, Pa. — Built in 1895, a home along North Washington Avenue in Scranton has a storied past, and it's for sale with bidding starting at $1 million.

"This house is very typical in telling the story about people who came to Scranton and found success and were really able to build up a business and then build up a home that's equivalent to the success that they found," Savakinus said.

The Goldsmith family was first to call 1701 North Washington Avenue home in the late 1800s.

They ran a popular market in downtown Scranton selling produce.

In the late 19th century, the Green Ridge section became popular as trolleys made it possible for people to live in what was then considered a suburb.

"It was George Sanderson back in the 1880s that really started to establish that come on to Green Ridge and live here. Don't live in the nitty, gritty, dirty city, come out to the side of it and live in a neighborhood that's more appropriate for raising your family," Savakinus said.

The Crass Family moved in around the 1920s and lived there for three generations.

They brought Coca-Cola bottling to Scranton, in turn boosting the area's economy.

"At that time, Coca-Cola was a major product. To be able to bring in a bottling company to Scranton, you were supplying jobs that would have national outreach, and that was a great thing. If you can compare it to today to something like Amazon coming in and opening up jobs for local people. It was the same idea," Savakinus said.

She hopes the newest owners treat the hold home with the respect it deserves.