Hidden History Uncovered at the Ritz

SCRANTON, Pa. — The Ritz Theater in downtown Scranton has gone through many changes in its 100-year history. Most will remember it as a movie theater. Tod... 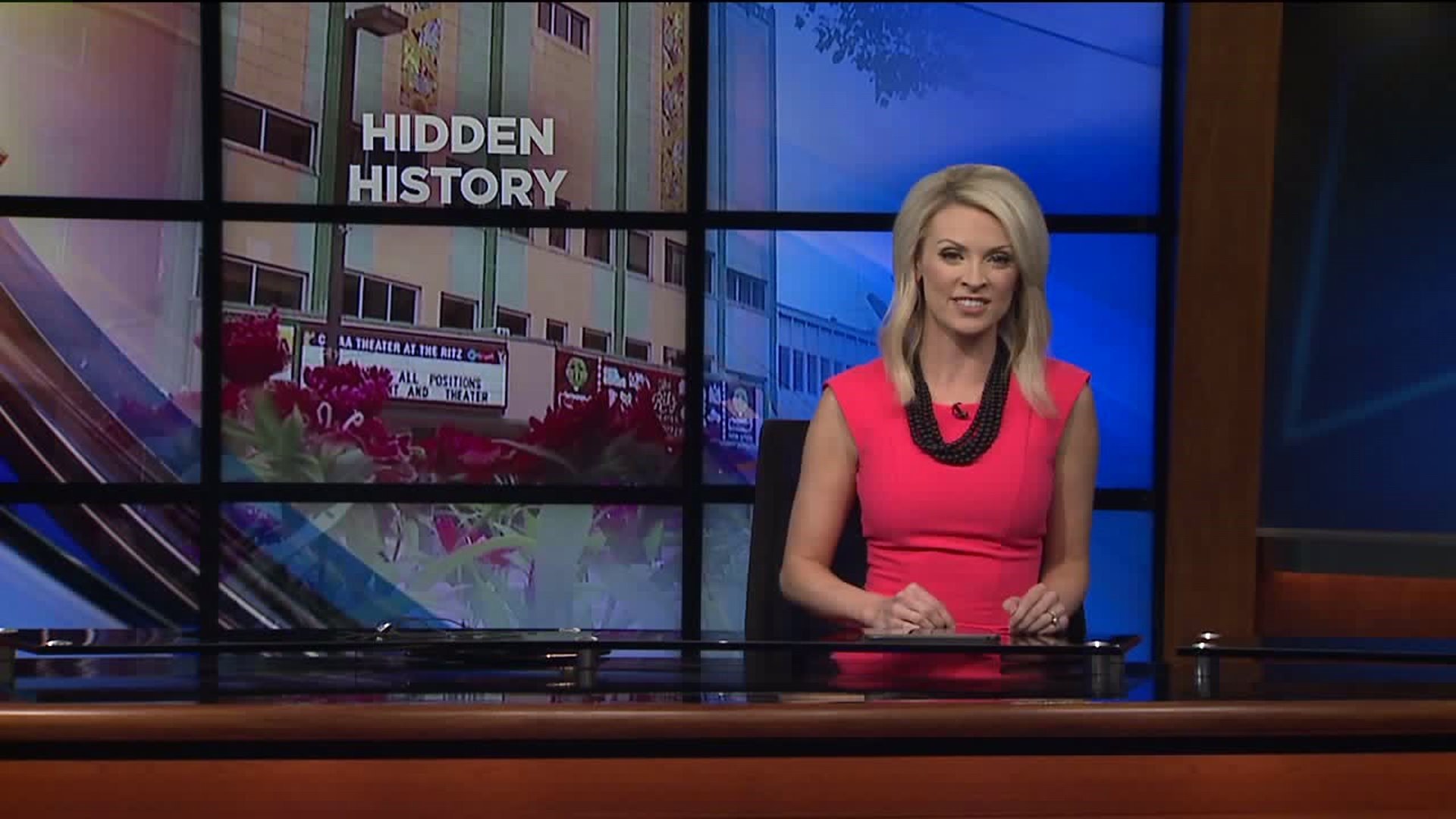 SCRANTON, Pa. -- The Ritz Theater in downtown Scranton has gone through many changes in its 100-year history.

Most will remember it as a movie theater. Today, it's a performing arts academy for kids.

Its newest tenants recently revealed an older piece of the theater's past hidden for decades in its walls.

The Creative and Performing Arts Academy of NEPA, or CAPAA, which now operates inside the theater on Wyoming Avenue, is celebrating a grand opening of an exhibit about the theater's past.

That exhibit includes a part of that past that the owners thought they would never see again.

Michael Melcher, who runs CAPPA, embraced the building's history when crafting the decor. The Ritz was one of Scranton's leading vaudeville theaters around the turn of the century.

A big piece of The Ritz's decor was hidden for decades until Melcher started tearing down a wall above the existing stage.

"To see it as clear as day, and the coloring and the artistry is just remarkable. It's over 100 years old. It's astounding. It's beautiful," said Sheri Melcher, Creative and Performing Arts Academy of NEPA.

The performing arts academy tore down the walls looking for extra storage. For now, props for children's shows will be stored right next to a piece of the theater's vaudeville past.

"We're in the theater. We live in these worlds of fairytales and make-believe stories, and the lore of these old theaters starts to sound like those stories that we put on the stage," said Michael Melcher. "It's things like finding the proscenium that you can touch and see and know that they've been here for decades upon decades. That makes the story real."

Melcher says the proscenium is too delicate to move. It'll have to stay hidden at least for now. But the operators of the theater hope that people will be able to enjoy it again.

"To be able to tour people through here, I think would be great," said Sheri Melcher.

While the public can't look at the arch quite yet, there are pictures of it--now and from the 1930s--included in the history exhibit inside the theater.