PENNSYLVANIA — Rain and sun, wind and clouds, we got a bit of everything Sunday from mother nature. Heavy rain started the day, causing minor flooding pro... 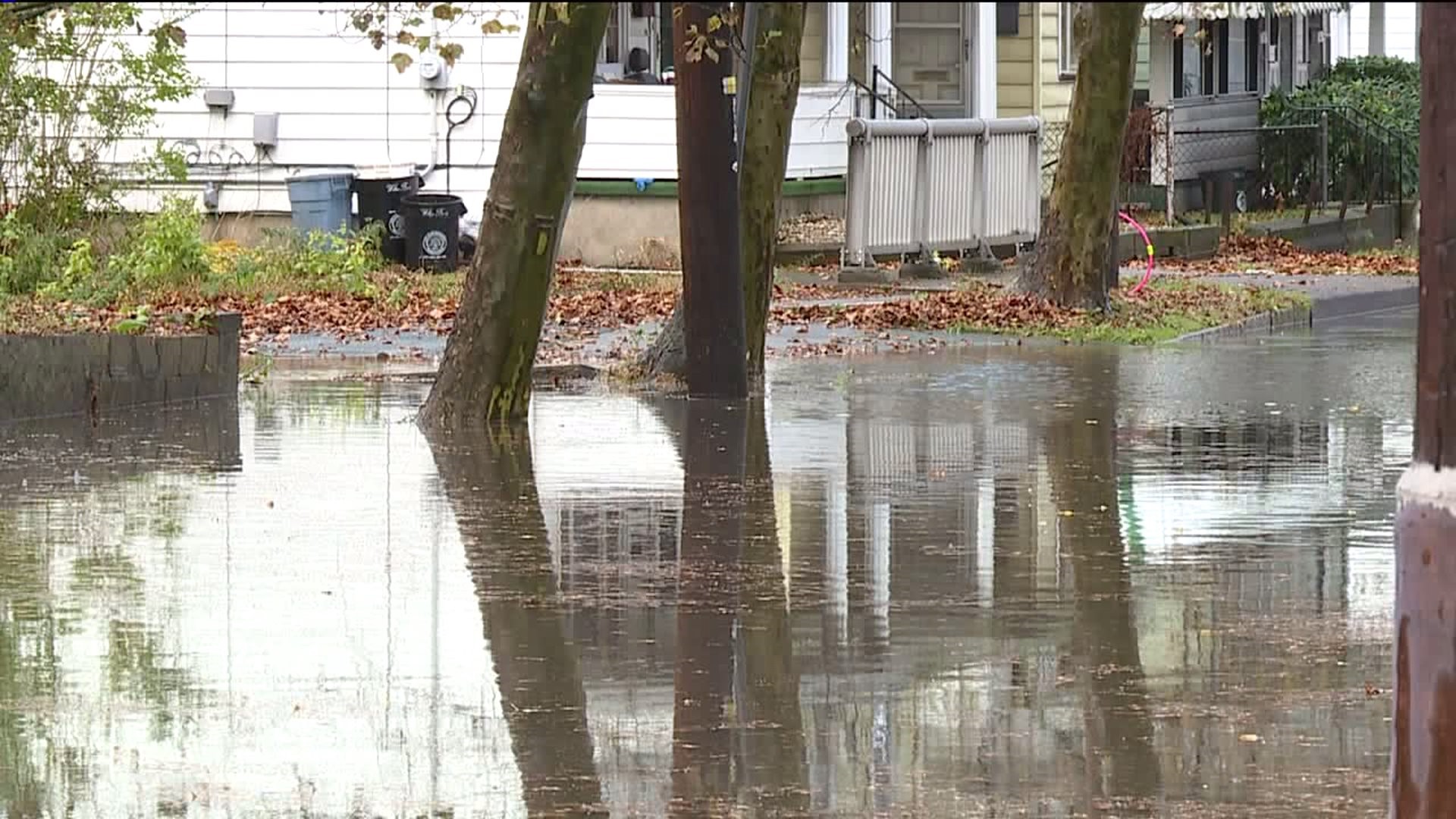 PENNSYLVANIA -- Rain and sun, wind and clouds, we got a bit of everything Sunday from mother nature.

Drivers were forced to go around a section of Blackman Street in Wilkes Barre when blocked storm drains caused the water to rise to curb level.

A firefighter was there trying to unblock those drains in Wilkes-Barre.

A similar scene in Scranton where water pooled under the Rail Bridge on Olive Street.

An SUV got stuck when the water rose over the bottom of the driver's door.

Our crews got there as a tow truck was preparing to remove the vehicle after the water receded.

It was a similar scene not far away at the intersection of Mulberry Street and Prescott Place where a car was stuck in the water.

That driver was not hurt, but the car also had to be towed away in Scranton.

And then just like that, the sun came out.

Around noon in Butler Township, leaves were seen waving in the breeze, and so were bright blue skies in Luzerne County.