SCRANTON — The backyard train given to WNEP by HBO’s “Last Week Tonight” with John Oliver is taking shape in its new home in Lackawanna ... 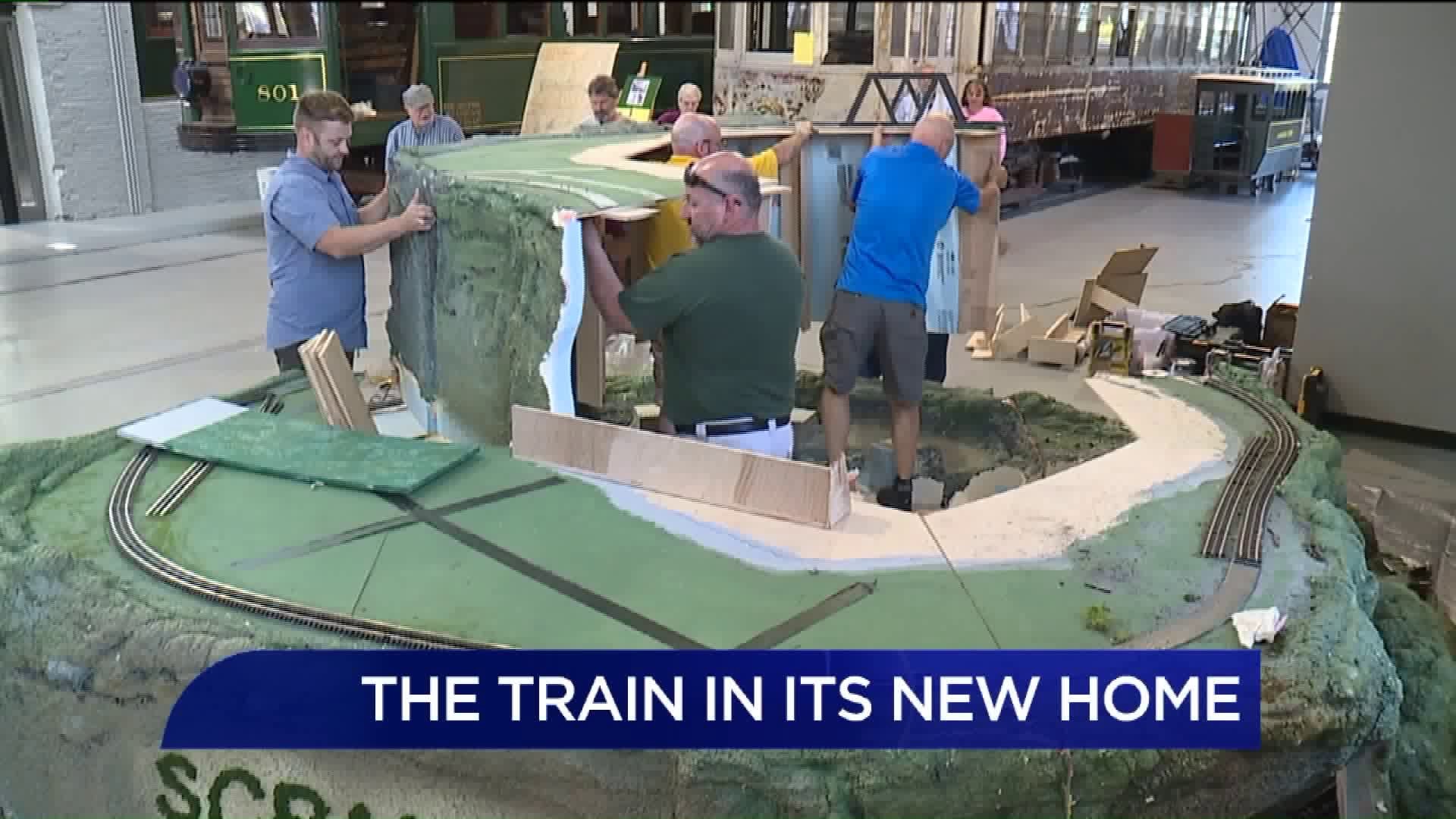 SCRANTON -- The backyard train given to WNEP by HBO's "Last Week Tonight" with John Oliver is taking shape in its new home in Lackawanna County.

WNEP's backyard train will be kept at the Electric City Trolley Museum. The elaborate display took all day to assemble, and we had somewhat of a model train dream team here to put it all together.

The designer of the elaborate train display visited Scranton Wednesday to help put it back together. Even he is surprised by how this all unfolded.

As the massive triple-decker train display donated by HBO was put together piece by piece inside a room at the Electric City Trolley Museum, perhaps no one was as shocked by it all as prop designer Tim Rossiter, the guy who built the display in the first place.

"I didn't really think they were going to actually send it here," Rossiter said. "I'm not sure if they wrote it in, but it seemed like he just made it up as a generous offer like, 'It's yours now, come get it.'''

We at WNEP took that offer very seriously. What started as a segment poking a little fun at our Talkback 16 callers has turned into a celebration.

Since all roads -- or railroad tracks, in this case -- lead back to northeastern Pennsylvania, we should point out Rossiter's step-grandmother is from Wilkes-Barre. He's been to Scranton before, but never thought it would be for this.

"I would have never imagined," said Rossiter. "I figured either a storage container or a dumpster, to be honest. Most of what we build gets thrown away. New York City storage is very expensive."

Rossiter had help from some of our staff and some experts.

"We've got all these real model train people here who actually know what they're doing," he said.

The Lackawanna Wyoming Valley Chapter of the National Railway Historical Society came to help. They say the display isn't a perfect model train, but it's still spectacular.

"Some people are really into the scale, and this is anything but scale, but it is pretty incredible how many features they could squeeze into that space," said society member Tim O'Malley.

The Electric City Trolley Museum hopes all those features help bring people in to see the display.

"We're happy to have it and give it a good home and hopefully it draws a lot of people into the museum," said Wayne Hiller, Electric City Trolley Museum.

It's so grand, we figured it needed a grand unveiling, and that will happen on Friday at 11 a.m.

The Electric City Trolley Museum will offer free admission Friday, Saturday, and Sunday from 9 a.m. to 4 p.m for folks to come and check out the train.