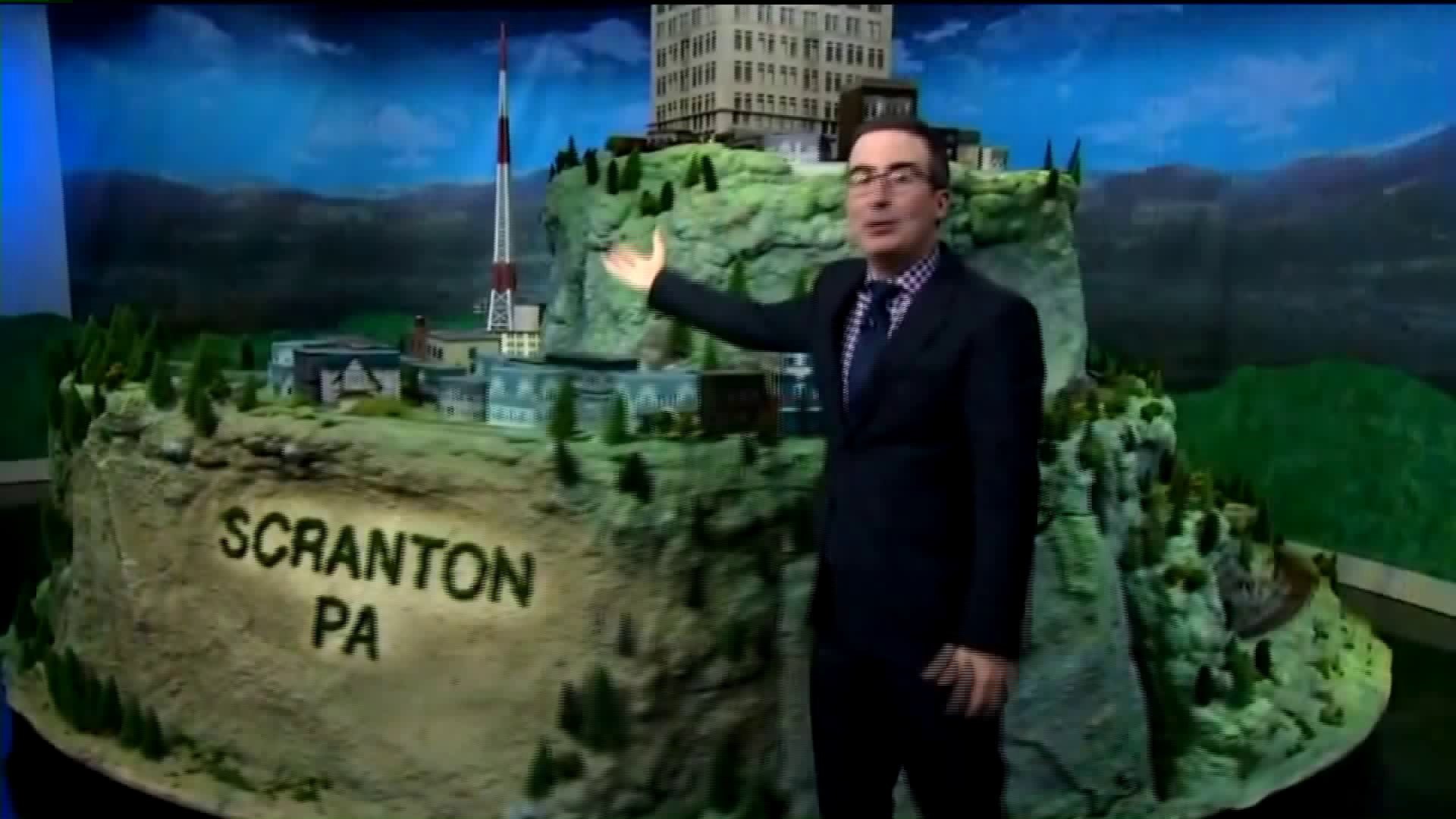 It took hours and a big truck to get the job done.

Newswatch 16 followed a giant trailer to the warehouse in Secaucus, New Jersey to see it packed up and brought home.

Piece by piece, the now famous "irresponsibly large" train from "Last Week Tonight" with John Oliver was loaded up and sent home to Scranton.

Last Sunday, the host of the HBO series showed off the train and told WNEP to come and get it, so we did.

Our determination to do so surprised some of the stagehands at the warehouse.

"I was surprised," said warehouse manager Ken Sigler. "I didn't think it was going to go anywhere and then we got the call."

The bigger pieces were layered onto four long carts; smaller parts were put into boxes.

With the help of Road Scholar Transport from Dunmore and Hale Trailer from Jessup, the prop was able to make the journey from New Jersey to Scranton.

IT'S HERE: The #ScrantonTrain has arrived at the Trolley Museum. It will be assembled sometime next week. @WNEP pic.twitter.com/PWUWebLEQc

"The city really needed this and it belongs here, and hopefully, it will bring more attention to Steamtown and the area," said Hale Trailer general manager Kevin Zwick.

It took about two hours to load it into the truck -- no surprise considering it's 16 feet tall and 18 feet wide when it's all put together.

"Oh, it was a long day but it's done and the job is complete. It's going to be nice when it's all done," said Mike Duffy, Road Scholar Transport.

The train set was brought to the Electric City Trolley Museum in Scranton where it will eventually go on display after it's put together sometime next week.