SCRANTON — A long-awaited bridge project in Scranton is set to start next week. But PennDOT officials said the span that’s almost 100 years old will... 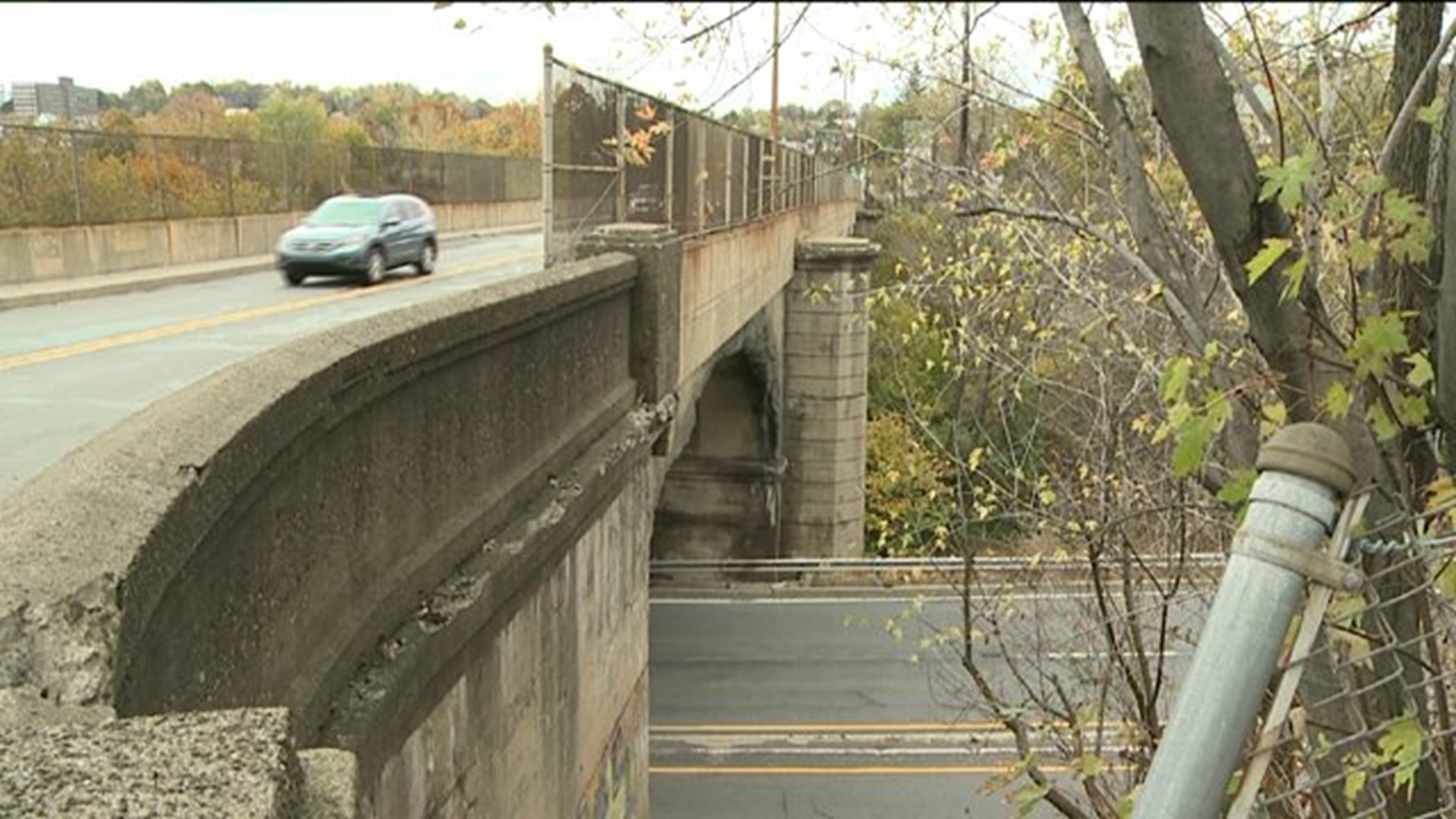 SCRANTON -- A long-awaited bridge project in Scranton is set to start next week.

But PennDOT officials said the span that's almost 100 years old will stay open while crews build a new one next to it.

The Harrison Avenue Bridge is one of the most distinctive parts of Scranton's landscape, but it hasn't looked so great the past few years.

PennDOT put up signs this week telling drivers that the project to replace the bridge will start on Monday.

PennDOT decided to build the new bridge directly next to the old bridge rather than cut off traffic between east and south Scranton.

That's good news for people who work on either side.

"Well, it certainly will help with access to the restaurant and access for our delivery business. We have a big delivery business, especially to the hospitals like Geisinger," said Patti Catalano, co-owner of La Trattoria Restaurant on Moosic Street.

Access to the hospitals in Scranton's hill section is one of the reasons PennDOT decided to keep the current bridge open. They will build the new one and a new street where a park is now.

Neighbors who live on the first block of Crown Avenue said the Harrison Avenue Bridge project has been a sore subject.

The landscape of their neighborhood will drastically change over the next two and a half years, and a part of Scranton's history will go away.

"Construction today, it goes up quicker and faster, but it won't be made like it was years ago when it was made to last," said a neighbor on Crown Avenue who did not want to be identified.

According to PennDOT, it is one of the most structurally deficient bridges in the state. PennDOT officials said the $18 million project will not affect traffic for a few months.