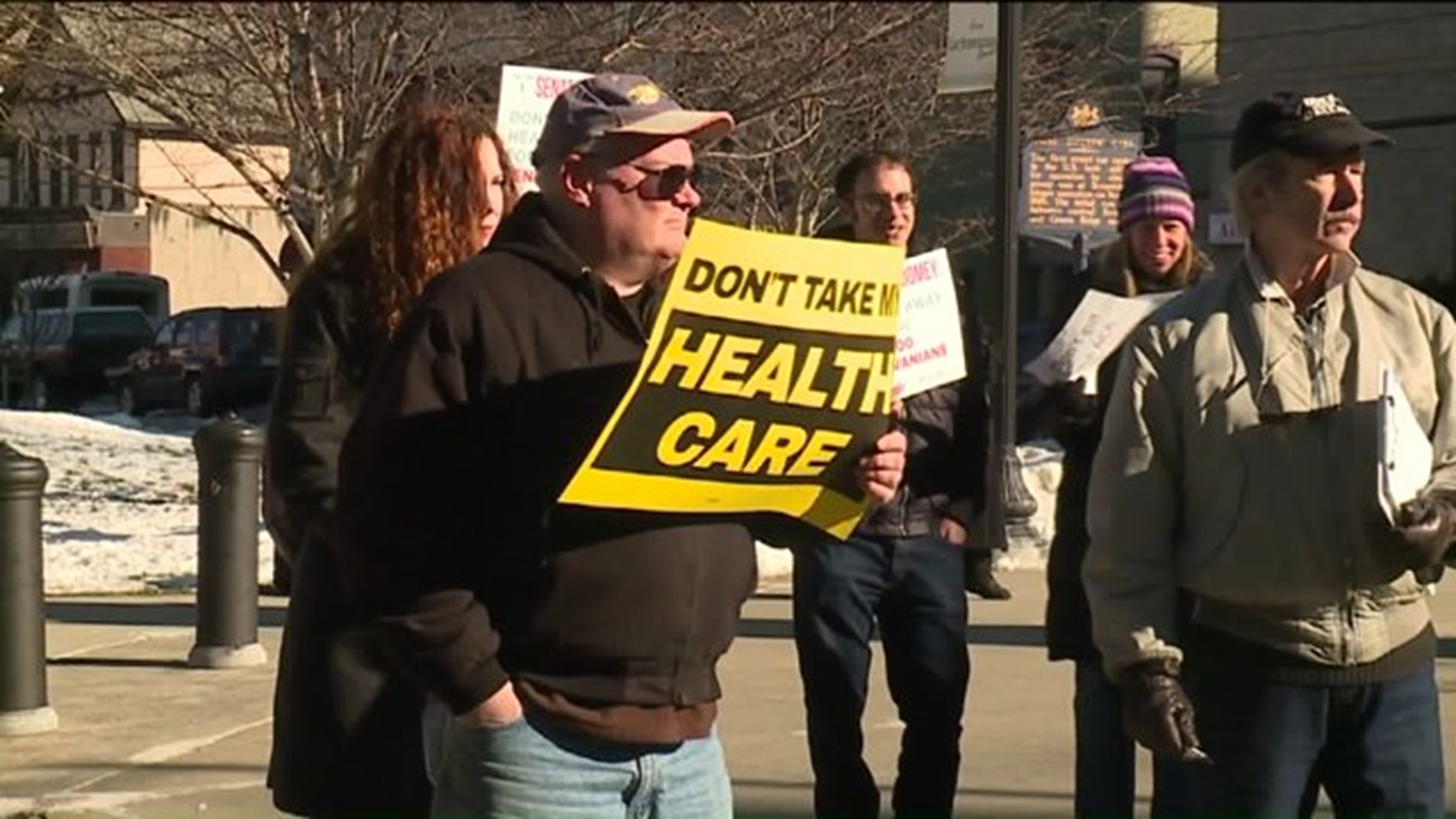 Many of the group of 30 or so people standing out on Spruce Street in Scranton Tuesday afternoon have benefitted in some way from the Affordable Care Act.

Erin Berlew from West Pittston shared her story of when some of her family lost healthcare last year.

"If it were to be repealed, I have no idea what would happen. I have pre-existing conditions, and an insurance company isn't going to pick me up. And I had cancer this year on top of that, so without the Affordable Care Act, we truly would have nothing right now," she said.

This group was one of about 75 scattered around the country, gathering outside congressional and senate field offices. Senator Pat Toomey's Scranton field office is three floors above the protest inside the Scranton Life building.

The protesters fear Senator Toomey and other Republicans in Washington will vote to repeal the Affordable Care Act once President Trump is in office.

"Now they want to kill it, even though it's managed to get 20 more million people health insurance and has taken the uninsured to the lowest rates ever," said Duke Barrett of Dallas, who participated in the protest.

The protest was organized nationally by the Move On organization.  Local volunteers planned each rally.

"I volunteered. I thought it was something important to do once the Republicans got control of both houses of Congress. It seemed the first thing they were going to do is attack healthcare. And we need to get people out and let them know we value things like Medicare and the Affordable Care Act," said organizer Ron Bartizek of Dallas.

If Obamacare is repealed, those covered would keep their insurance through 2017. The protesters think though, it's never too soon to make their voices heard.

"It's just important, for democracy. I think people have been too complacent for too long. I think we need to get out and let the elected officials know where we stand," Bartizek added.

Newswatch 16 contacted Senator Toomey's press secretary, but our calls have not yet been returned, but Senator Toomey has publicly supported the repeal of the Affordable Care Act.