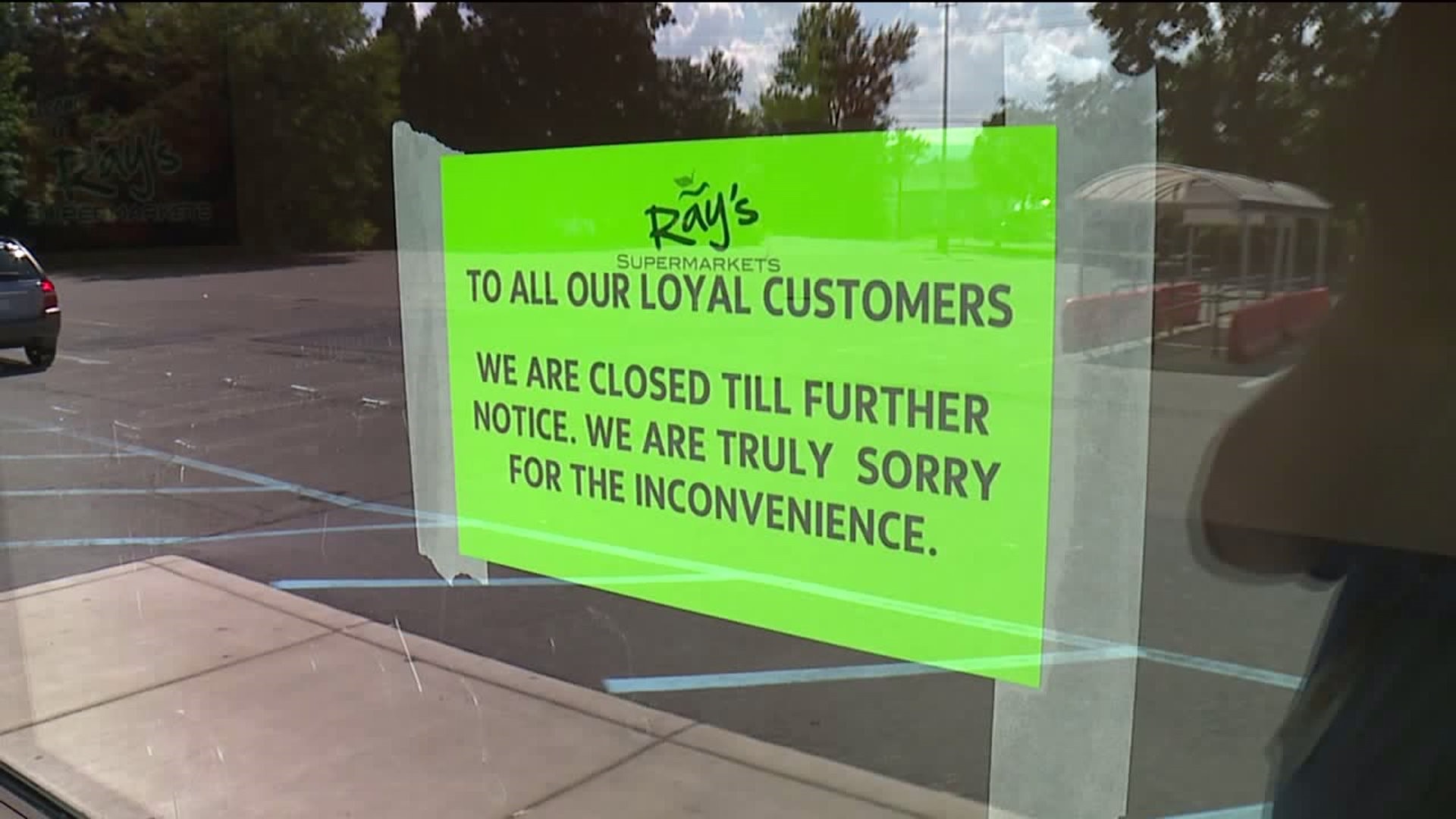 Customer after customer tried to walk into Ray's ShurSave in Old Forge only to be disappointed.

"I'm hoping it will reopen. you know, next time when I come in I'll be able to shop here."

The closure didn't come as a surprise to all of the shoppers we spoke to. Some of them told us they've seen the signs on the shelves.

"I wasn't really that surprised," Todd Hines said. "I've been coming here the last, maybe month, month and a half. All the shelves have been empty. I don't know, you don't want to just ask, 'hey, are you going out of business?'"

A sign on the door indicated that the closure may only be temporary. There was an employee inside moving inventory from the shelves to the front entrance.

"I guess I'll be head down to Weis or Gerrity's on Birney Avenue. But, that's a shame because it's so close," said Hines.

It's also in a shrinking class of locally owned grocery stores which face a lot of big-box competition.

"There's other grocery stores which I see in Taylor, Walmart. My sister shops at Walmart for her food, so maybe that's affecting this," Grzan said.

We reached out to Ray's which has other locations in Wayne and Susquehanna Counties but we have not heard back.