The animal shelter in Lackwanna County is no longer accepting the surrender of cats until further notice because of an influx of cats, and a decline in adoptions. 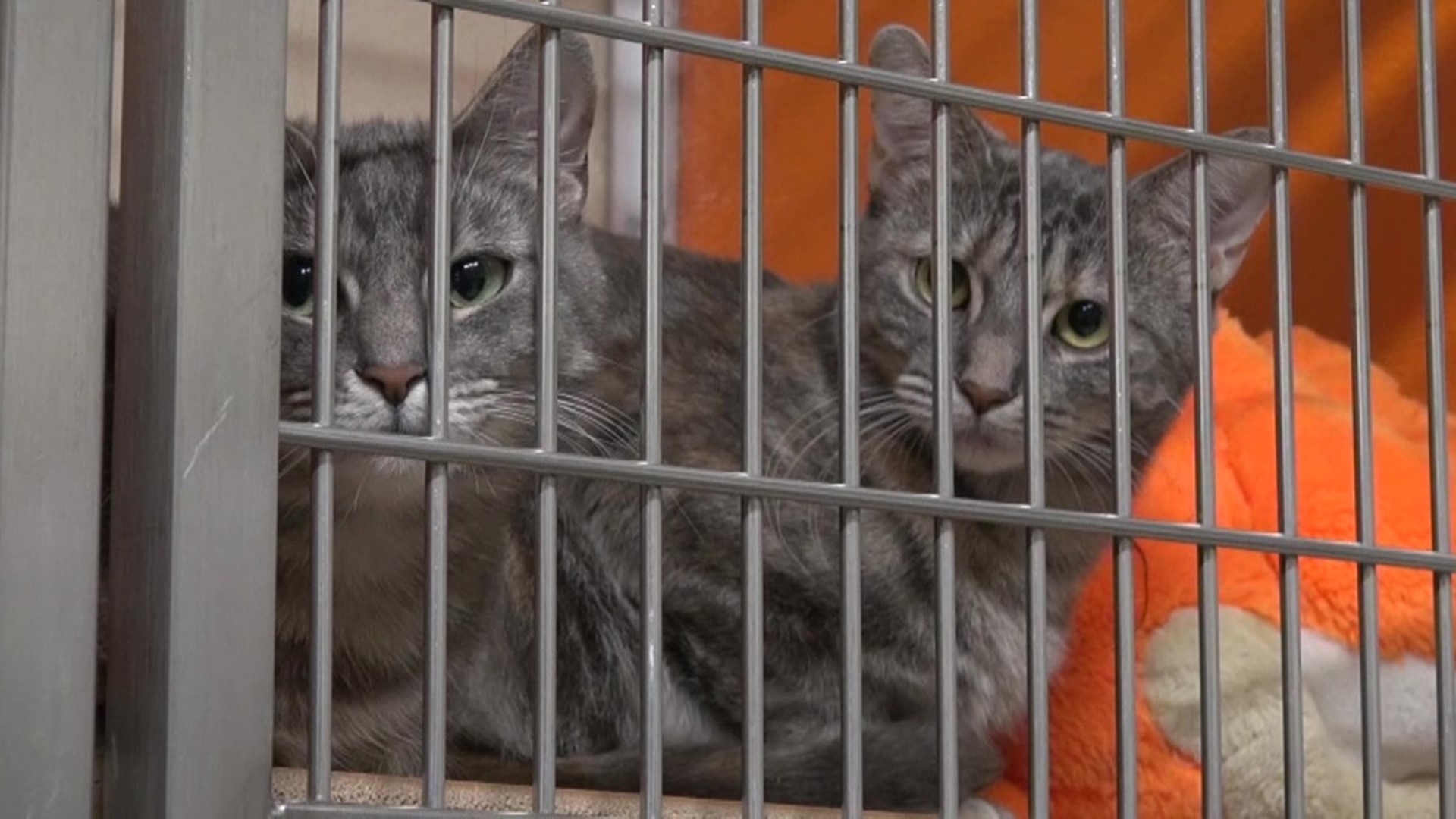 LACKAWANNA COUNTY, Pa. — If you are looking to adopt a cat, there are plenty of options at Griffin Pond Animal Shelter in Lackawanna County, nearly 170 options, to be exact. The adoption room is at capacity, and there's an overflow of cages in the lobby.

"It's just an influx of cats, and we need to take a breather to kind of control it," said Jacob Torba, Griffin Pond Animal Shelter.

Because the animal shelter in Lackawanna County is nearly at double its capacity, it will no longer be accepting the surrender of cats until further notice. Employees say they want to adequately be able to care for the almost 200 cats that are at the shelter with the space and resources they have.

"We have cats in pop-up cages throughout the shelter, just the minimum staff, we're just trying to keep up with all of them," Torba explained.

Employees at Griffin Pond say they are not seeing as many adoptions right now, either, which isn't helping.

"We have seen numbers like this before where we have had a little bit over 150 or so, and that's been OK because we have been able to handle it and we've been able to adopt them out just as quick, but right now, things seem to be at a standstill," Torba said.

He thinks the lack of adoptions has to do with the pandemic and people losing their jobs. He says adopting, donating, or volunteering at Griffin Pond are all ways to help solve the problem, but there is something else you can do if you find a stray.

"Try to TNR — trap, neuter, release. That helps out with the community cats and helps reducing the population," Torba explained.

Because the fewer cats that reproduce on the streets, the less likely their offspring are to end up in a shelter.