JOHNSON COLLEGE — Battling decades of stereotypes at Johnson College in Scranton, some young women learned the trades aren’t just for men. On this f... 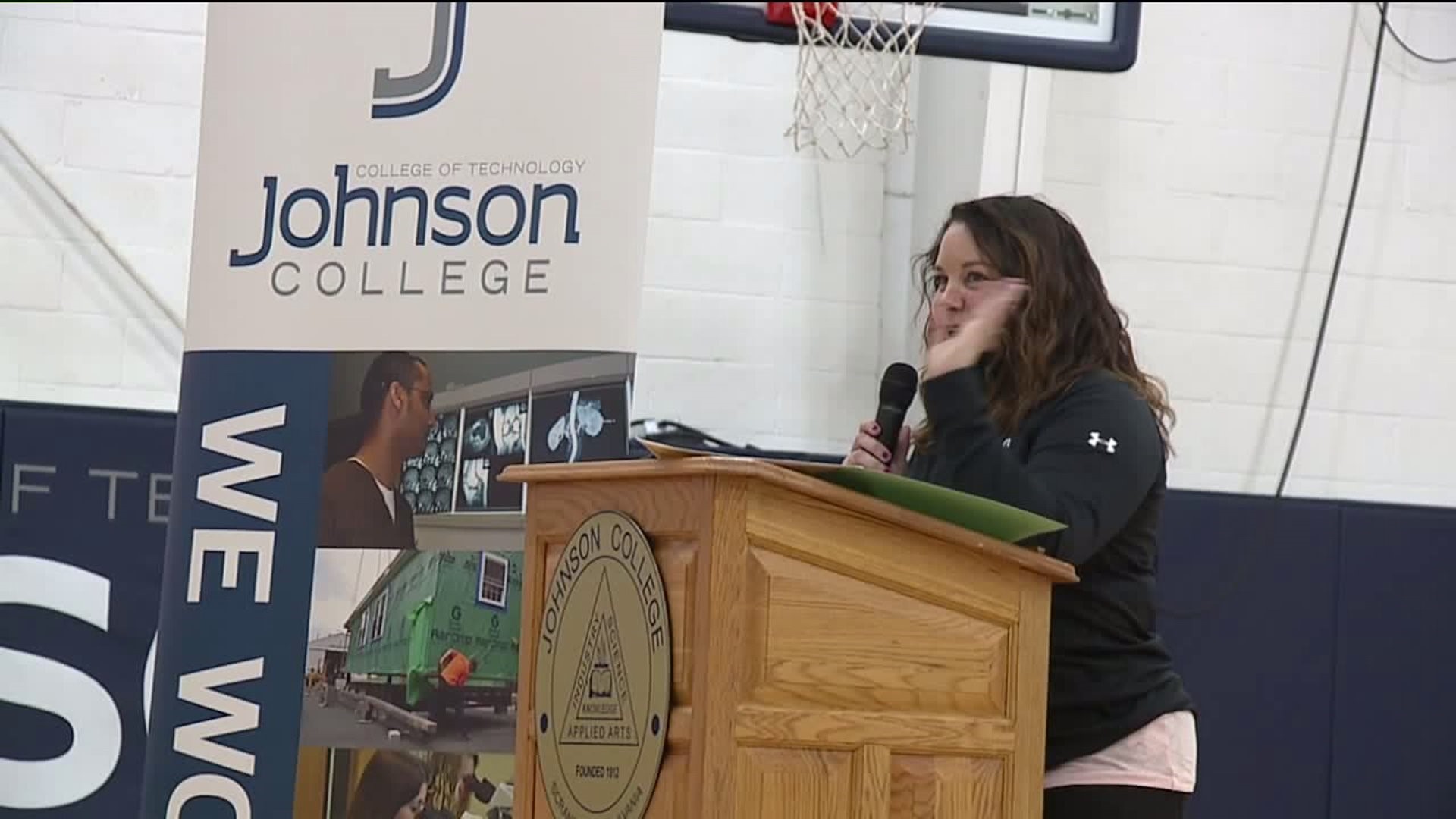 On this freezing cold morning, this was called "Girls on Fire" at Johnson College in Scranton.

Rozalie Smith from Tunkhannock Area came to learn what Johnson has to offer, strongly considering something STEM, or building-trades related.

And that's what "Girls on Fire" is all about -- battling years of thinking about what jobs are good for women, and what ones are good for men.

Healey feels "Girls on Fire" has been a success in the past. She sees it on the faces of the girls. They walk in with fear. They leave with optimism.

For Sydney Swan, a senior from Lackawanna Trail, Johnson College and electronics are in her future. Swan has no fears entering what some feel is a man's world.

"I think it will work in my favor," said Swan. "There's not a lot of females in the STEM programs and i want to be one of them."

It could be a while before we learn if the sixth annual Girls on Fire at Johnson College was successful. Many of these young women have a few years before they decide on a career.