Getting ready for outdoor dining

Restaurants can start offering outdoor dining on Friday, but for restaurants that don't have patios or decks, they've had to get a little more creative. 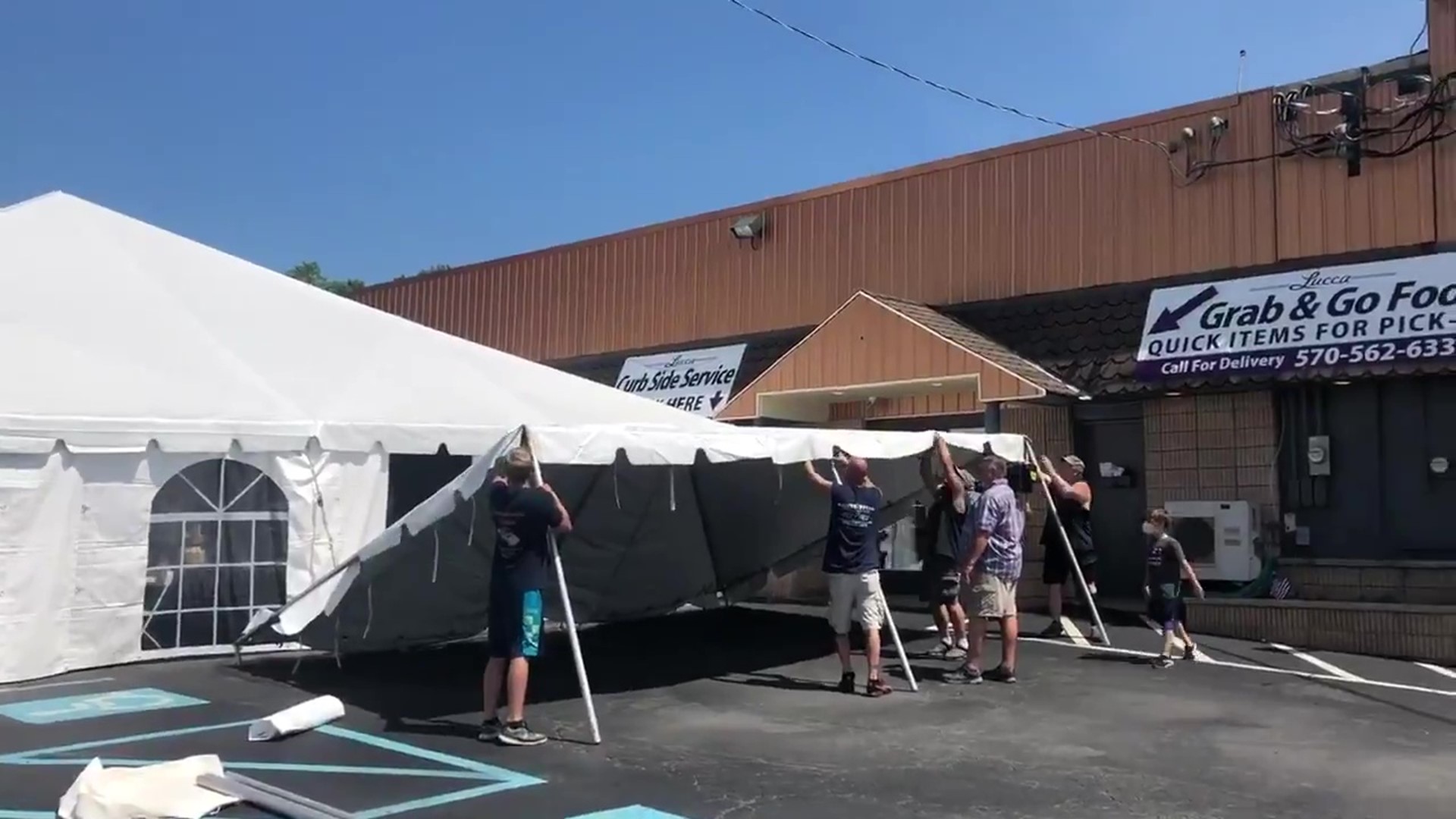 LACKAWANNA COUNTY, Pa. — It might look like we're at a wedding or a graduation party, but we're actually at Lucca Restaurant in Taylor, and if you're planning to come here on Friday for lunch or dinner, you'll be sitting in a tent.

This restaurant doesn't usually have any outdoor seating, but that wasn't going to stop the owner from his chance to finally reopen his doors.

This probably isn't what owner Len Krappa had in mind when he thought of reopening his restaurant for sit-down service. But then again, he never expected he'd be forced to close in the first place.

"What we're trying to do is to create an opportunity to make business. We put up this outdoor tent, we're going to put up another one so we can bring people back to work and also to serve our customers that have been longing to go out to eat again," said Krappa.

Lucca Restaurant in Taylor will join the many restaurants across Pennsylvania in opening up its doors for the first time in months on Friday.

"I'm looking forward to seeing everybody again. I'm on Facebook a lot, and my customers will constantly private message me and say, 'Open up, please!'"

Relying on take-out for the past few months has cut Krappa's profits and caused him to lay off some employees. He'd much rather welcome his customers back into the dining room, but if putting up a tent is a solution, he'll take it.

This isn't just helping restaurants get back in business. Other businesses are also benefiting.

Mike Lombardo is the president of Pittston-based Rainstopperz Tents and Equipment. He was at Lucca on Thursday to finish putting up tents outside the restaurant - one job out of his now very busy days. It's been a much different story than the last few months, with canceled large gatherings shrinking the need for tents.

"Since last week, we've been getting calls left and right," said Lombardo. "We were slow, we maybe had one call a month, if we were lucky."

But ever since Governor Wolf announced outdoor dining is allowed starting Friday, Lombardo's been slammed.

Krappa doesn't expect to be overwhelmed on Friday. He still thinks a lot of people are nervous about going out to eat. But he thinks by the end of the weekend, the restaurant will be in full swing again.