SCRANTON, Pa. — An agency contracted with the city of Scranton to collect delinquent garbage fees says it has an idea that could help the city recoup some... 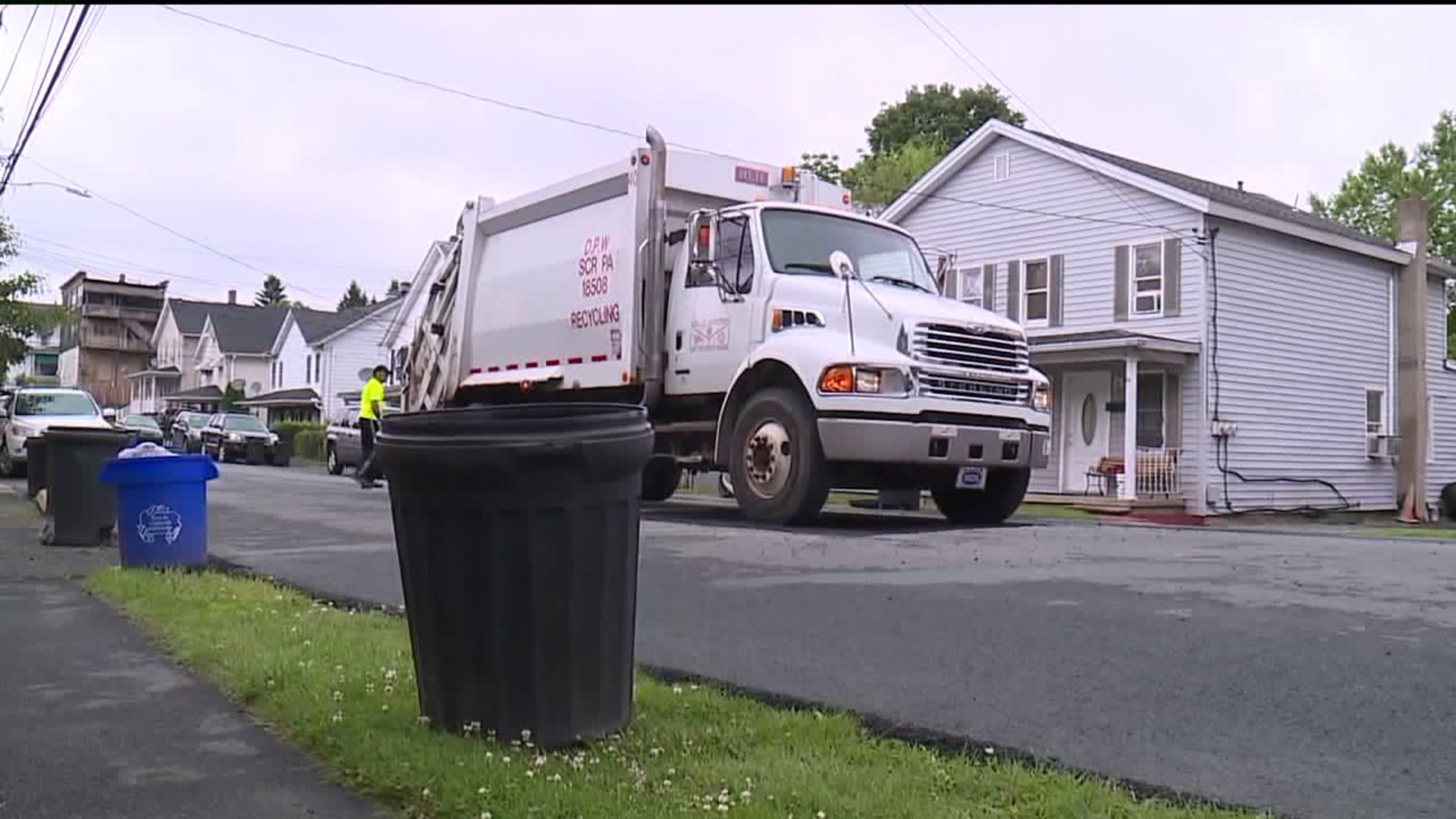 SCRANTON, Pa. -- An agency contracted with the city of Scranton to collect delinquent garbage fees says it has an idea that could help the city recoup some money owed to City Hall.

City officials started a serious discussion about delinquent garbage fees earlier this year when it was discovered that one school board member owed tens of thousands of dollars to the city.

As it turns out, the school board member is not alone. The city's outside collection agency says about $7 million is owed in back garbage fees and interest and that agency has proposed a more aggressive approach to get that money back.

The Scranton DPW picks up garbage and recyclables every Monday morning in parts of south Scranton and west side, and every time a garbage bill comes in the mail, thousands of city residents pay it.

When news broke earlier this year that detailed just how much money Scranton is owed in garbage fees, it shocked and frustrated many residents who are paid up.

Sean Shamany works for Northeast Revenue Service, the collection agency that contracted with Scranton in 2012 to collect delinquent fees. He says there's $7 million the city could earn from late fees and interest.

"It's not unusual, not for the size of the city of Scranton. I understand what the average taxpayer is saying, the average ratepayer, because it's not fair to them," said Shamany.

Northeast Revenue Service is proposing a new idea. They started putting liens on delinquent properties in 2012. Now, they're asking the city to send about 10 properties belonging to some of the worst offending garbage fee scofflaws to sheriff's sale.

"I think it's the next step because as I stated, with the liens, the city's interest is protected, but that could be paid off three years, five years, 10 years down the road. It's protected, but the city wants instant gratification to get that money in quicker, and this is one of the ways to do that."

The agency is even willing to cover the legal costs of the process. Northeast Revenue only makes money when it collects late fees at a rate of 15 percent.

Most of the city residents we talked to support the idea.

"I think that people who haven't paid owe the rest of us who have an obligation to. It's just the right thing to do," said Clifton Prokop.

"And they got to follow it, keep up with it. Don't say, 'Oh, OK, we got it started, looks like it's going to work,' then all of a sudden just let it go," John Reese said.

The president of Scranton City Council says he supports the idea, too, though sending properties with delinquent garbage fees to sheriff's sale might require a change in city law. The council president says City Hall is looking into it.