MAYFIELD, Pa. — The news of one popular young man’s death has many people reeling. Brian Swatt passed away Friday in a car crash near Pittsburgh. &#... 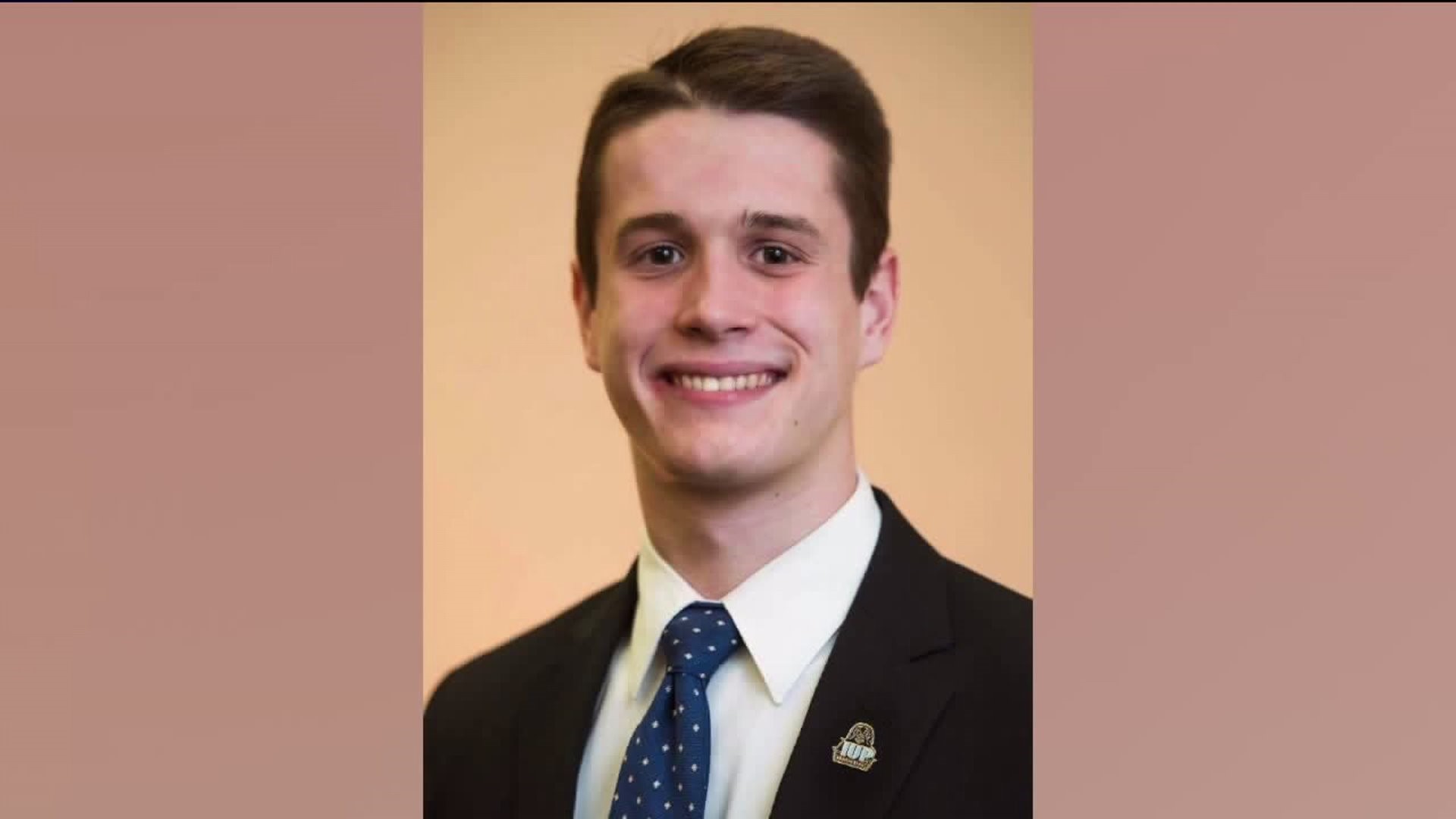 MAYFIELD, Pa. -- The news of one popular young man's death has many people reeling. Brian Swatt passed away Friday in a car crash near Pittsburgh.

"The minute you met him, he was your friend," said Ron Ryczak, friend and former Boy Scout trooper leader of Swatt's.

That's how so many people across Lackawanna County are remembering Swatt. The 21-year-old Mayfield native, who graduated from Lakeland High School, passed away Friday in a one-car crash outside of Pittsburgh.

"Very bright," Ryczak said. "Articulate, friendly, helpful. As he learned his scout skills, he turned around and taught the other boys, and as he got older, he took on leadership positions and the boys followed him because he was just that type of a person."

According to police, Swatt went through a stop sign, then went over an embankment. His car then landed on its roof.

Swatt was a junior political science major at Indiana University of Pennsylvania, previously served as president of IUP's student government association, and was a member of the board of governors for the state system of higher education.

Swatt was currently working for State Senator-elect Joe Pittman and was very well known in the boy scouts community.

"Losing Brian is extremely tragic," David Srebro, Brian's former boss said. "It's a humongous loss beyond compare. A young man on a burgeoning career of his life. Incredible individual with so much potential, so much going for him, so many things that he was involved in and well regarded in every single one of them."

"We often joked, and this was while he was in the scout troop, we joked that one day we're going to be voting for him for some position because that's where he seemed to be headed," Ryczak added.

A GoFundMe page has been set up to help Swatt's family.

A funeral mass for Brian Swatt is scheduled for Monday, June 17, at 9:30 a.m. at Sacred Hearts of Jesus & Mary church in Jermyn followed by a celebration of life at Fiorelli's in Peckville.