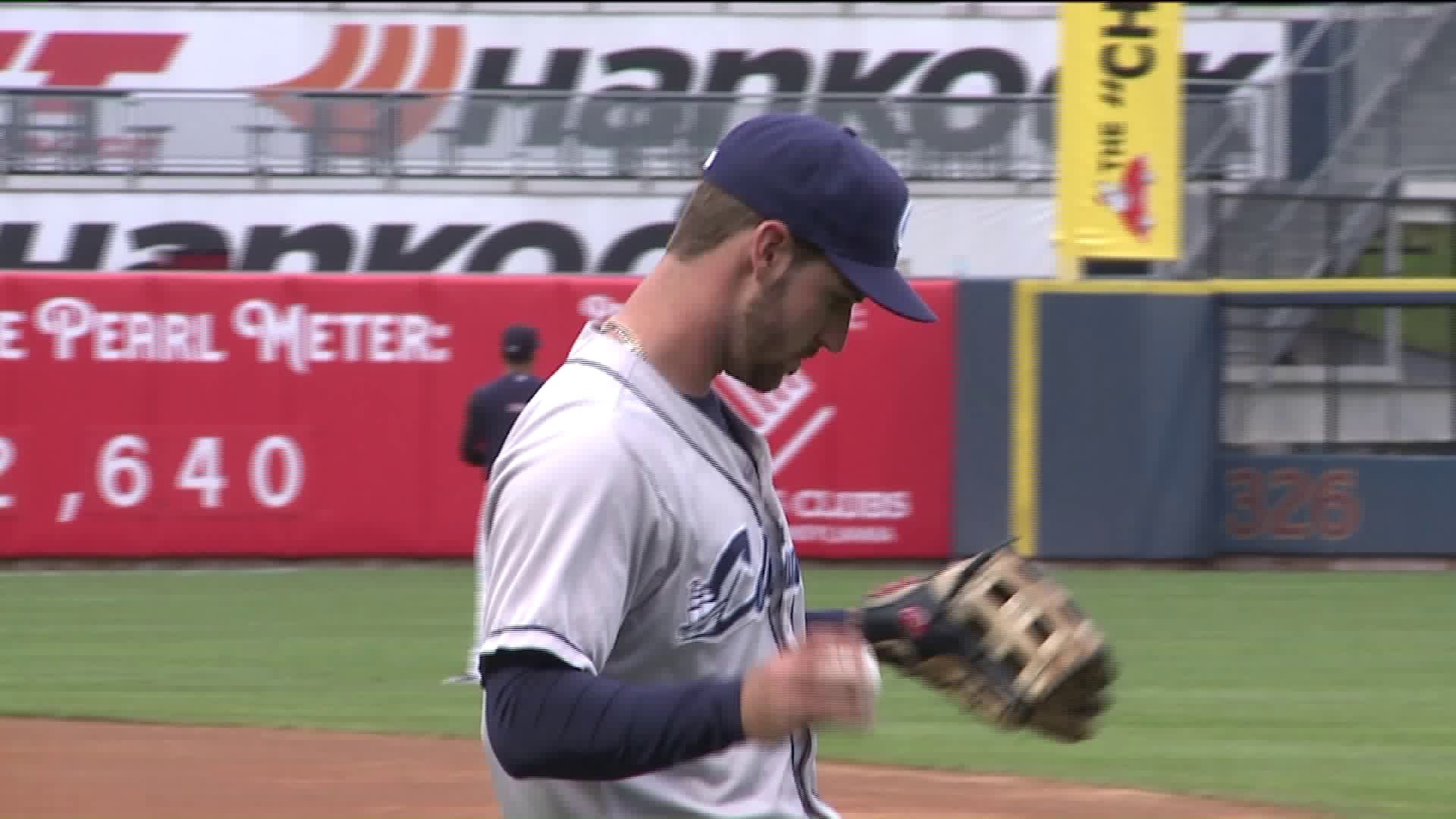 MOOSIC -- A former high school baseball star from Tunkhannock returned home to a field of fans.

Mike Papi, a 2011 graduate of Tunkhannock Area, now finds himself one step from the major leagues.

He joined the Columbus Clippers as they faced the Scranton/Wilkes-Barre RailRiders in Moosic Tuesday night.

The crowd was all Tiger pride as people from Tunkhannock packed the stadium.

Papi may be the right fielder for the Columbus Clippers, but at PNC Field, he's already got a strong fan base, despite the fact he's facing off against the home team, the Scranton/Wilkes-Barre RailRiders.

"I've known Mike since we were in middle school. We played basketball together, so it's pretty cool to see him play right here in his hometown," said friend Matt Stephenson.

Papi got called up to the Cleveland Indians top minor league team on Sunday.

His parents were front and center behind home plate Tuesday night.

"It's a very proud moment, of course. He's had a lot of history here. It's just six years ago that his team, Tunkhannock, won the district championship here. I think it was a week later we had his graduation party here," said Joe Papi, Mike's father.

In 2011, Mike and the Tunkhannock Tigers beat West Scranton for the district title at PNC Field.

Mike went on to play baseball at the University of Virginia before being drafted into the Indian's minor league program.

"It's very neat to see how he came up through the program. It's very cool," said Michael Astegher of Tunkhannock. "Someone from Tunkhannock, there's not that many players that come from around here that have made it that far, so it's very neat."

"It's great for the kids seeing somebody make it this far and to follow him through the leagues," said Brian Astegher of Tunkhannock.

On Wednesday, the Clippers and RailRiders will play a double header at PNC field. Coincidentally, the sixth grade class from Tunkhannock Area had already planned to attend the morning game as a field trip.