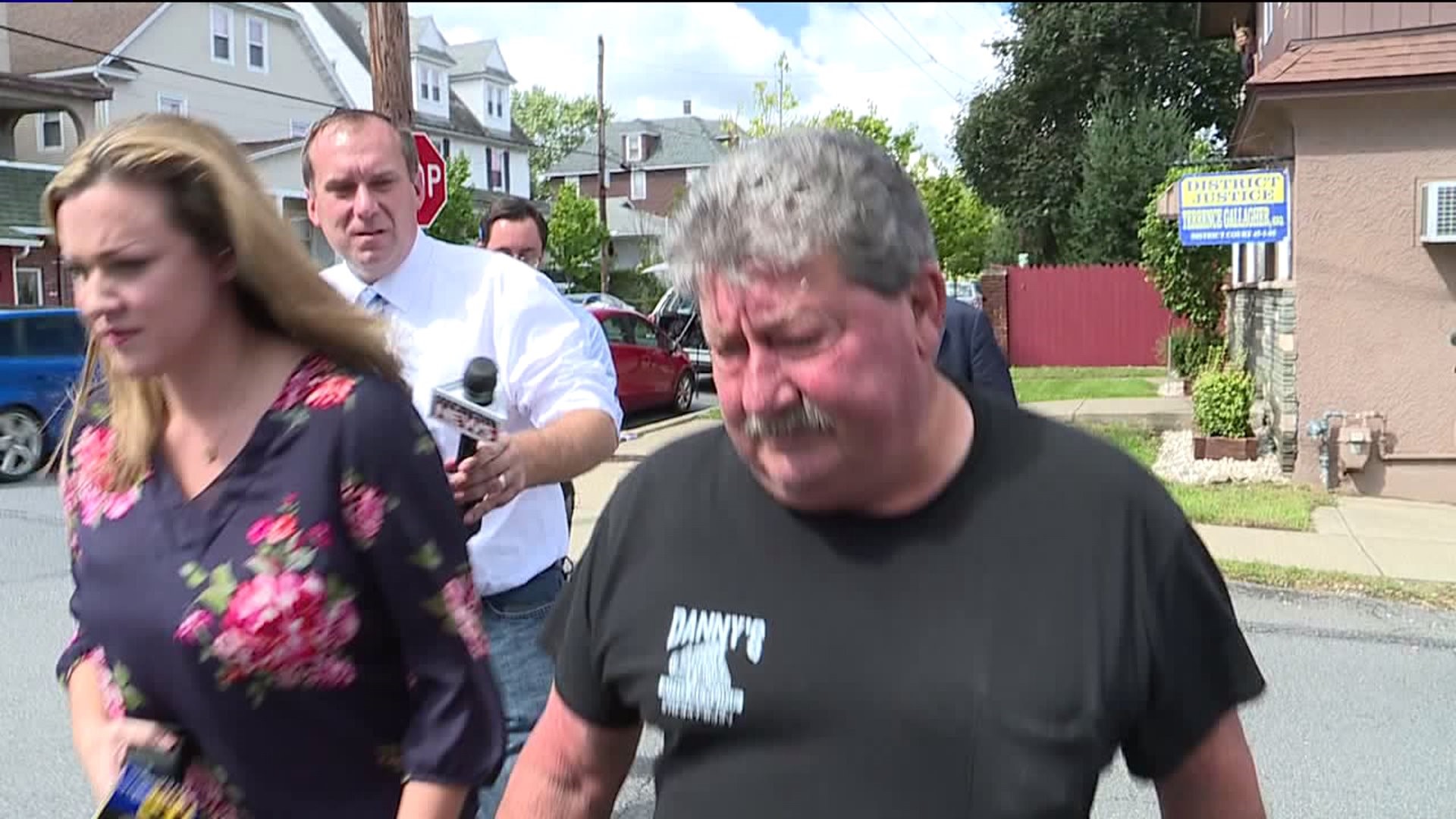 SCRANTON, Pa. -- The state attorney general has filed felony charges against the former fleet manager for the Scranton School District.

The attorney general's office opened an investigation into the district's finances after Pennsylvania Auditor General Eugene DePasquale released an audit on the school district last year. Sansky was a central figure of that audit.

State police and the attorney general's office raided Danny's Auto Service back in May.

According to a grand jury report, they found that Sansky had been providing free auto work to district employees and sometimes double-billed the district for work on its vehicles.

In one instance, the attorney general said Danny’s Auto Service claimed to change 114 tires on one garbage truck over a 40-month period. Sansky submitted separate invoices that he installed eight new tires, then replaced those same eight tires three days later and disposed of the old tires. After Sansky was replaced as fleet manager, that same truck only needed one new set of tires over a seven-month period.

Prosecutors with the state attorney general's office say Sansky is likely just the first person affiliated with the district to face criminal charges.

"This case, like I said, it's going to be ongoing for months, so we will probably be back with other charges against other people, but I'm not at liberty to discuss that," said Erik Olsen, chief deputy attorney general.

Sansky and district officials were criticized last year when the audit uncovered that Sansky and his wife received health benefits from the district even though he was only a contractor and not a district employee. Prosecutors say they looked into it and found the free health care was legal.

"The question of whether that was a wise decision is a separate issue, but it's not criminal," Olsen said.

Paige Cognetti is one of the Scranton School Board members who led the charge to get the state attorney general involved. She says Sansky could be responsible for costing the district more than $1 million.

"We can't get back to solvency without the public trust. We can't get there if we still have malfeasance going on within the district. I do think this board is committed to rooting that out. We face an uphill battle, but this is very, very helpful in that effort," said Cognetti.

The grand jury presentment released on Tuesday also names an unidentified co-conspirator who allegedly allowed Sansky to submit invoices without anyone else at the district looking over them. Prosecutors say that co-conspirator is unnamed for now and is a former employee of the district.