SCRANTON, Pa. — A 10-year-old girl originally from Scranton is receiving national recognition for her handwriting. That’s an amazing achievement for... 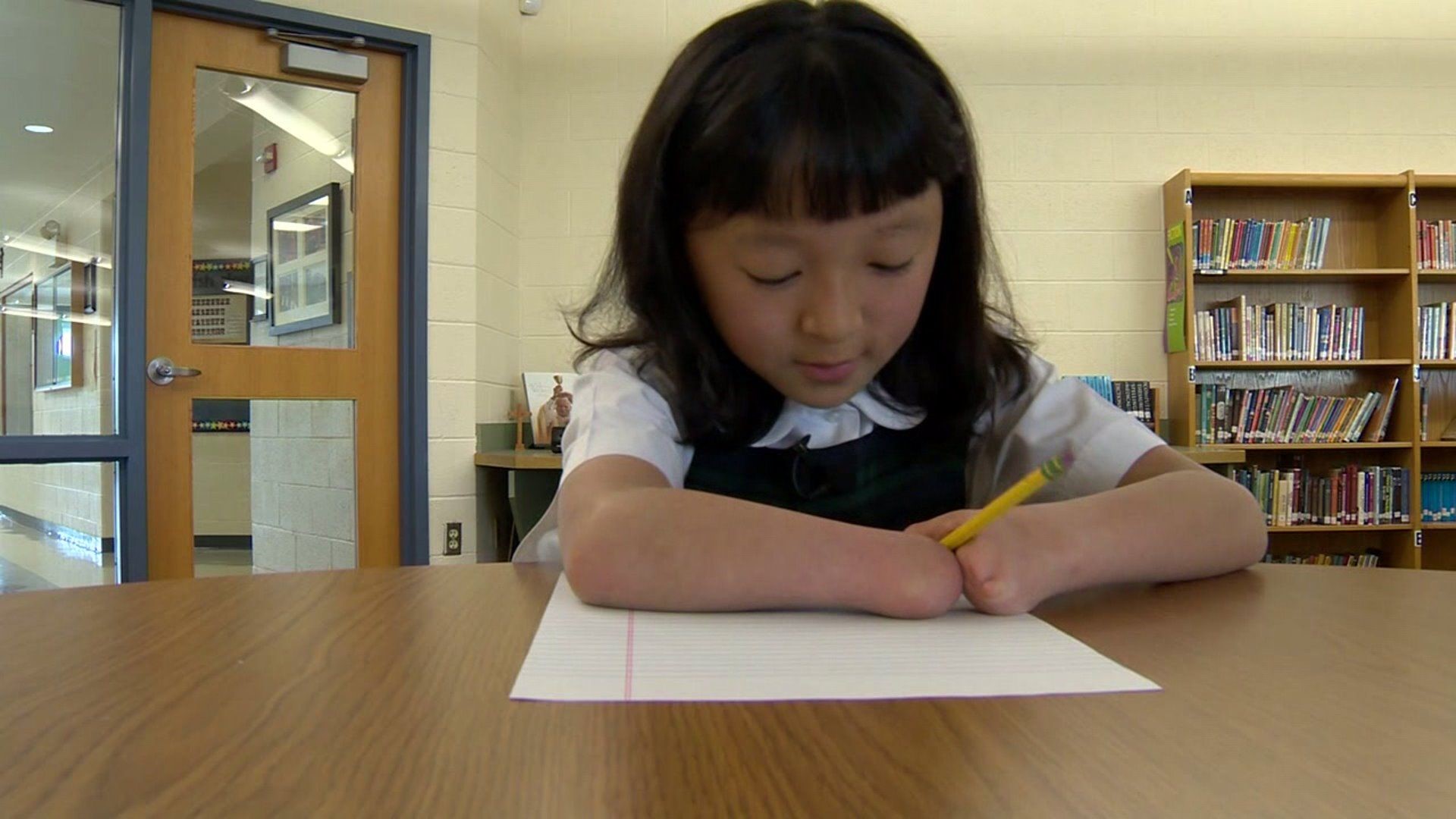 SCRANTON, Pa. -- A 10-year-old girl originally from Scranton is receiving national recognition for her handwriting. That's an amazing achievement for anyone, but it's especially amazing for Sara Hinesley because she was born without hands.

Sara has never let any perceived limitation slow her down. Sara now lives in Frederick, Maryland with her family. They're originally from Scranton.

Sara recently won a national award for her handwriting. It doesn't matter that she doesn't have hands.

"I just try my hardest and put my mind to it and this is what happens!" Sara said.

Sara learned to read and write in her kindergarten class at St. Clare St. Paul School in Scranton.

This year's kindergarten class is currently learning about disabilities.

"Especially in a Catholic school, we try to teach them that Jesus made everybody different, but no matter what the difference is, we can do just about everything. And she's the prime example," said Sara's kindergarten teacher Maripat Burke.

Burke was Sara's teacher when she was a student here about four years ago. News of Sara's national award was not a surprise.

"It was fascinating because, with no hands, we weren't quite sure how we were going to adapt to that, but we didn't have to. She adapted herself," Burke said.

Sara was the kind of student who ended up teaching more than she learned.

"She was an example to everybody in the whole entire school. Everybody thought so highly of that little girl, and we're so proud of her, I'm so proud of her," Burke added.

Sara Hinesley will receive her handwriting trophy in June on her last day of school in Maryland.