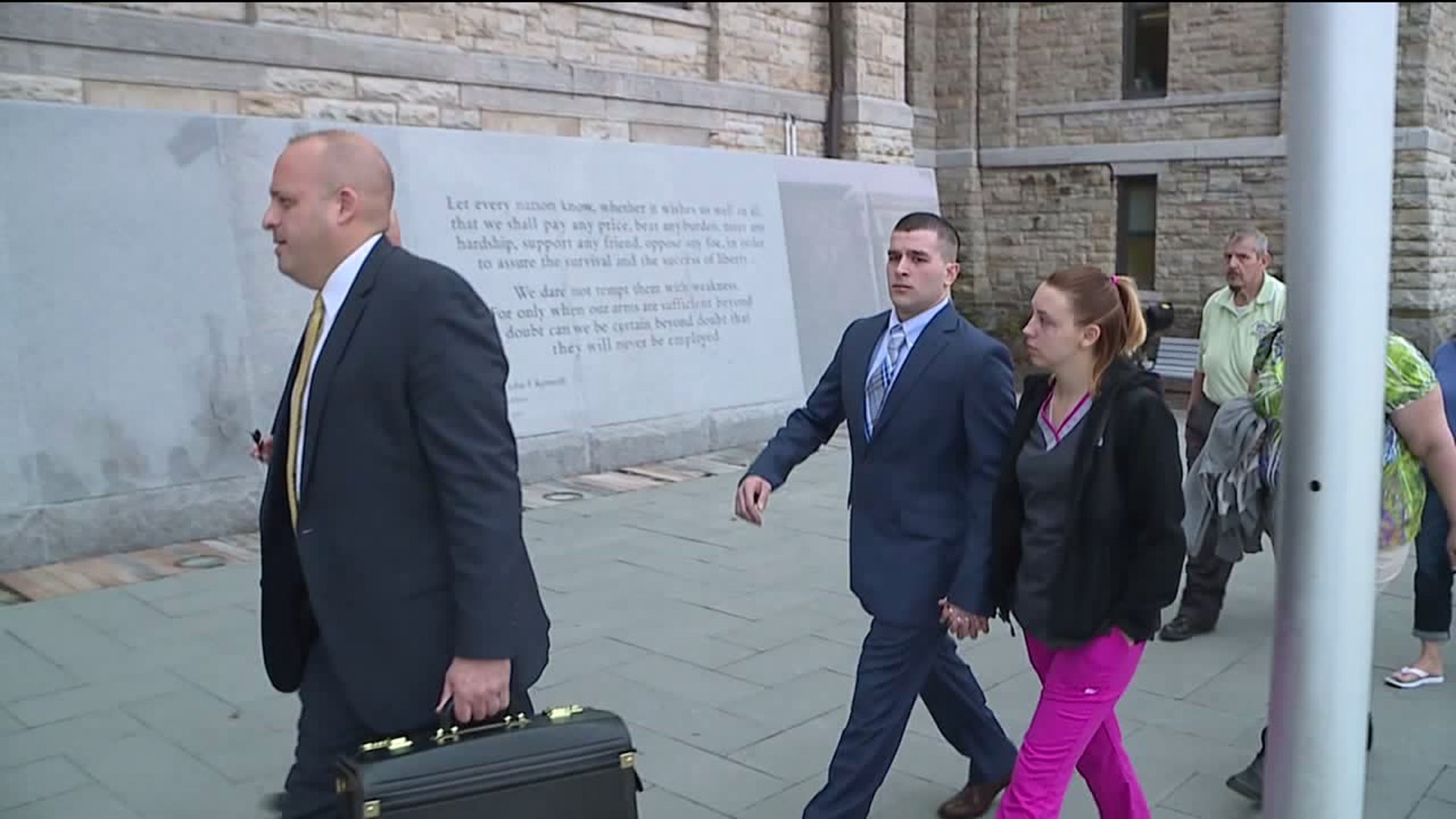 SCRANTON, Pa. -- Former Carbondale police officer Frank Schulze has pleaded guilty to voluntary manslaughter for shooting and killing Joseph Molinaro while off duty back in February of 2016.

Voluntary manslaughter means a killer believes he has the law on his side when the killing happens but that belief is misplaced.

Schulze today he now takes full responsibility for Molinaro's death, something Molinaro's family has waited a long time to hear.

"It was an unjustified killing, he was a bad cop, he made a bad decision," said Lackawanna County District Attorney Mark Powell.

Powell says a plea deal between prosecutors and a former Carbondale cop resolves a controversial case.

Schulze was off duty back in February of 2016 when he pursued Joseph Molinaro after an argument with his police weapon drawn. Schulze eventually shot and killed Molinaro.

"I feel a sense of relief that he finally admitted that he did it, that he shot and killed Joey. That is a relief to me that it's over and we can move forward," said Susan Molinaro, the victim's stepmother.

Molinaro's family gave the OK for the plea deal to go forward.

As a part of the deal, Schulze must serve at least one more year behind bars. He's been locked up since March of 2016 when his was first charged with homicide.

Schulze also can never be a police officer again.

"We talk about it, we talk about what Frank's going to do. He wants to serve his community and he will do it again. He just can't do that as a police officer," said Schulze's mother Meredith Woolverton.

Schulze's mother says she didn't support the deal at first but as the trial, set for September, drew closer the risk didn't seem worth it.

"You can't gamble. You can't take dangerous risks. And I think this is something that did bring finality to this entire process," said defense attorney Corey Kolcharno.

Officially, Frank Schulze's sentenced is 30 to 60 months in jail. He's already served almost all of that minimum sentence. But the judge ordered that he cannot ask for parole until another year has passed.