SCRANTON, Pa. — There are some things most of us just wouldn’t attempt. Running into a burning building might be one. Running 13 miles in full firef... 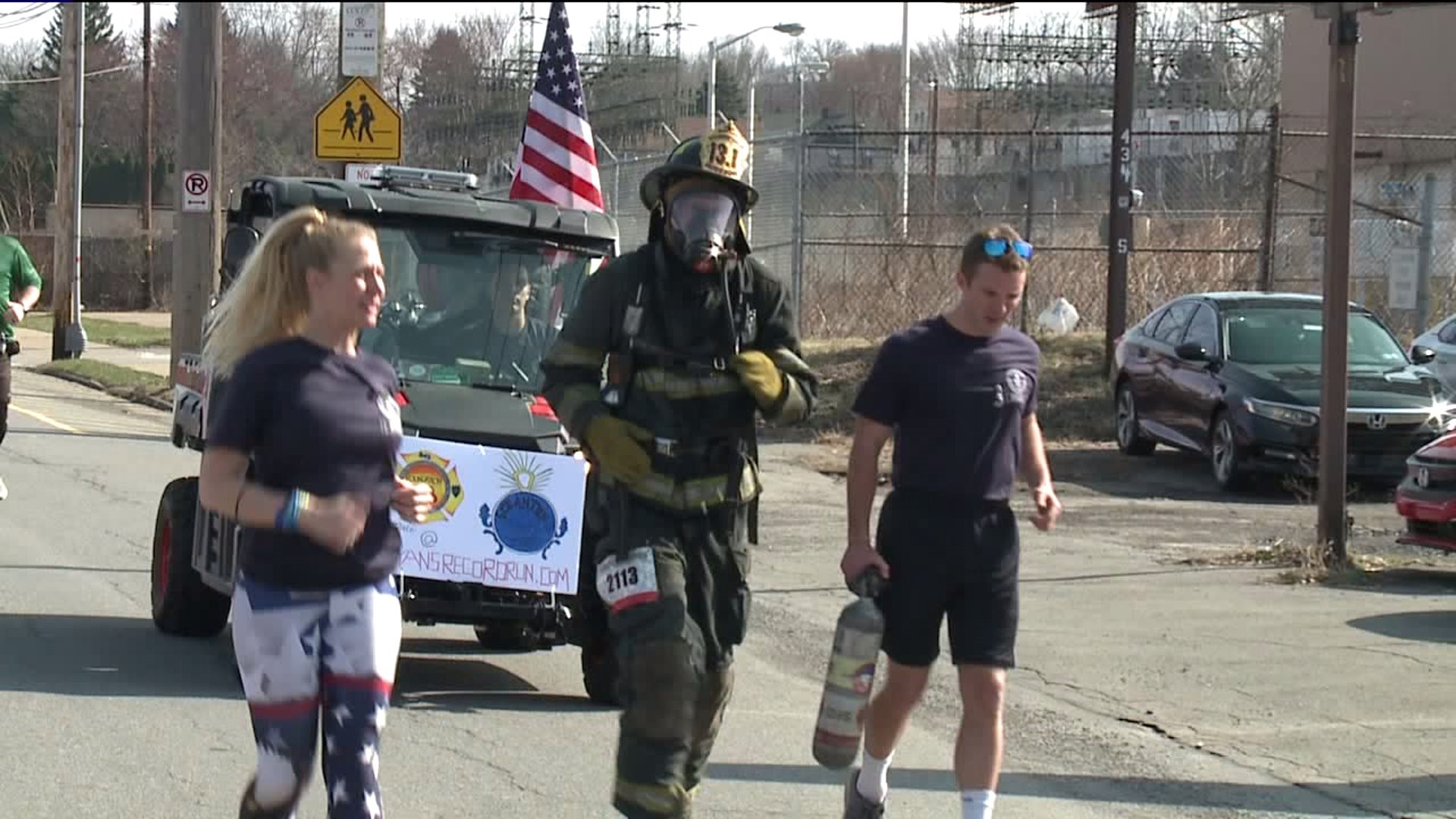 SCRANTON, Pa. -- There are some things most of us just wouldn't attempt. Running into a burning building might be one. Running 13 miles in full firefighter turnout gear might be another.

But Ryan Robeson is not like most of us.

Robeson is a former Scranton firefighter and current firefighter in York. He set out to run a half marathon through his hometown of Scranton, wearing everything a firefighter wears on the job: the coat and pants, the heavy boots, all while breathing from an oxygen tank. Fellow firefighters helped him switch out his tanks along the route.

"I hope that people can appreciate the amount of effort, not that I'm putting forth, but our firefighters put forth. When there's an actual structure fire and the guys go into a job, it's much more taxing on the body than my half marathon will be," Robeson explained.

Only a firefighter could truly appreciate what he is attempting.

"When he approached me about that, to help with the logistics portion of it, I said, 'Well, of course you're going to do that, it's the craziest thing I've ever heard,'" said Scranton firefighter Kyle Savage.

Robeson did some of his training at Rescue One on Wyoming Avenue in Scranton.

This is a race he's been preparing his whole life for.

"Ryan's story is, you know, his story coming up, growing up, his journey to the fire department itself, that'll give you the chills," said Savage.

Robeson was born into a firefighting family and knows better than most of us the sacrifices the job requires. His dad, Scranton Fire Captain James Robeson, was killed in the line of duty in 2008.

"What happened with my dad kind of lead me to where I am now in a lot of ways. In my training aspects, I use it a lot for motivation and also for my job to keep me motivated in my career," Robeson said. "I had big shoes to fill. I'm trying to do that."

With every step, he does.

Robeson is trying to do something that may never have been done before. Guinness World Records was even watching as he's trying to set a world record.

The air tanks did, too, running out about every mile. But as with firefighting, Robeson's record run was not a solo sport.

He never stopped, and with his family, fire department, and hometown beside him, he crossed the finish line just a few minutes past his goal of three and a half hours.

No, Ryan Robeson is not like the most of us. And now, he's among the best in the world.