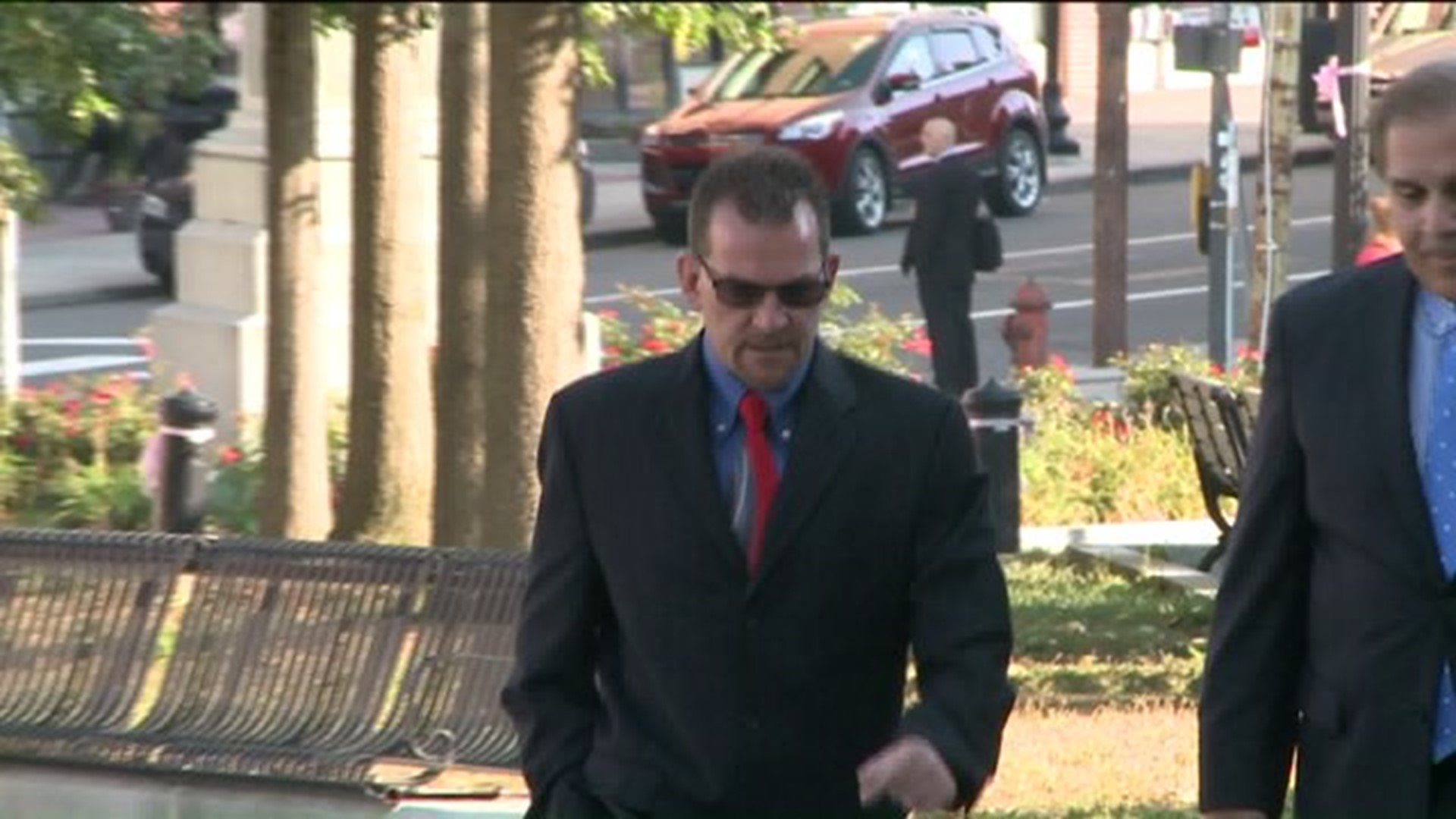 SCRANTON -- A former corrections officer at the Lackawanna County prison pleaded guilty Friday, admitting to sexually assaulting five female inmates while working there. He was then immediately sentenced and the judge went beyond what even prosecutors had hoped for.

Joe Black originally faced more than a dozen serious sexual assault charges but prosecutors offered him a deal to plead guilty to only misdemeanor charges. That could have landed him with only probation.

But the judge gave Black more than an aggravated sentence: almost four years behind bars.

Joe Black has been waiting nearly two years for his day in court, answering to charges that he sexually assaulted several female inmates at the prison over the course of nine years.

His trial was set for Monday. At the last minute, Black's attorney and Lackawanna County prosecutors settled on a plea deal. Black admitted to indecent exposure, unlawful restraint, and official oppression.

Black was sentenced immediately and the judge decided to give him close to the maximum sentence: three years and nine months in state prison with a maximum of eight years, followed by 10 years of probation.

Black admitted to sexually assaulting five female inmates at the Lackawanna County Prison several times between 2002 and 2011. Some of those victims are still incarcerated across the country. Prosecutors say they all hoped to avoid a lengthy trial.

"I don't think any of them really were charging to the witness stand, as a matter of fact, they were not," said Bill Fisher, of Lackawanna County District Attorney's Office.

Black's aggravated prison sentence surprised attorneys on both sides, the judge saying black's position of authority holds him to a higher standard.

"You're responsible for the care, custody, and control of some of the most vulnerable people in our society. Our obligation is to protect them and I think that's what our investigation was about," Fisher added.

Black was sent to state prison immediately after his sentencing. He was originally headed to a prison where one of his victims is incarcerated.

Prosecutors objected and Black was sent to another state prison.