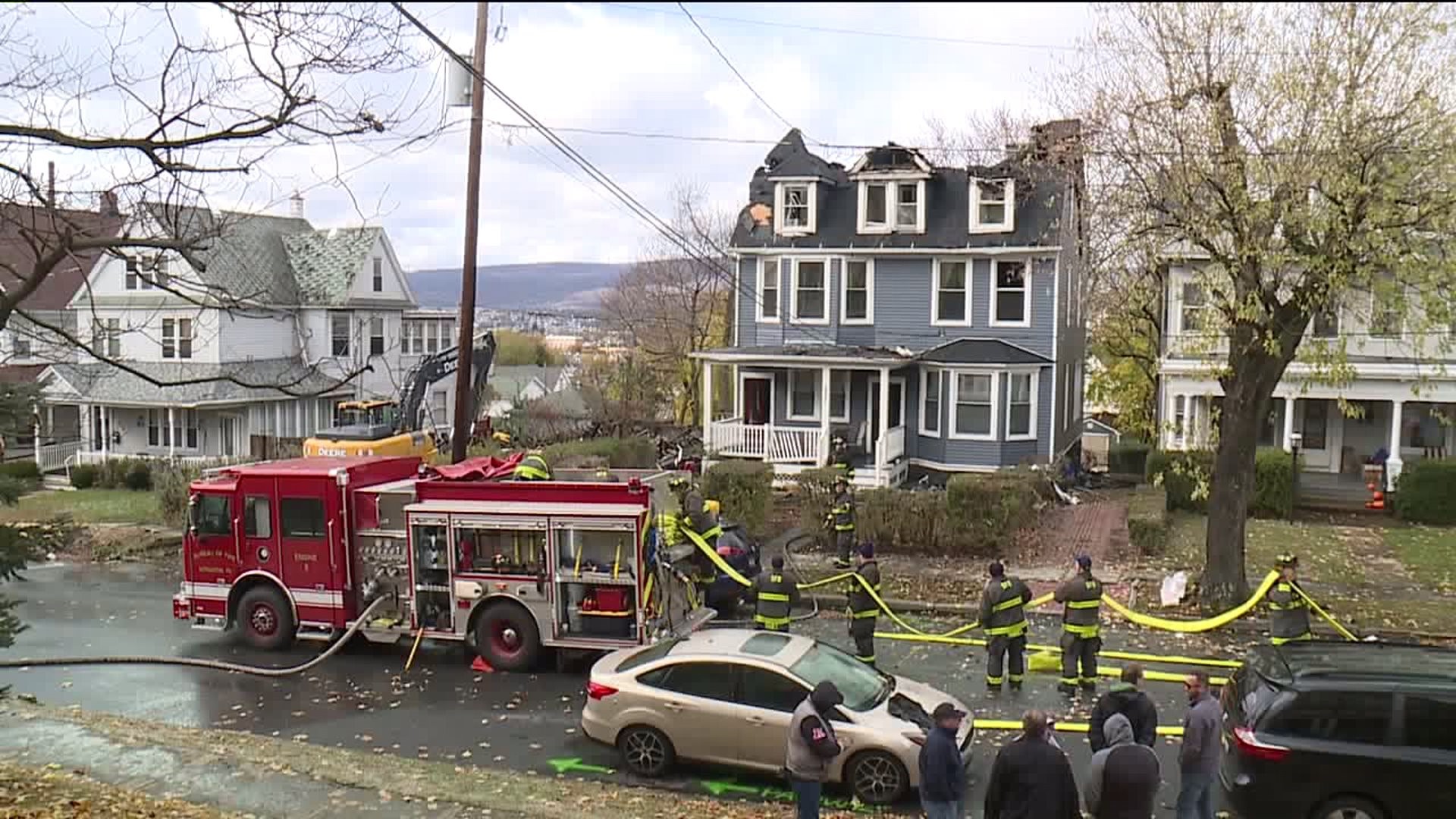 "It's huge, it's bad. I live here since 2006, and I never seen anything like this before," said Gunnar Raharjo, who lives on Wheeler Avenue.

The fire started at a vacant home on Wheeler Avenue just before 5:30 a.m. and spread quickly. The place was being remodeled by a man who lives out of town.

Firefighters said flames jumped to a house next door, ripping through it quickly, but the family inside got out safely.

Then, a family and pets in the next house were forced to flee because of worry that the fire would jump again.

"After a while, it was like, it's time to go, the flames are coming, so we got the kids and the animals all out. The house was filling with smoke, we had to get out of there, and it was scary, it happened so fast," said Arlea Henkle after being forced from her home for safety.

Rescue workers said in all nine people were forced into the cold, and they are being helped by the Red Cross.

"We came downstairs, and I was running around the street here, looking up at our house, and I looked between Mike's house and the other house and I saw the flames making up between the buildings," said neighbor Charles Cortes.

Fire officials say gusty winds made it difficult to get the fire under control. 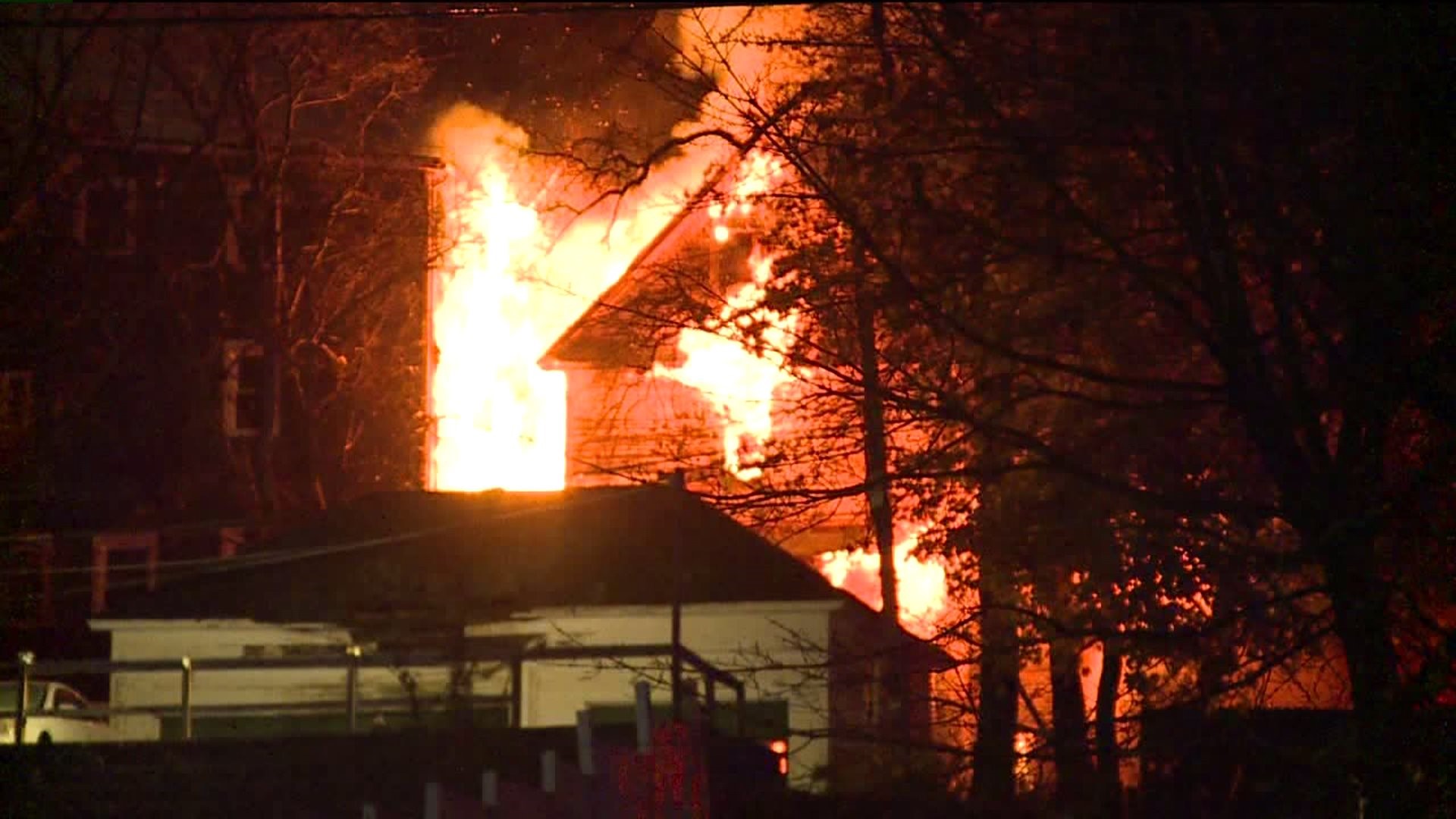 "It was affecting our aerial master stream that we had set up here at the front of the building. Trying to get a large volume of water on the fire quickly is what we needed to do, and the wind was certainly a factor," said Scranton Assistant Fire Chief Jim Floryshak.

"We look out the window, and we can see you know the flames coming out, it's scary, you know? Just worry about your house and your home. We just moved here, so we've got everything into this home," said John Wagnon, who lives nearby.

The homeowner didn't want to speak to Newswatch 16 on camera, but he did tell us he just finished replacing the windows and the front porch, as well as the siding on the home.

"It's very sad that this happened. The house, he just finished remodeling the building, the building looks beautiful. Now it's a total loss," Cortes added.

A family of three who lived next door to where the fire started hopes to rebuild and to find their cat that has been missing since the fire broke out.

Investigators are looking into what caused the blaze. 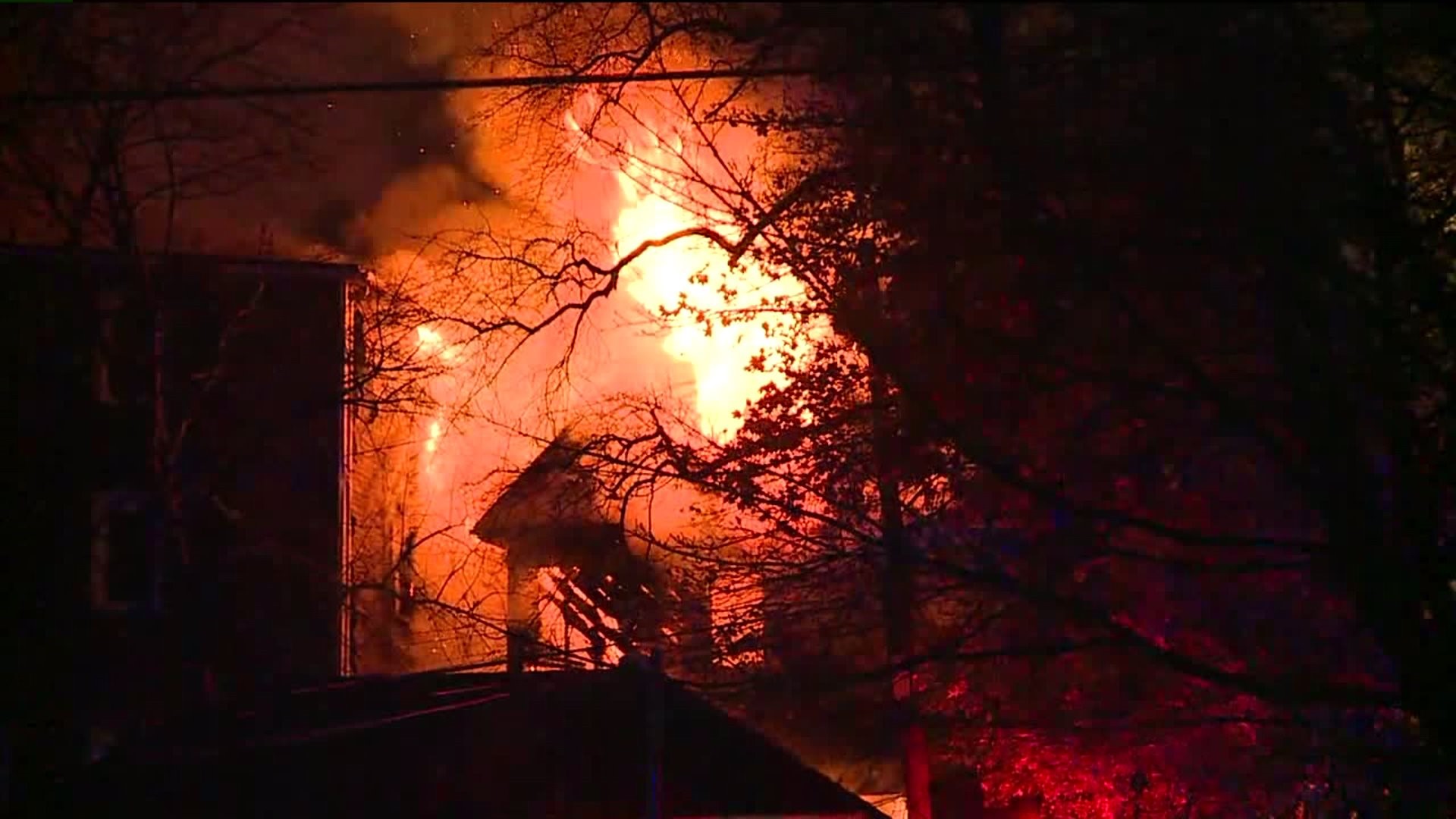