SCRANTON — Scranton police have five people in custody for two separate investigations and are currently trying to determine if they are connected. Police... 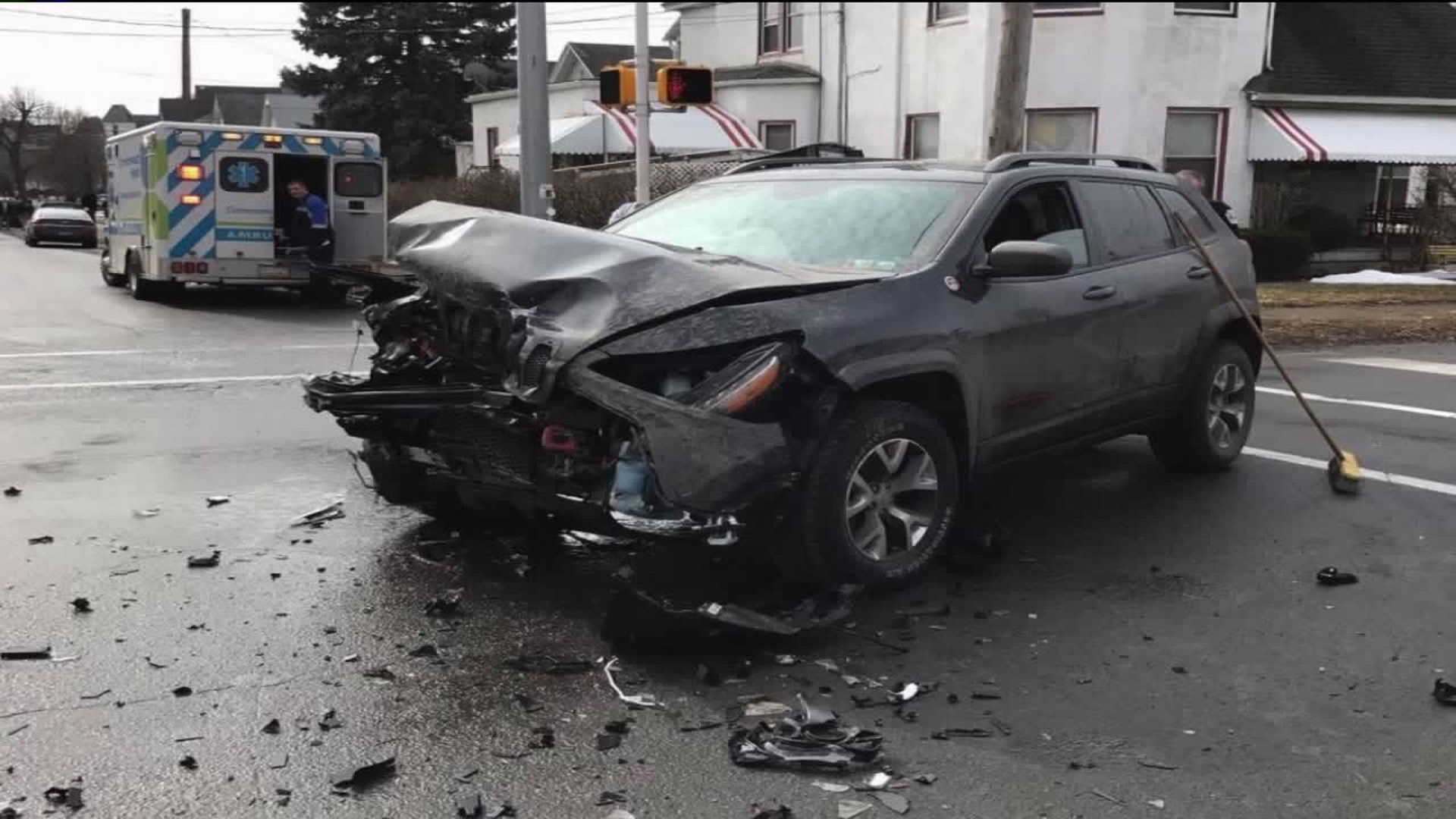 SCRANTON -- Scranton police have five people in custody for two separate investigations and are currently trying to determine if they are connected.

Police say two of the suspects are being charged for stealing vehicles from a repair shop in the city's Green Ridge section.

Pictures of a smashed-up Jeep Cherokee were posted on Facebook by Kelly's Collision after the Jeep crashed into a car at the intersection of Green Ridge Street and Capouse Avenue in Scranton.

Jay Spivak rode by moments after it happened.

“The car was really messed up. It had just a big dent, it got hit hard,” said Spivak.

Police say that Jeep along with a Lexus were stolen from Kelly's Collision late Tuesday night or early on Wednesday.

The Lexus was found Wednesday on Marion Street.

The Jeep was spotted by officers Thursday afternoon in the 900 block of Capouse Avenue.

When officers tried to stop the Jeep, the driver took off.

Police say after the crash two teens tried to run off but they were caught.

The owner of Kelly's Collision says the two were caught on his surveillance cameras, with one of them making an obscene gesture.

“Cameras all over the place,” said Joe Kelly. “I'm sure they knew that they were being videotaped.”

In another investigation, police arrested 18-year-old Nick Smith, 18-year-old Isaiah Lemaire, and a juvenile after stopping them in a Honda on Glen Street Thursday afternoon.

They say the three had a stolen license plate inside the car.

They are trying to determine if the three are connected to the other investigation.

Kelly's Collision employee Amy Lees says she saw the Jeep and the Honda driving with each other earlier in the day.

“There was another vehicle in between them and then there was the Cherokee,” said Lees. “I was appalled, like how are you driving around in a vehicle you just stole.”

Scranton police say they are trying to determine if the Honda was stolen as well.

Police say all five are being charged after Thursday's arrests.