First Use of ‘Kevin’s Law’ in Lackawanna County DUI Case

SCRANTON — For the first time a new state law named for a boy killed in a hit and run is being used to increase the potential jail time for a man from Lac... 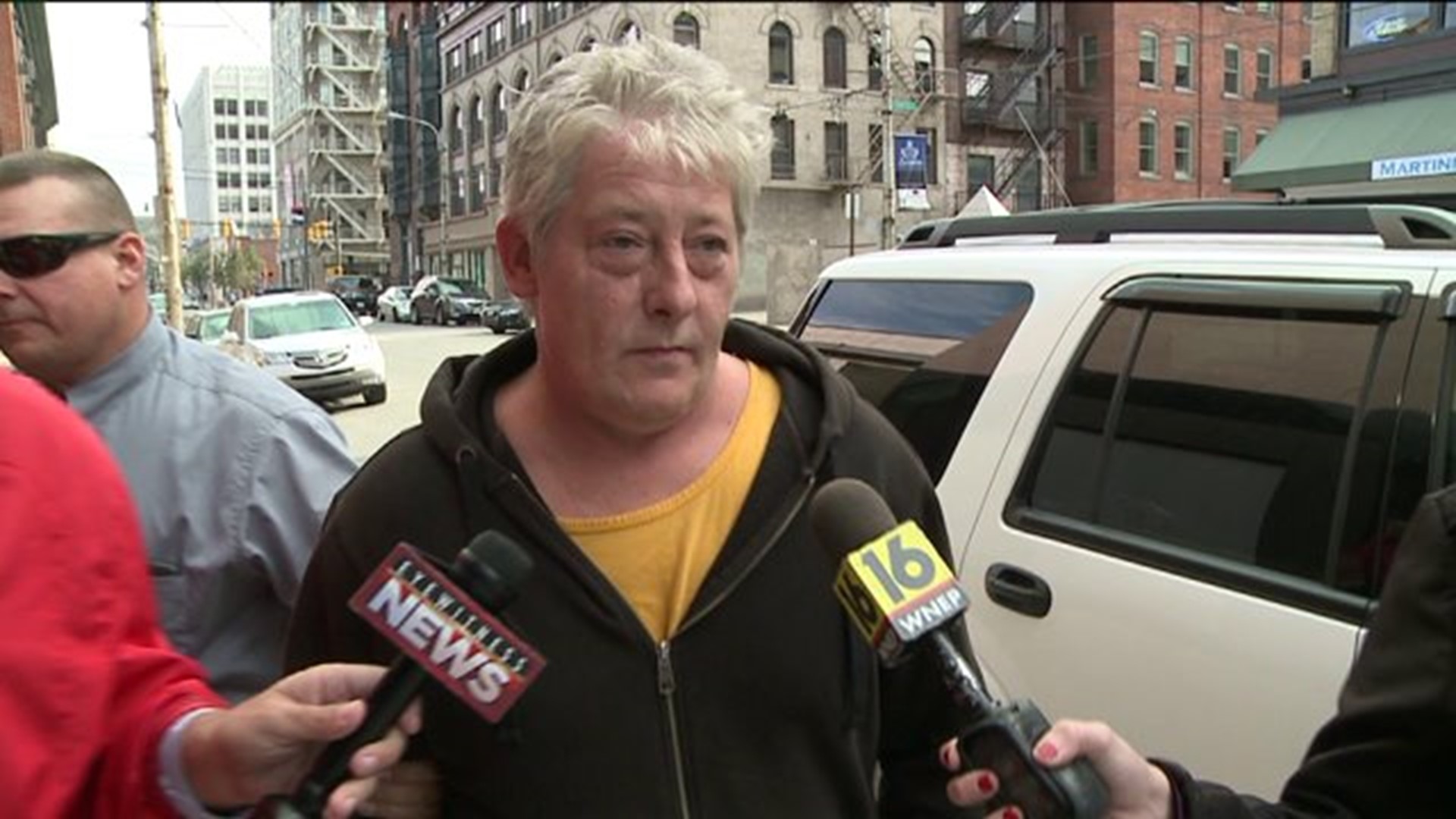 SCRANTON -- For the first time a new state law named for a boy killed in a hit and run is being used to increase the potential jail time for a man from Lackawanna County.

Police say the suspect, David Turano of Carbondale, attempted to flee the scene of a crash that killed a boy and badly injured the boy’s father.

Turano was brought into the Lackawanna County District Attorney's Office where he was charged with homicide by vehicle while driving under the influence and involuntary manslaughter for a deadly Labor Day weekend crash.

Police say Turano crashed into the car driven by Leonard Zupon of Old Forge on South Keyser Avenue the night of August 30.

Zupon had been taking his 12-year-old son Lenny to get ice cream and Turano was turning left into the Diamond Club when the cars collided.

Court papers show Turano's blood alcohol level was .118 at the time of the crash.

"Our thoughts and our prayers are with the family. They're still touch and go, so that's really what our concern is as well," said Samuel Hunter, a neighbor of the Zupons.

He and other neighbors say it's about time Turano was brought in to face his crime.

"Of all the things in the world, drunk driving, it's not like we don't know it's a bad thing. It's not like we haven't been educated on it. I was furious," said Jeanna Lacava.

"I am extremely glad that he is finally taken care of because that's the consequences when you drive drunk," said LeeAnn Hunter.

Police say Turano tried to flee the scene on foot, but was caught a few blocks away.

Prosecutors say Turano's case now falls under the state's newly adopted "Kevin's Law," formed after the death of Kevin Miller, who was killed by a hit and run driver in Wilkes-Barre in December of 2012.

The law increases the mandatory minimum sentence for those who leave the scene of a deadly crash to three years up from just one year.

"It's actually the first time that the new enhancement for sentencing for someone who leaves the scene of an accident would be applicable in a case," said Robert Klein, an assistant district attorney for Lackawanna County.

Turano is locked up in the Lackawanna County Prison.