SCRANTON, Pa. — As a gunman opened fire in a synagogue in Pittsburgh Saturday morning, first responders held the largest active shooter training ever in L... 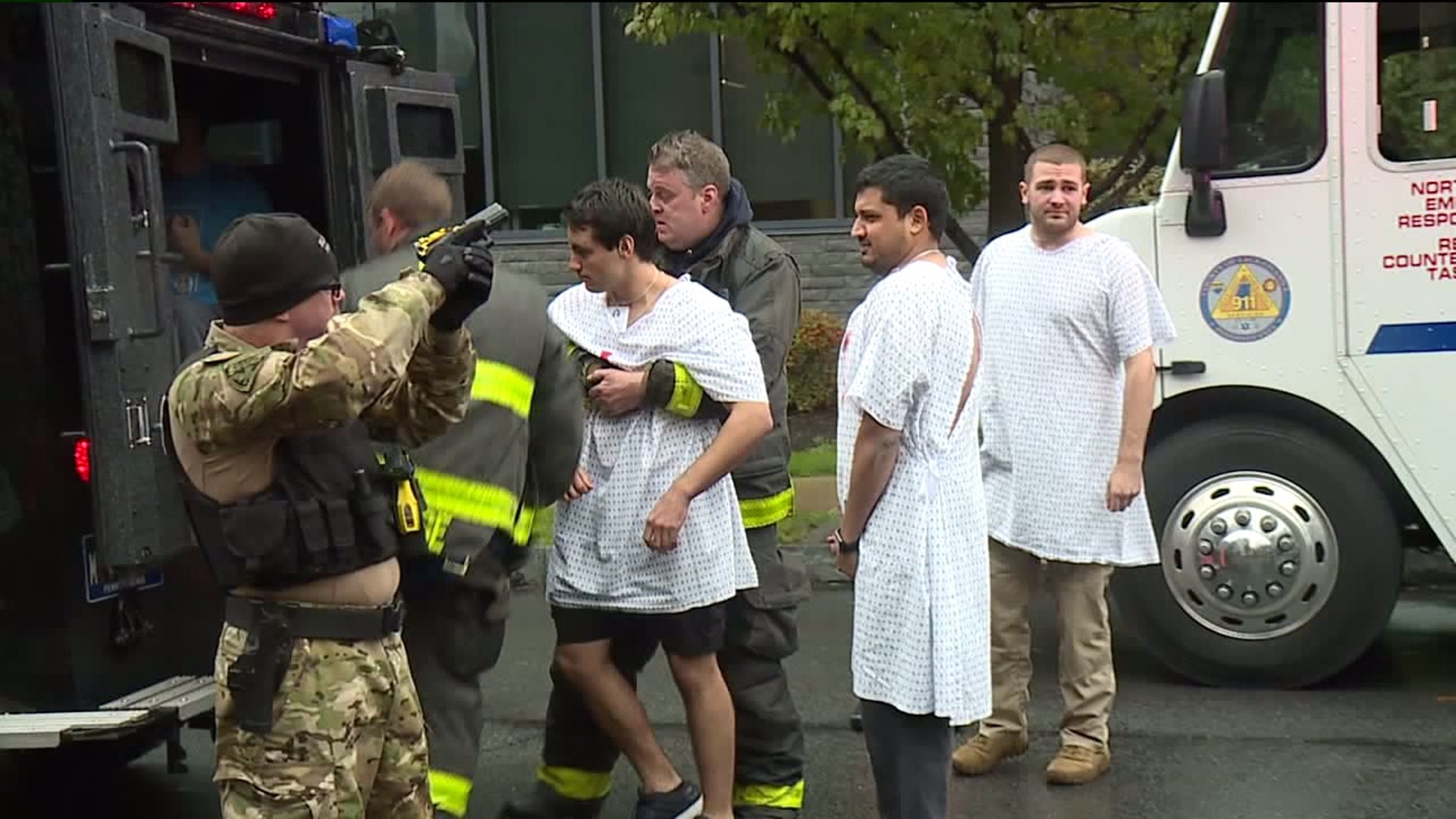 SCRANTON, Pa. -- As a gunman opened fire in a synagogue in Pittsburgh Saturday morning, first responders held the largest active shooter training ever in Lackawanna County and say this most recent attack shows why the training is vitally important.

The images we've unfortunately become all to accustomed to seeing on our TV screens actually unfolded on the streets of Scranton Saturday. Signs were in place around the Geisinger Commonwealth School of Medicine reminding passersby that it was just a drill, but it felt real.

SWAT teams were called in find the shooter.

Medical students were inside where many of them would be studying on a typical Saturday. Some were covered in fake blood from a Halloween store, but the first responders treated them as if the wounds were real.

"An event like this shows the importance of fire, police, EMS all working together because an event includes all that," said John Campos, Emergency Medical Services of NEPA.

The agencies from all over Lackawanna County were evaluated during the training along with the emergency departments at the city's three hospitals.

In an effort to make the training as real as possible, Newswatch 16 was asked to play the role of reporters demanding answers from Scranton Police Sergeant Kevin Green.

In the end, there were four "fatalities" and nearly two dozen wounded.

The training's victims are future doctors, quick-thinking and cool under pressure. But the students admit this experience will make them think in a whole new way.

"Just the sound of the gun makes you think a lot differently than a BB gun that doesn't make a sound. It was definitely more realistic, and it makes you think, would you barricade yourself? Would you run? Make sure your friends are OK? It's definitely real in that sense," said Nikhil Sharma, Geisinger Commonwealth School of Medicine.

At the end of the day, first responders gathered warm, dry, and safe for a debrief on the day's events, hoping to never have to use what they learned.

"Unfortunately, this stuff has been happening a lot, so this exercise was very helpful for everyone," said Sharma.