SCRANTON, Pa. — Lackawanna County was one of the only counties in the state without a fair — that is until this past weekend. The first Lackawanna C... 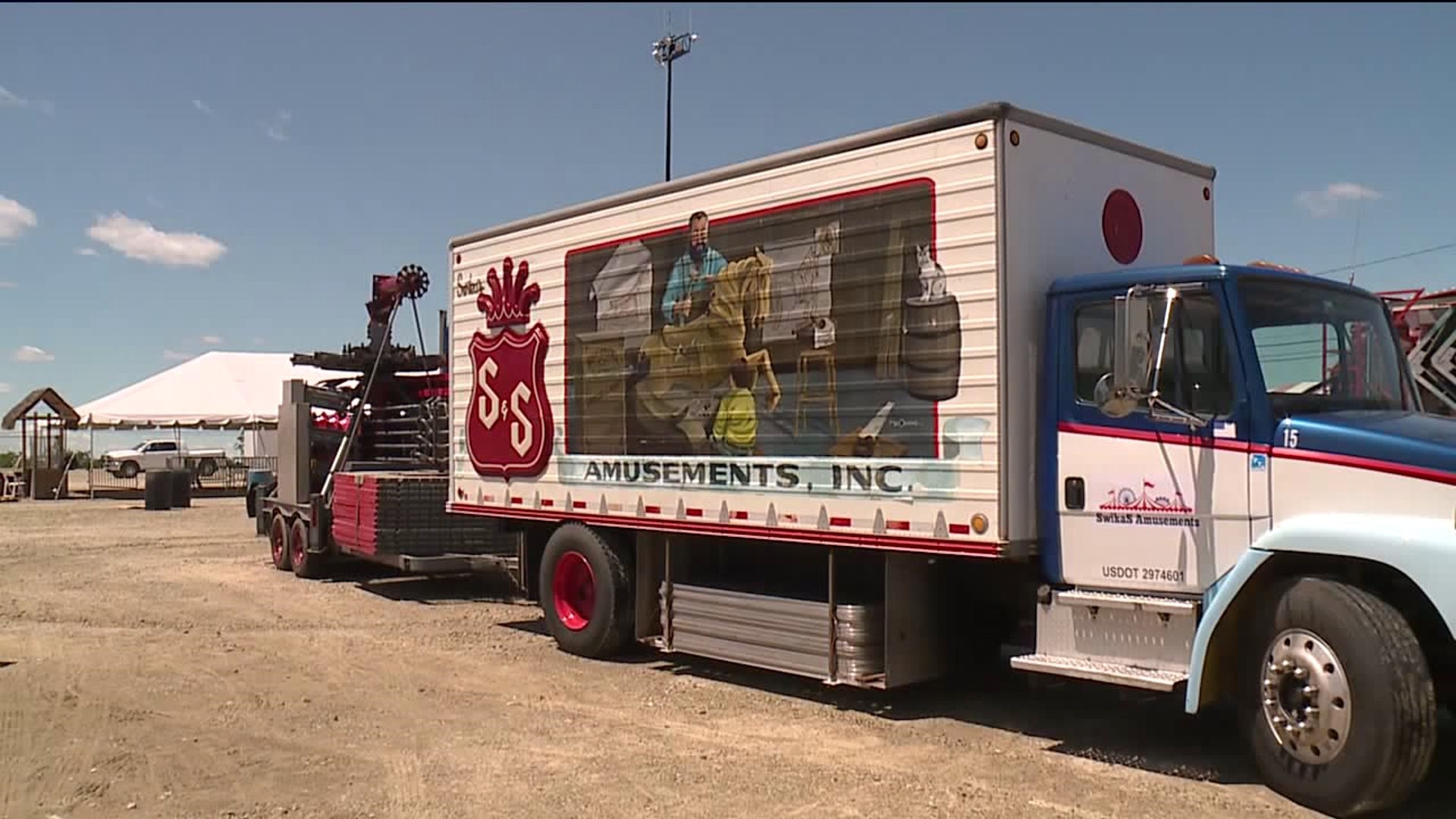 SCRANTON, Pa. -- Lackawanna County was one of the only counties in the state without a fair -- that is until this past weekend. The first Lackawanna County Heritage Fair was held on Montage Mountain over the last five days.

The fair ended Sunday night and Newswatch 16 spent the day on Monday with vendors as they packed up. Even with some rainy days, both vendors and fair officials say the fair was a success, and they're already coming up with ideas to make next year even better.

It's time to break down the rides and pack up their things for the folks of Swikas Amusements. They travel across Pennsylvania and surrounding areas, providing games and rides for carnivals, but being here at the first Lackawanna County Heritage Fair this past weekend had meaning for Stephen Swika.

"I'm tickled pink that they looked at me, born and raised here in Lackawanna County," Stephen Swika said.  "I'm happy they chose me. I work with a bunch of good people and I'm looking forward to it continuing on."

All the vendors on Montage Mountain are packing up. The fair wrapped up Sunday night after five days of showcasing the heritage of Lackawanna County.

Agri Puppets is a family-oriented puppet show that teaches the importance of farming and agriculture, just one of the vendors that showcased Pennsylvania and Lackawanna County heritage.

"We try to instill in the kids the education of agriculture," said Shane Hansen of Agri Puppets. "When the weather was nice, there was a lot of people here."

Vendors say, of course, the weather was a big concern, and they kept a close eye on the forecast all weekend long.

"We started out here lousy, of course, with Wednesday and Thursday, the rain. We had a very, very nice Friday, very, very good Saturday. We had a decent Sunday considering the threat all day long," Swika said.

Fair officials say about 13,000 people attended the fair. They say that's not a bad number for the first time ever, and they already have ideas about how to make it even better next year.

"You tell them rain, they look for something else to do and not come out to the fair. We were hoping for a turnout between 20 and 25, we got about 13 (thousand)," said fair chairman Armand Olivetti. "We're probably going to change the layout of the fairgrounds because once we saw everything in place Wednesday morning before the fair opened, we quickly concluded we could have done a better job with the layout. So that will change next year."

Fair officials say they have made a deal with Montage Mountain and will hold the fair on the mountain for at least two more years. Both officials with the fair and vendors say they look forward to the future of what the Lackawanna County Heritage Fair can become.