SCRANTON — A criminal justice professor at the University of Scranton is back home after spending the last five months in London. He was in England for th... 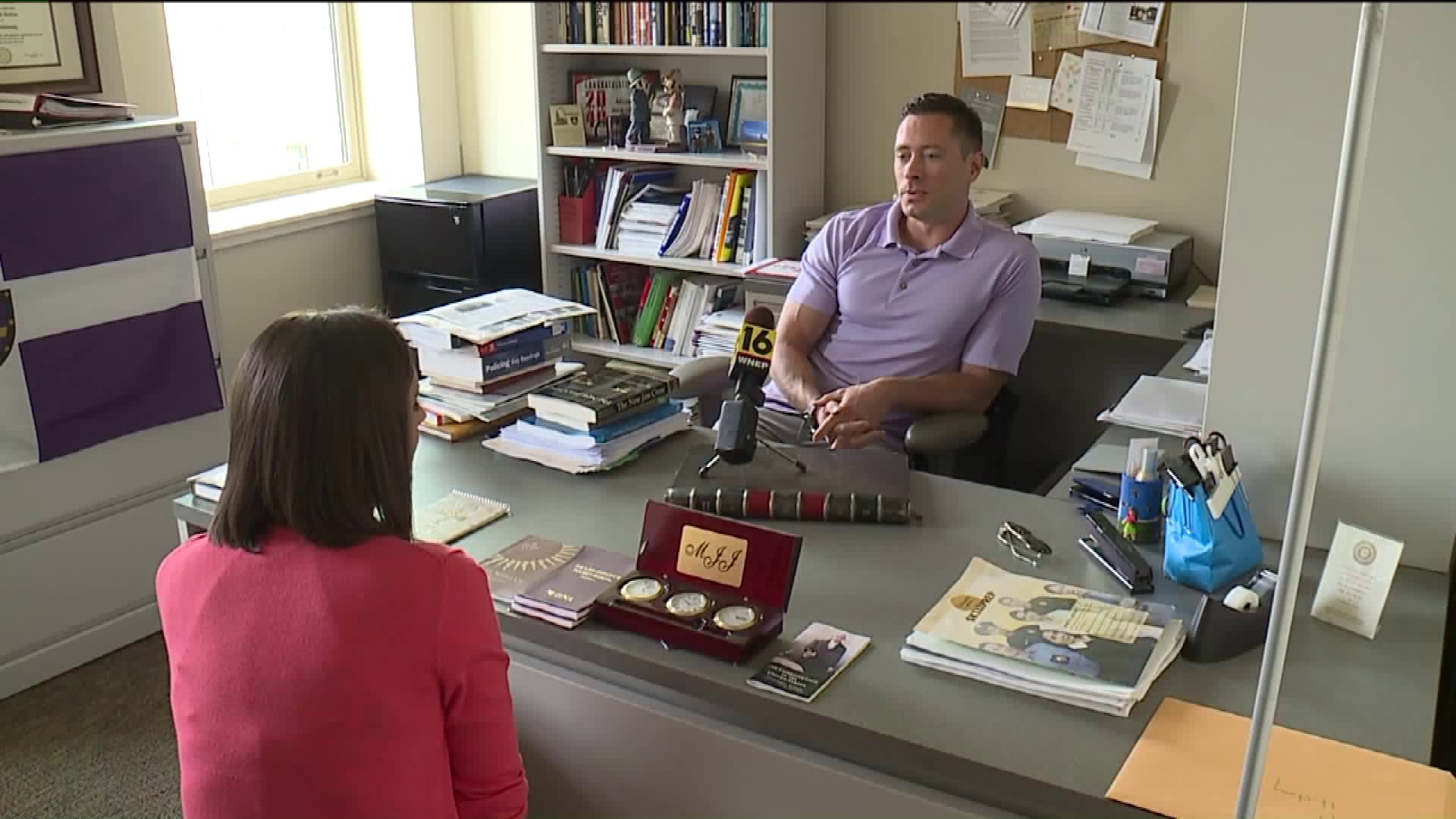 SCRANTON -- A criminal justice professor at the University of Scranton is back home after spending the last five months in London. He was in England for the first two terror attacks and got home just before the third.

Michael Jenkins is an associate professor of criminal justice at the University of Scranton. He spent the last five months in London in a fellowship program working with the Metropolitan Police to study how they use force in resolving everyday situations.

Anti-terrorism was not the area of focus for Jenkins, but the anti-terrorism police unit became all too relevant while he was there. Jenkins moved to Central London with his wife and kids in January for the police fellowship. Two months later, in March, the Westminster attack killed four pedestrians and one police officer.

Very nerve-wracking to know that was occurring at our home location, and to live in London knowing that these attacks were imminent," Jenkins said.

Jenkins examined how police used deadly force and firearms in his fellowship. He says he saw more police carrying firearms and more military patrolling the streets after the first attack.

After the second terrorist attack in Manchester on May 22, Jenkins and his family decided to come home a day early. They got back to the states last Sunday, May 28.

"At that time, London was under the highest terror threat and being in Central London, there wasn't much we felt comfortable doing at that time. Knowing we were coming home anyway, we just wanted to get on a plane and get out of there," Jenkins explained.

After hearing about the third terrorist attack this past weekend, Jenkins says he remembered the good memories he and his family made in Borough Market, the site of the attack, while celebrating his wife's birthday exactly a month ago.

Jenkins says one thing that struck him was the role police played in policing London even after the terror attacks.

"The Metropolitan Police were still very cognizant of their role in making people feel better," he said.

Jenkins says this was his third visit to London and it will not prevent him from going back or traveling in general.