SCRANTON, Pa. — As government employees move into their offices in a new government building in Lackawanna County, commissioners held their first meeting ... 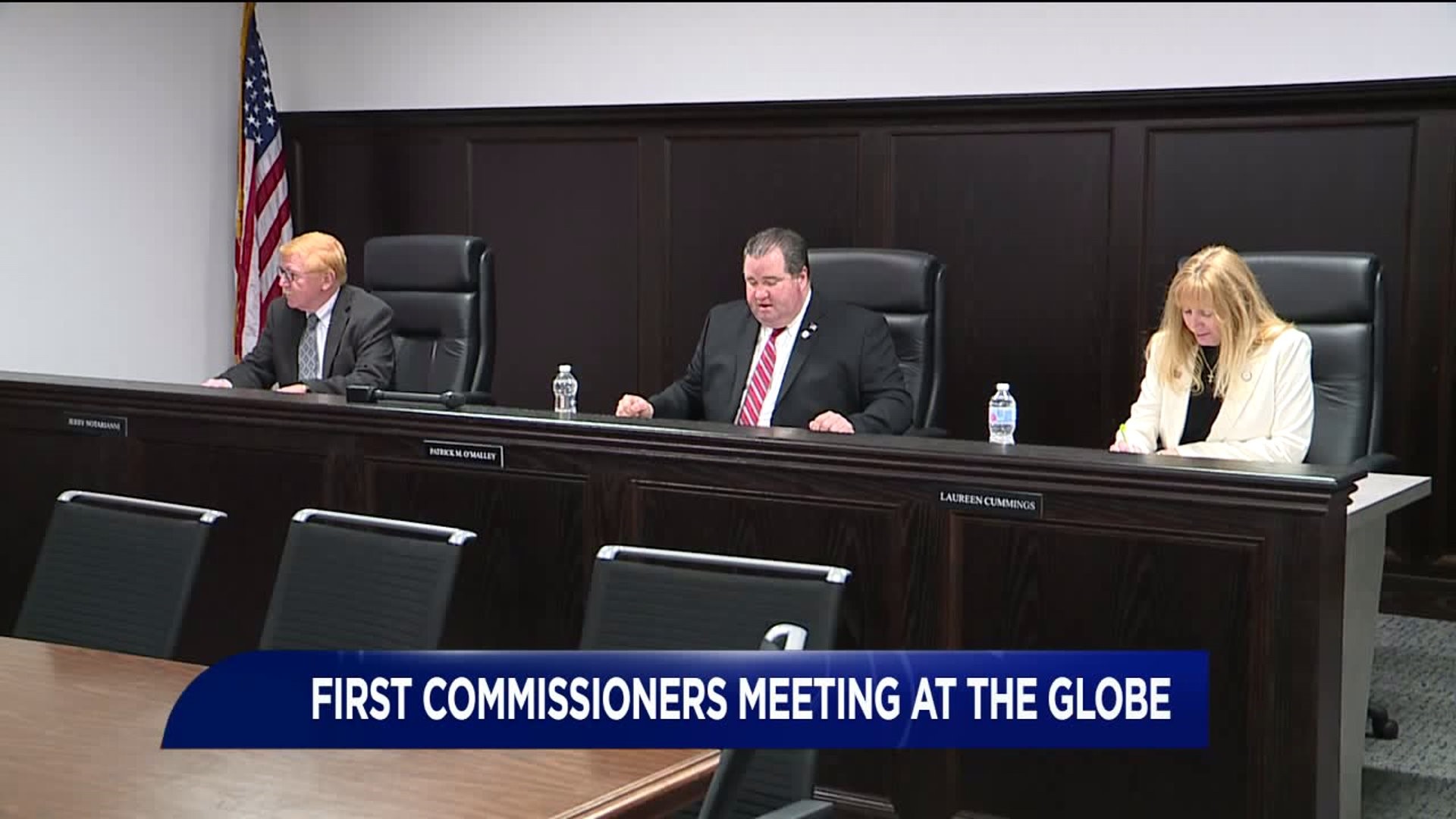 SCRANTON, Pa. -- As government employees move into their offices in a new government building in Lackawanna County, commissioners held their first meeting there on Monday.

Instead of 13 government offices around the county, there are now five.

It still needs some finishing touches, but the new Lackawanna County Government Center has officially had its first order of business.

"Just seeing what the building looked like. I haven't been in the old Globe store since 1993. It's a quarter century, nostalgia," Joan Hodowanitz said.

Lackawanna County commissioners held their first meeting in the new fifth-floor conference center of the former Globe department store. After more than a year of renovations, the county's government offices are now consolidating here.

"It was a check off the bucket list of things that we had to do," said Lackawanna County Commissioner Pat O'Malley. "I'm just so happy that we're here today. It didn't cost the taxpayers a penny."

"Very excited and I'm overwhelmed with happiness that I could do something like this for the taxpayers. It's amazing that I was able to be a part of that, so I'm really proud of that at this point," added Lackawanna County Commissioner Laureen Cummings.

County commissioners say this move is going to bring more than just government offices to this block of Wyoming Avenue. They say the new government center will even contribute to downtown life and be a part of First Friday events.

"We're going to be utilizing our large reception area for First Friday, for art, and blood drives, you name it. We're going to do all kinds of great things with the Globe store. This is still the people's building," said O'Malley.

Folks seeing it for the first time are impressed but still have concerns about how it will all work out having so many government offices here.

"I see one elevator is still out of order, but you have these growing pains as you move in. It's a six-story building. I think it'll be a fine addition. I am curious if they've figured out the parking situation, but we'll figure that out in the next couple of weeks," Hodowanitz said.

The Lackawanna County commissioners will have a ribbon cutting ceremony at the new government center at 11 a.m. Tuesday to mark the official opening. County officials say employees will be all moved in and unpacked within the next few days.