Firefighters help clean up after flooding in Dickson City

A former firefighter's home was flooded earlier this month. 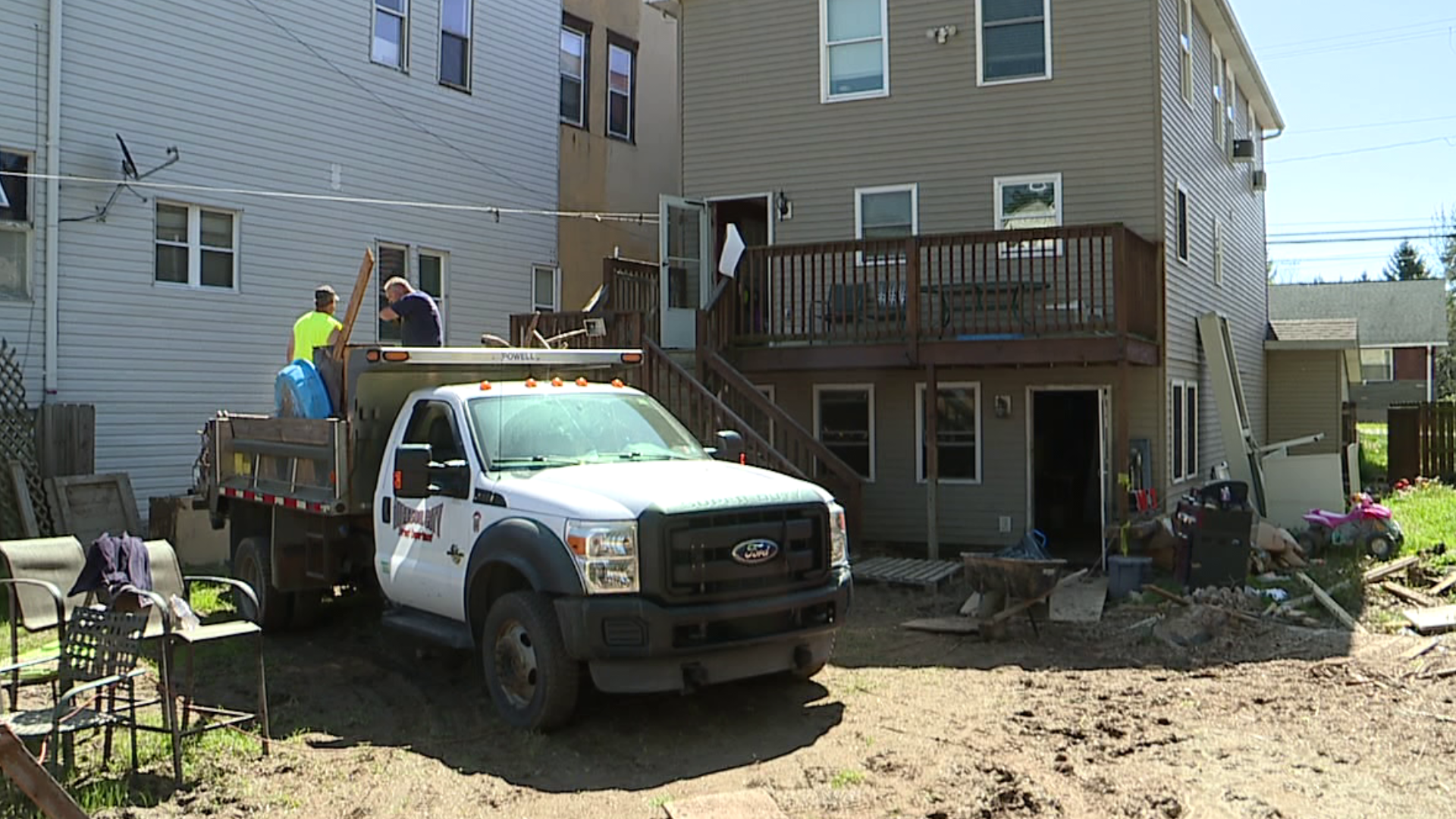 DICKSON CITY, Pa. — Dickson City firefighters spent their day helping out one of their own.

The former firefighter's home was flooded earlier this month when the culverts became blocked on nearby Dundaff Street.

Jaroshinski was paralyzed in a motorcycle crash.

So, firefighters spent their Saturday cleaning up the destruction left behind to help repay Jaroshinski for all the hard work he's put in over the years.

"I can honestly say if it wasn't for the Dickson City Fire Department, we probably wouldn't have water and heat for a much longer time. They are on their second truckload, they've got at least a dozen people here helping. Thank heavens for the fire department," said Sue Courtwright, a friend of Jaroshinski.

Dundaff Street in Dickson City is still closed after the flooding last week in Lackawanna County.