The decades-old building will soon come down, but on Sunday, it allowed firefighters to do important training. 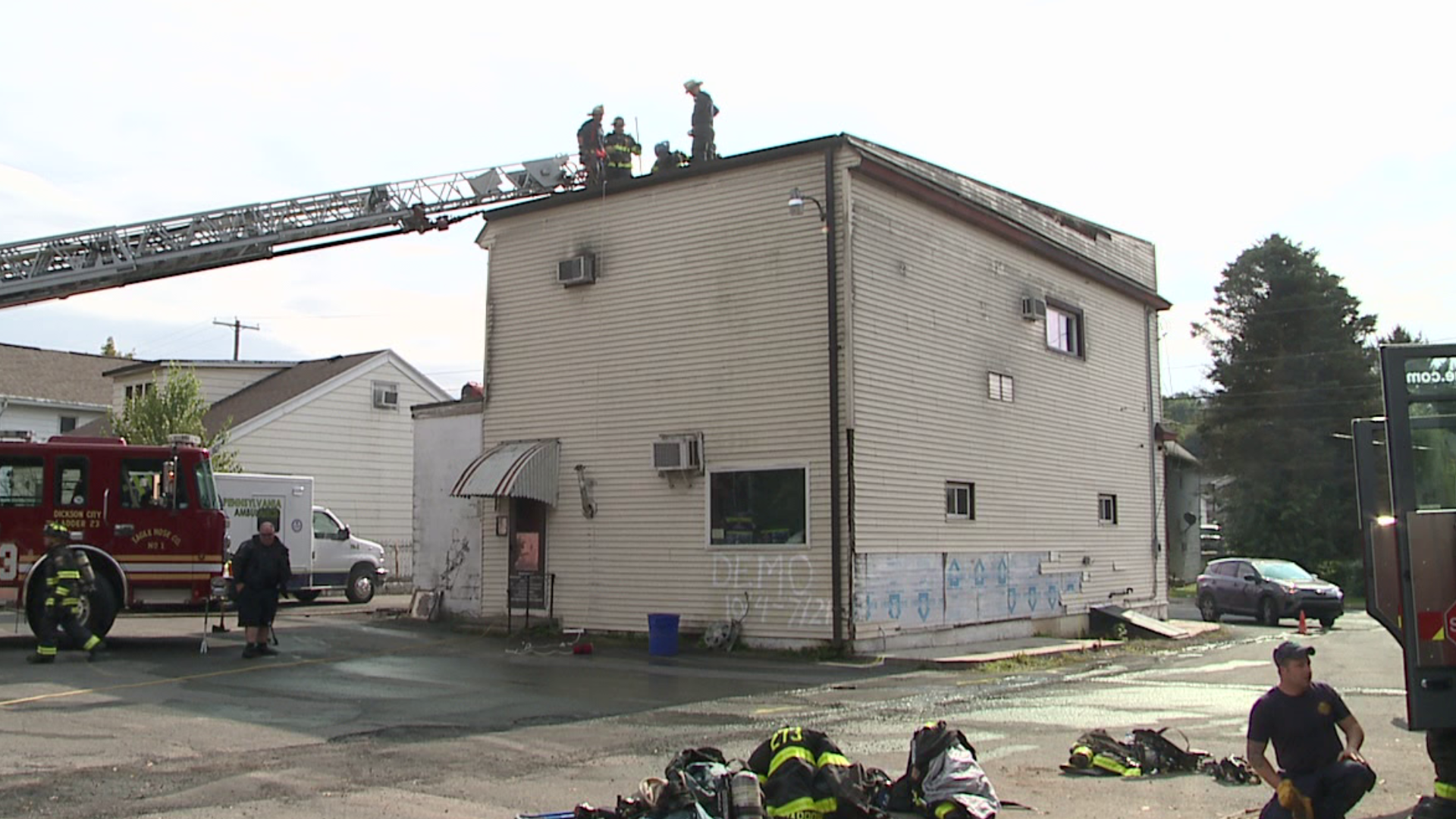 THROOP, Pa. — A building along Boulevard Avenue in Throop is about to be torn down -- but not before going up in smoke first.

Chief Andy Hegedus of the Throop Fire Department explained to Newswatch 16 Sunday morning why the building had one more use for his team this past weekend.

"Making it as real as possible without the dangerous conditions," Hegedus said.

RELATED: One final event at the old Throop VFW

Chief Hegedus says the decades-old building in Throop needed to come down for safety reasons - but not before its swan song on Sunday: simulating a place on fire for rescuers to rush in.

"It's not often you get a facility where you can actually beat things up, breach doors, cut down walls, cut down the roof, and do things hands-on," said Chief Hegedus.

The victim in question to rescue? An old hose.

"That kind of gives a sense of the weight of the possible victim," said Chief Hegedus.

During the simulation, the 'smoke' filling the building is not actual smoke but synthetic fog. It's easier to breathe in but still very difficult to see through.

"You can talk about smoke, and the conditions are pretty real," said Chief Hegedus.

"You're just following the hose line," said Lt. Alec Shattin with the Throop Fire Department. Finding the fire is the difficult part, could be anywhere in this building, so it takes a little bit, but you gotta move with a purpose."

And the writing's on those fog-covered walls: it's time for the VFW to move buildings.

The move itself for the VFW is very short - just a couple of yards away.

While a piece of history may soon crumble to the ground, the volunteer firefighters - also life-long Throop locals - say new history is being made.

"It's definitely a sad day, but as you look in the back there, it's a beautiful building they got," said Shattin.

"It will continue as a landmark because of the beautiful structure that they built; the members worked so hard to build here. That they can proudly call their VFW now," said Chief Hegedus.