SCRANTON, Pa. — At least two people are dead after a fire and a standoff with police at a home in west Scranton. Police tell Newswatch 16 they arrived at ... 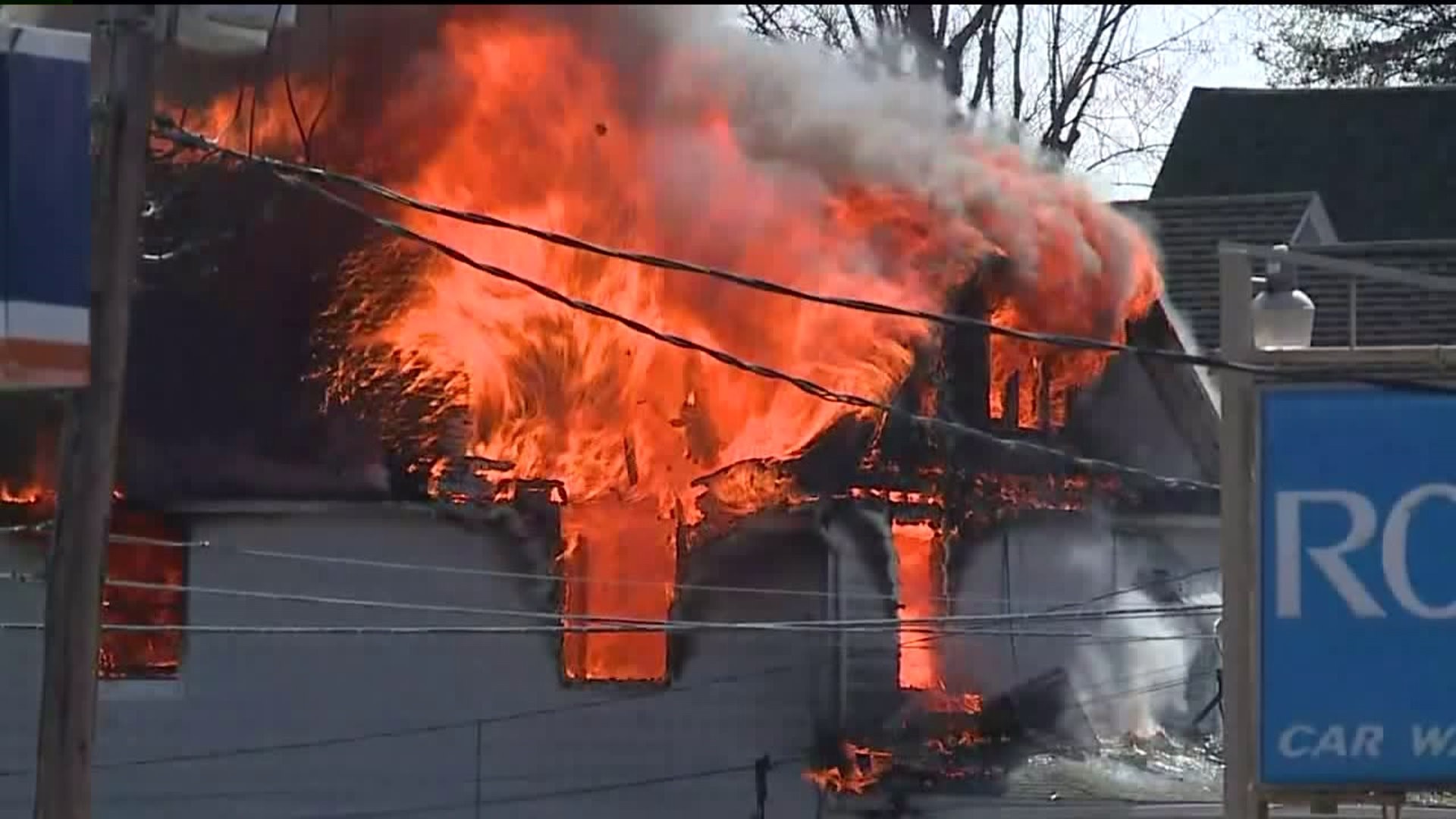 SCRANTON, Pa. -- At least two people are dead after a fire and a standoff with police at a home in west Scranton.

Police tell Newswatch 16 they arrived at the home in the 2100 block of Washburn Street Saturday morning to deliver an emergency protection from abuse order. When they arrived, they said a man inside began setting clothes and furniture on fire and opened fire on police.

Firefighters remained on standby a block from the burning building, waiting for police to tell them it was safe to battle the flames. As they waited for the go-ahead, the building was destroyed.

"Originally came to the grocery store this morning and just seen smoke and three cop cars and the next thing I know, they were blocking off all the blocks," said Shannon McFadden of Scranton.

"The fire department was up in the 1900 block of Washburn. They couldn't get down here because of the incident that was being isolated by the police," said Jason Miller of Scranton.

That incident was a stand-off that called for heavy police and SWAT presence.

"When the officers approached and knocked on the door, the individual came down and starting setting fires in the house. Then the officers broke in, extinguished the fire very quickly, and he started shooting at the officers," Scranton Police Chief Carl Graziano said.

Officials say the man fired multiple shots at police. They got out of the home and tried to communicate with him from outside. Investigators say the man continued to set more fires throughout the home.

Once the upper level of the building was engulfed in flames, police escorted firefighters to begin battling the fire. Officials tell Newswatch 16 it took them about 15 minutes to get it under control. The house next door was also damaged by the flames.

After the fire was contained, crews began tearing down walls to recover anyone who was inside.

According to the Lackawanna County coroner, the bodies of a male and female were recovered after the fire was out. Their names have not been released. Autopsies will be performed on both victims to determine how they died.

The search through the rubble is on hold for now as officials say it is unsafe to continue digging through the home during the thunderstorms. They say the search will continue Sunday to discover if anyone else was in the home at the time.

Police have not released the name of the man they were serving the PFA order.