BLAKELY, Pa. — Fire crews in Lackawanna County spent hours Friday afternoon battling a blaze that broke out in an apartment building. That fire gutted the... 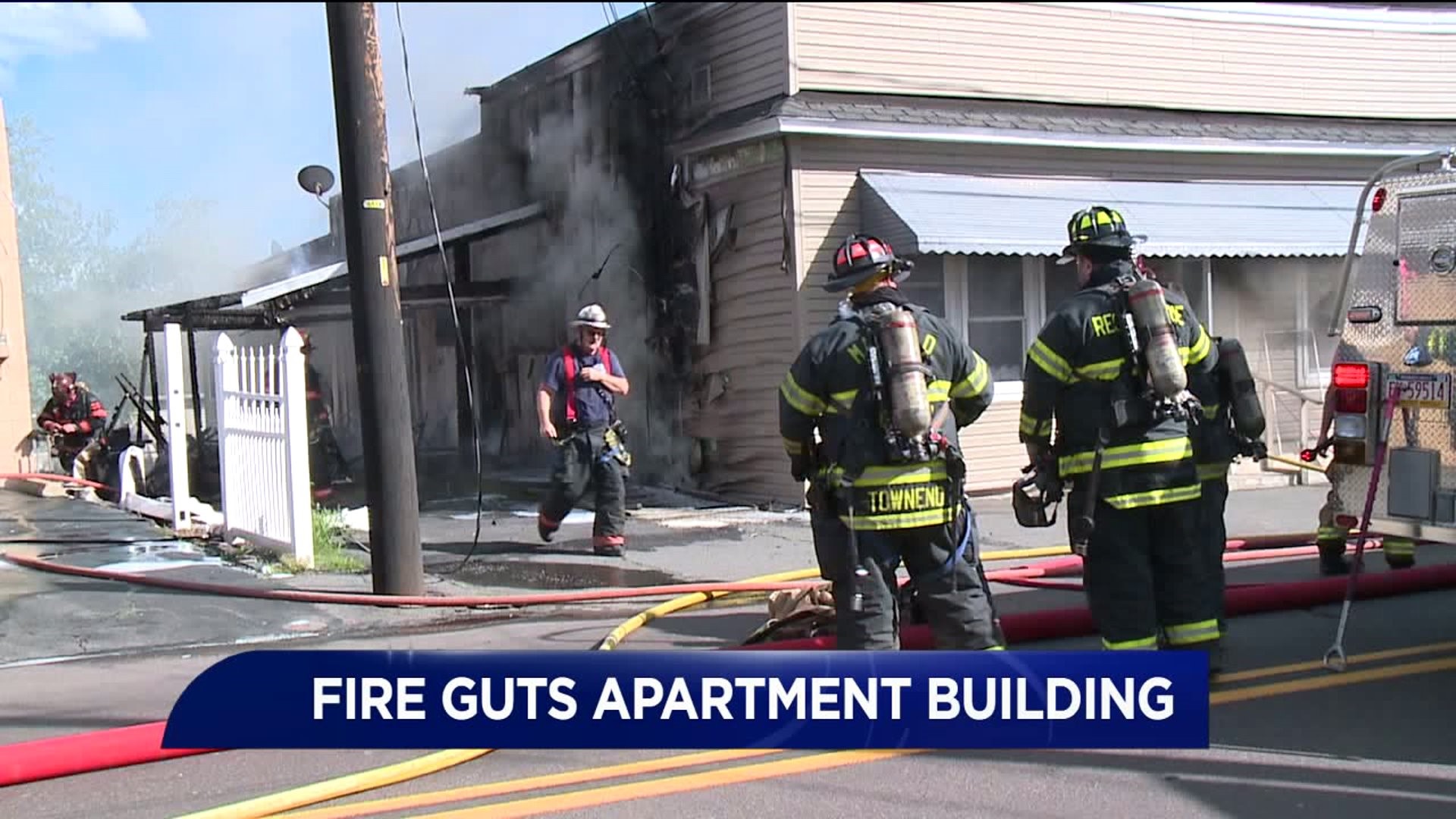 That fire gutted the building in Peckville, a part of Blakely, and initially, there were reports of an explosion.

Distraught tenants watched a blaze at their apartment complex on Geno Merli Drive.

“A friend of mine called me and said my front porch was on fire, and I raced here, and then when I got here, the whole place was involved,” said Jerry Carey.

Video sent to Newswatch 16 by a viewer showed heavy smoke billowing from the apartment building.

An assistant fire chief says five people live in the building and only one person, Robert Wheeler, was home.

Wheeler says he was getting ready to take a nap when he noticed something odd coming from the bottom of his door.

“And I just saw orange,” said Wheeler. “So, I opened my door and I'm standing in the doorway of my kitchen, the flames were just coming in. My dog, Dewie, was just running around scared. I grabbed him.”

Fire officials say the fire destroyed everything inside the building.

Fire crews say there were initial reports that flames ate through a gas line and caused an explosion. Upon further inspection, they discovered that was not true.

“My neighbor said his mother said they heard it was an explosion. We don't have gas in this house. It's all electric,” said Carey.

Fire officials say reports of that explosion were prompted by a propane tank that had been venting after heat from the fire caused pressure to build.

Officials say no one was injured; all residents and their pets are safe.

“Luckily, I was the only one person home, obviously my dog and the dog, Emmett, but we all got out okay,” said Wheeler.

The Red Cross is assisting the displaced residents.