SCRANTON, Pa. — Utility workers become first responders when a fire broke out in Scranton Wednesday morning. It started after 7:30 a.m. in the 100 block o... 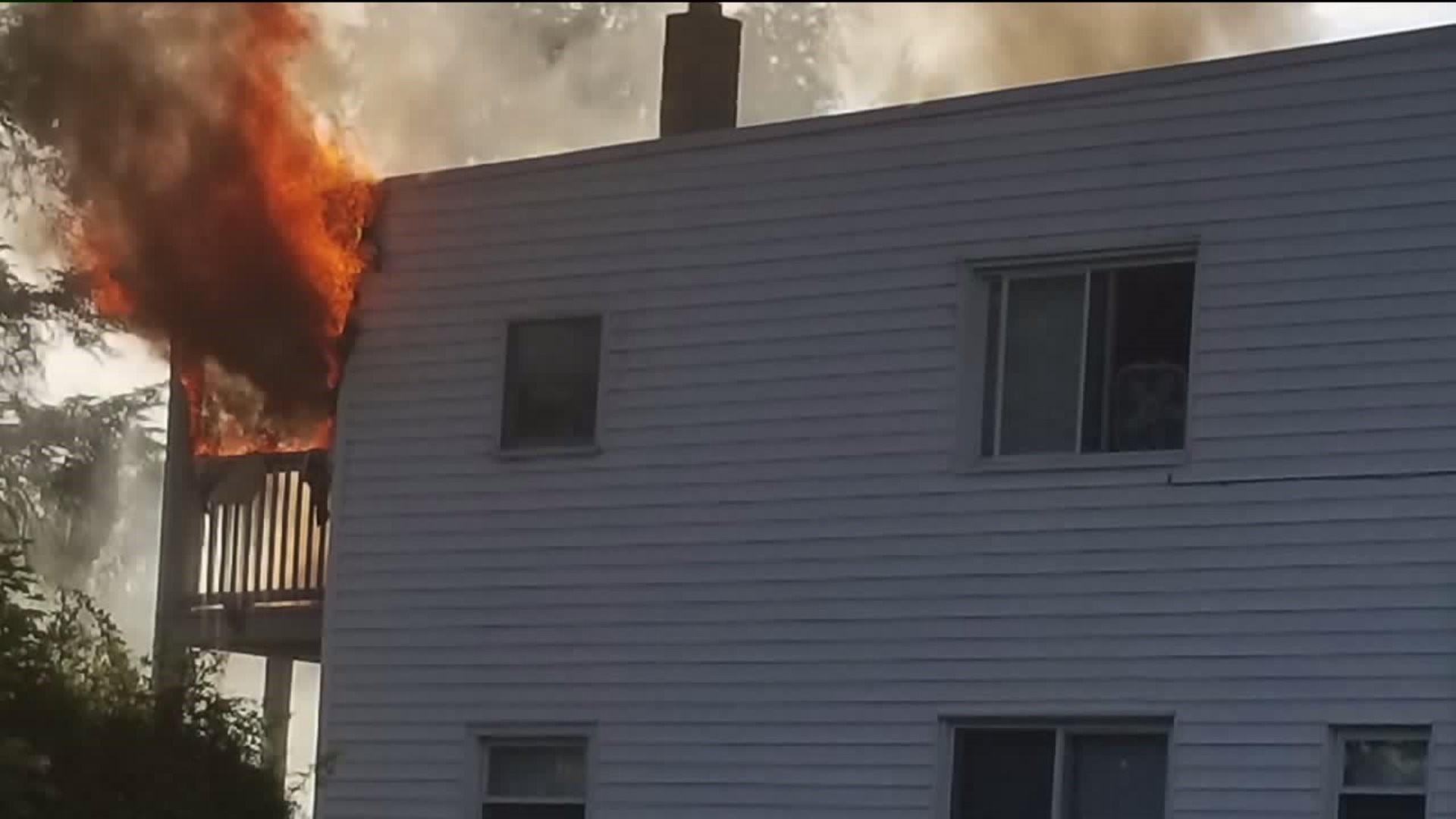 When a utility crew on Larch Street saw the fire, the workers rushed to the house to make sure everyone got out.

Pictures show fire and smoke coming from the building.

The fire ripped through the house leaving blackened windows and broken glass on the ground.

A utility crew was working on a gas line nearby.

"Black smoke, it started real slow and it started on the back porch and you could see the little bit of flames and smoke. It was rolling black smoke," recalled Adam Buchinski of Kriger Pipeline.

While replacing a gas line on Larch Street, this utility crew noticed smoke coming from the building just a block away and knew they had to do something.

Without any hesitation, Buchinski and the other workers from Kriger Pipeline of Dickson City went into action.

“All in a day’s work.” Earlier this morning, while replacing a gas main on Larch Street, a utility crew (left) saw smoke coming from this house (right) in Scranton.
They alerted the people inside and made sure they were out safely before the fire department came. pic.twitter.com/VCerSMhBtj

"It's kind of scary. They were sleeping inside and they thought we were working and making noise, but we were banging on their doors to get out," said Buchinski.

All three people inside were able to make it out safely.

"I am an Eagle Scout, so you always have to be prepared for everything so that's what I was prepared for," Buchinski added.

John Kane has worked with the pipeline company for almost 10 years and says this is all in a day's work.

"It was just instinct. I mean, I would want someone to do the same for my family. I don't want to see anyone get hurt," Kane said.

Fire inspectors are trying to determine the cause.