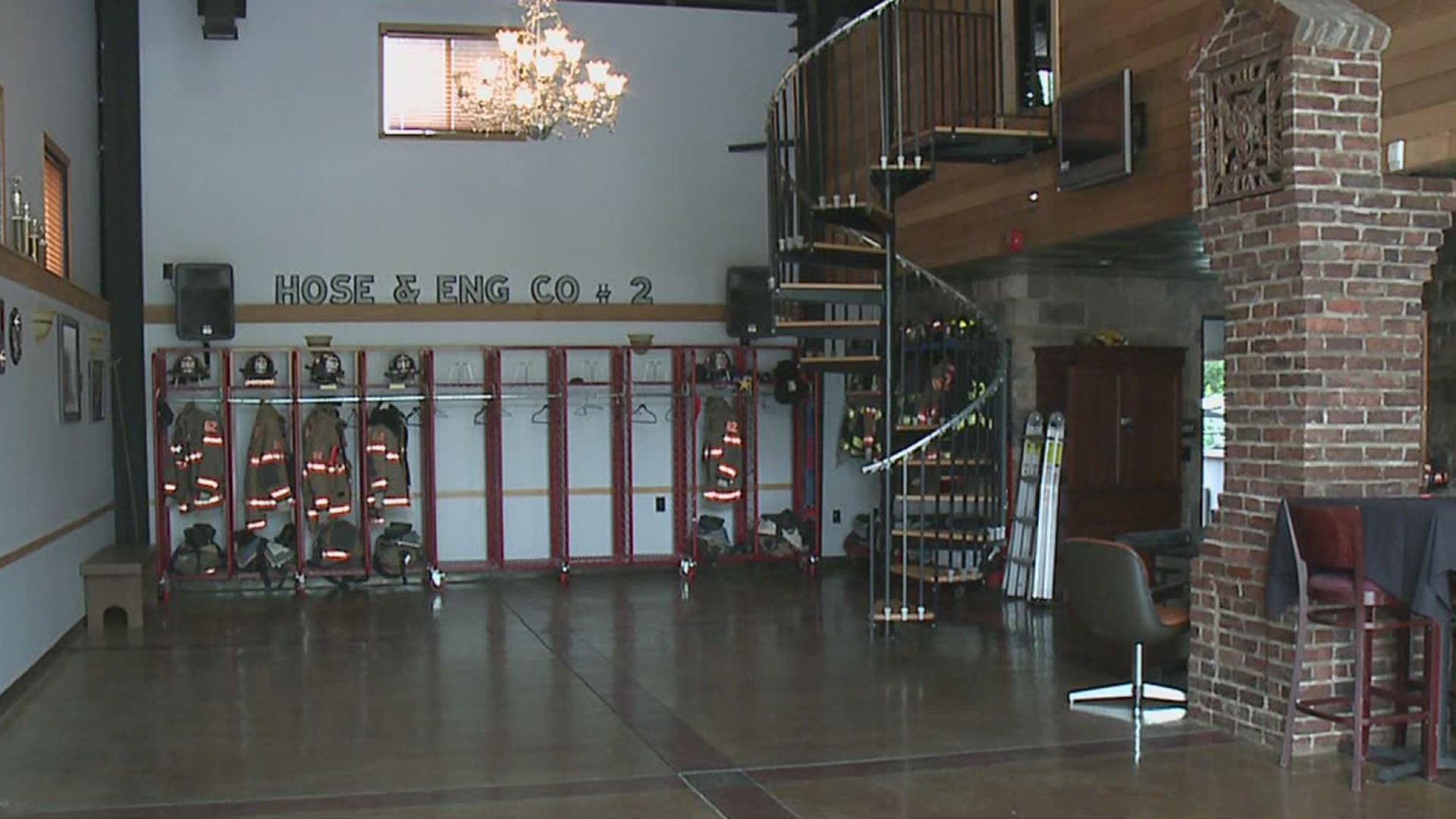 OLYPHANT, Pa. — A fire company in part of Lackawanna County has a new place to call home.

The organization bought the old Jon Pierre Restaurant along Burke Bypass and renovated it.

Fire officials say it's great to be in a new and improved building.

"At our other building, it was very small. We didn't have any kind of accommodations to hold functions in the building. So now we'll be able to raise more funds, do more fundraisers. This building is probably 3 times the size of our other building," said Christine Powell, fire chief.

The fire company even kept some of the leftover features from the restaurant including some chandeliers in Lackawanna County.