Fire at Tire Warehouse in Scranton

SCRANTON — Fire crews battled a stubborn, smoky fire for hours at a tire warehouse before flames finally broke through the roof, leading to the collapse o... 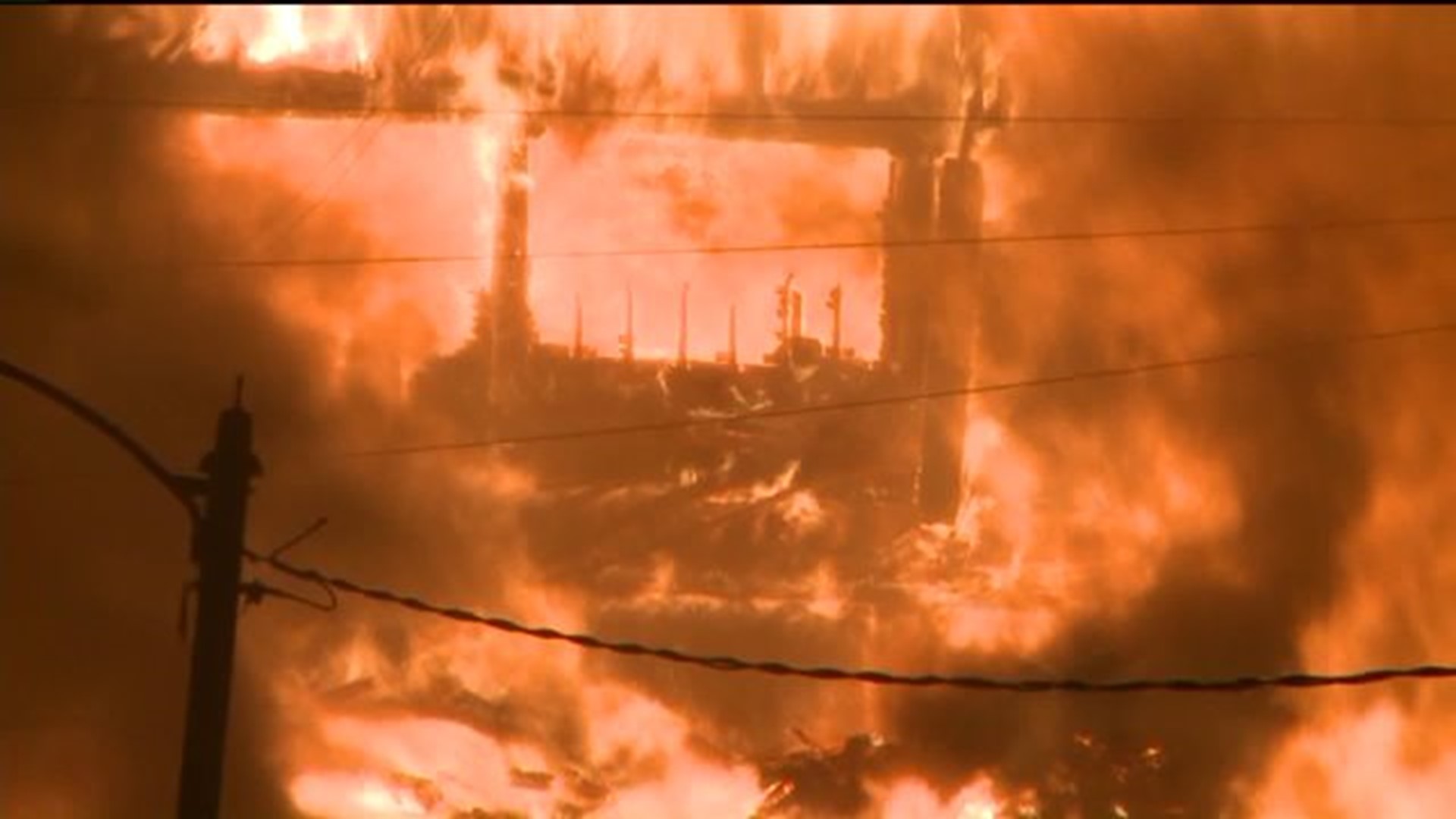 SCRANTON -- Fire crews battled a stubborn, smoky fire for hours at a tire warehouse before flames finally broke through the roof, leading to the collapse of two of the building's walls.

The fire started around 5 p.m. Wednesday at a warehouse on Wyoming Avenue owned by Sandone Tire. The building is filled with thousands of tires.

Officials said the reason it's so difficult to put out the flames is because the building is so old and insulated mostly with cork and sawdust, keeping the heat in.

According to the fire chief, the fire was called in as smoke coming from the elevator shaft, but after hours of putting water through the windows and searching, firefighters could not locate the fire itself.

Crews said all but two of the upper floors of the building are used for tire storage. 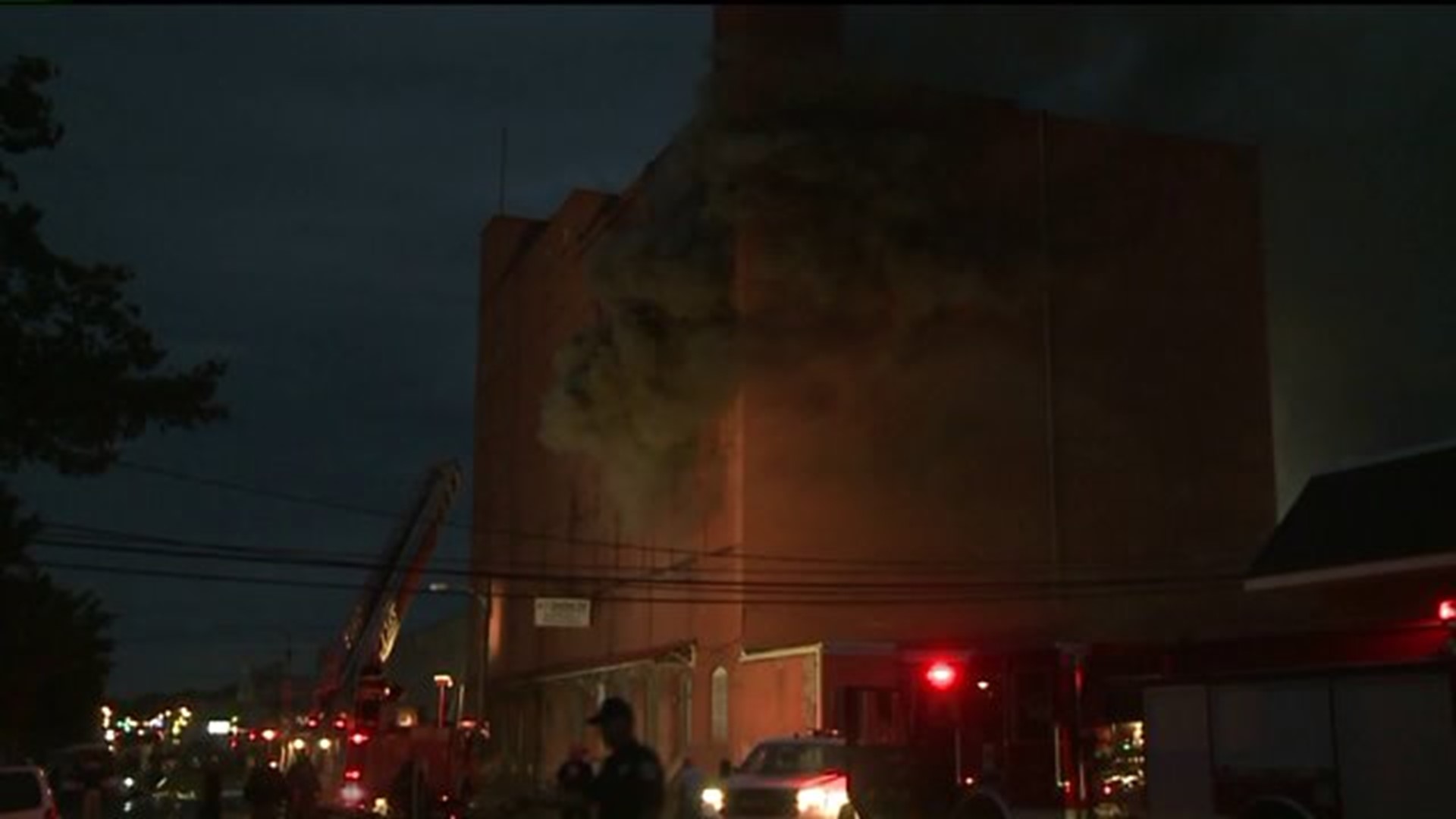 After power to the elevator was shut off, there was no way for firefighters to get to the upper floors in the building, so they could only fight it from the outside, chipping away at the bricks to get access.

Firefighters tried to get inside the building from the back. Two firefighters were missing for a short time when they lost their hose in the heavy smoke. One was checked out for smoke inhalation and was given oxygen. They were not seriously hurt.

"I looked out the window, and I saw this tremendous fire- from six blocks away, and the flames were shooting four stories into the air, there were explosions. Sounds like the roof collapsed," said a man from Scranton.

The fire chief said this fire could be burning for days.

More than 12 hours later, flames continue to eat away at the Sandone Tire Warehouse in Scranton. pic.twitter.com/Hq3b3LIs68

Firefighters were briefly stuck trying to get inside bc of low visibility. One is being check out by EMTs, hooked up to oxygen tank @WNEP

FFs tell us two firefighters have been injured from a fall on the Pine Street side on warehouse @WNEP pic.twitter.com/GcI5Gr8PtL

We are on Wyoming Ave in #Scranton where Sandone Tire's storage facility is burning. @WNEP pic.twitter.com/2p3l9Lj5Gv 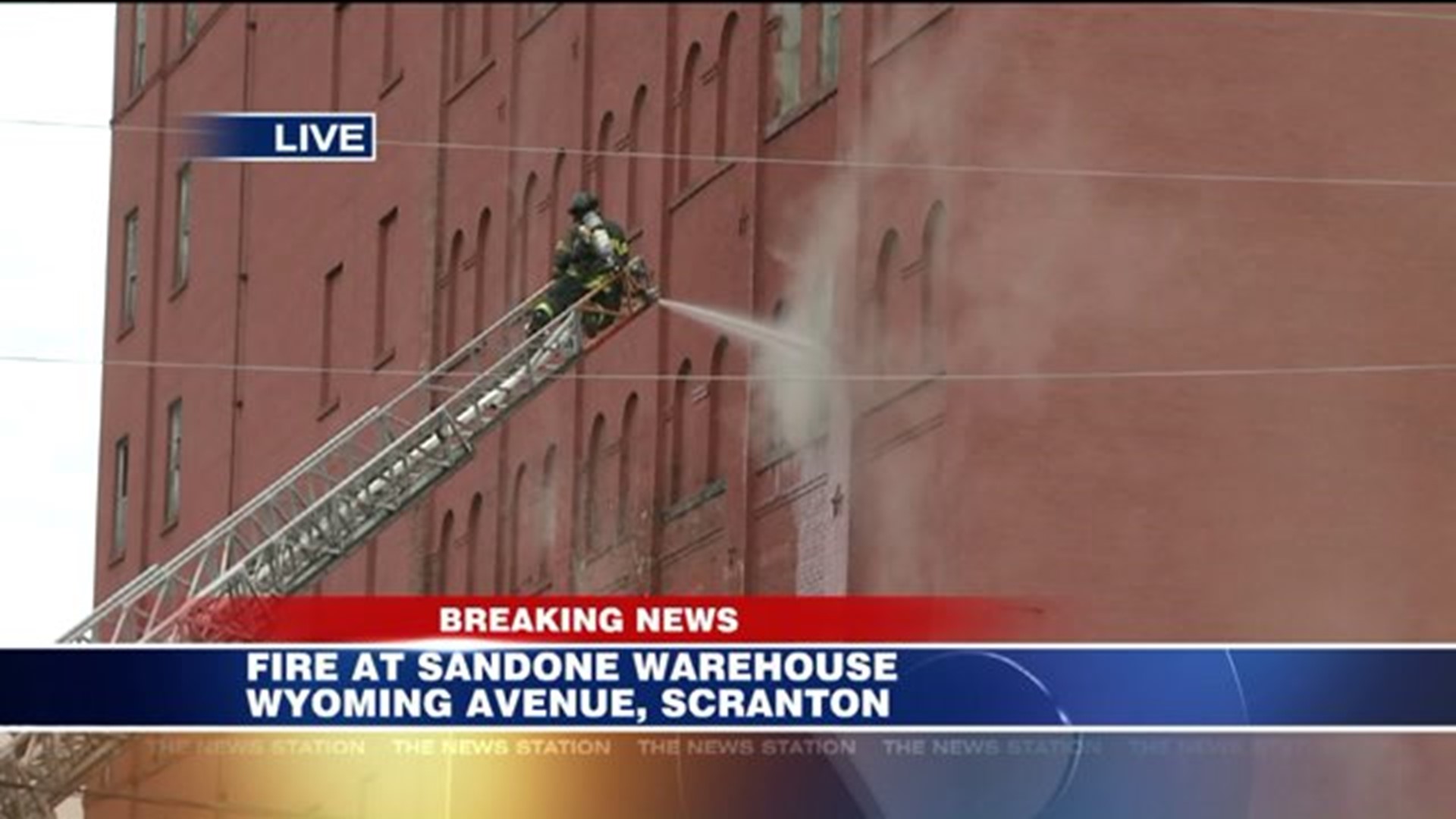 Below are some WNEP Insider photos and videos from the scene

Fire at Tire Warehouse in Scranton