SCRANTON, Pa. — Less than 24 hours after resigning as the Mayor of Scranton, Bill Courtright was in federal court pleading guilty to public corruption cha... 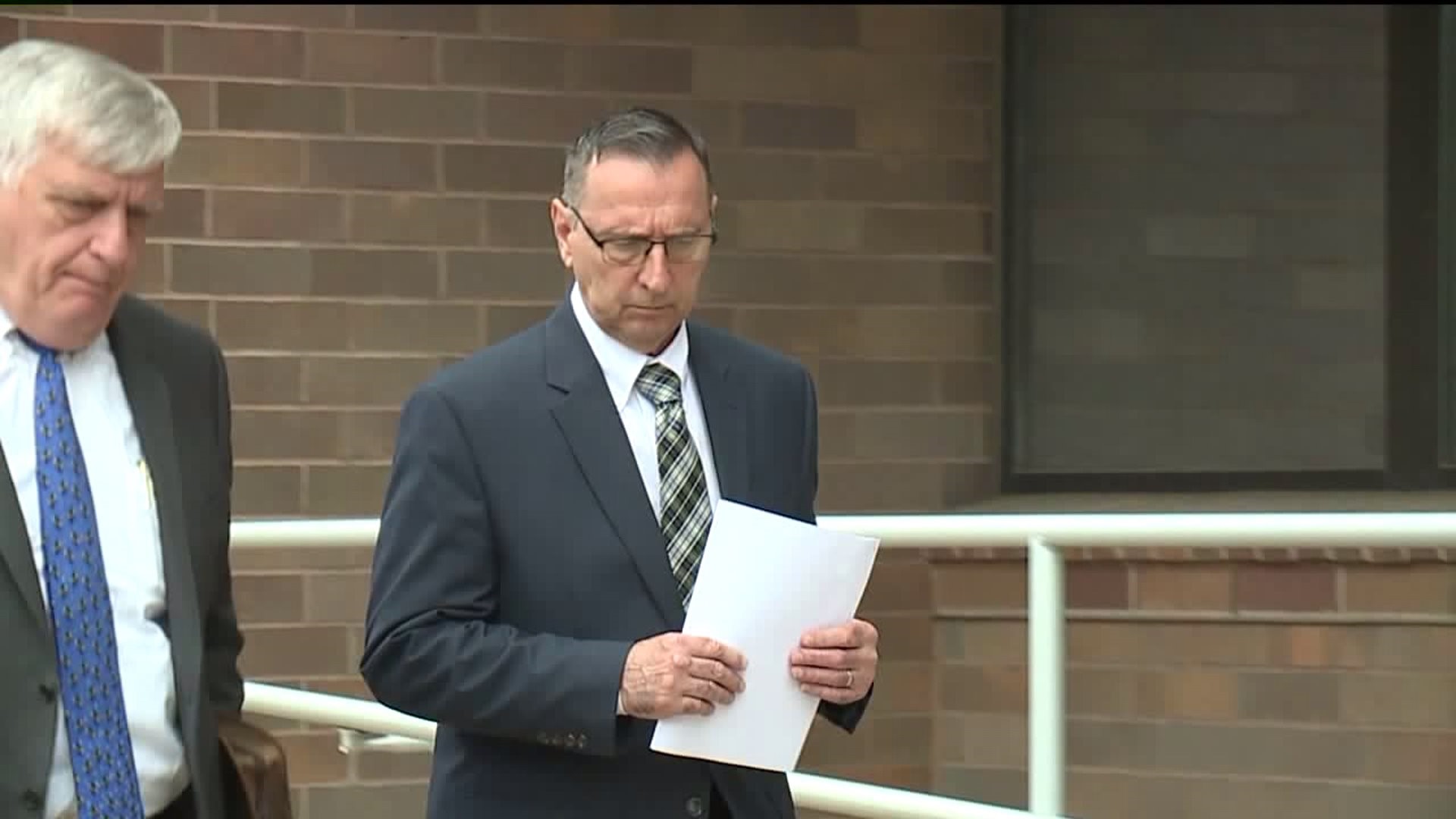 SCRANTON, Pa. -- Less than 24 hours after resigning as the Mayor of Scranton, Bill Courtright was in federal court pleading guilty to public corruption charges.

Federal prosecutors say Courtright extorted and bribed business people looking to work in the city the entire time he was in office.

The U.S. Attorney for the Middle District of Pennsylvania held a news conference at the courthouse in Scranton Tuesday afternoon. Courtright surrendered to authorities almost two hours away at the federal courthouse in Williamsport.

Courtright went from Mayor of Scranton to admitted felon in just under 18 hours. Newswatch 16 was there as Courtright arrived for his guilty plea hearing with his attorney in Williamsport. The hearing was held there because of the judge assigned to the case.

Courtright was silent as we asked him questions.

Inside the courtroom, prosecutors laid out all the evidence that would have come out in a trial. It was all collected in an undercover FBI investigation that started in 2017. Prosecutors said they could prove that Courtright took payments from at least 10 businesses contracted with the city or looking to do work there.

Courtright was secretly recorded for years in conversations with city employees and with at least three city vendors working with the FBI.

"In a recorded conversation with one of the co-conspirators, Courtright responded to an apology for not attending an event, an inaugural festivity, Courtright said, 'I don't worry about you coming, I worry about the money,'" said U.S. Attorney David Freed.

In a news conference later in the day in Scranton, U.S. Attorney David Freed said that when agents raided Courtright's home back in January, they found a safe in the basement. Inside that safe close to $30,000, some of it, in FBI-marked bills.

Freed said he's also not ready to name any co-conspirators but said the investigation is still ongoing.

"I am speaking now, to every public official within the sound of my voice. If it is not enough for you, get out now," Freed said. "Using public office for personal financial gain is a crime, plain and simple. People here have seen too much of it."

Freed described some of what agents heard.

"At that time, Courtright expressed concern that that person might be working with 'the feds,' Courtright suggested the cash should be given to an intermediary, who would then give it to Courtright. Regarding to that person, Courtright said, 'Is he going to sing if he ever gets nailed?' After being assured that Person Number One would not implicate Courtright, he said, 'If they say you gave it to me, I'm going to say you never gave me a dime.'"

Freed says the corruption investigation started with two or three different threads and that the case is not closed. Courtright was their first target, he said, because he was the elected official and head of city government.

Courtright was released after the hearing without having to post bail, which is common for these types of federal cases. He's scheduled to be sentenced in November and faces a maximum of 35 years behind bars.