SCRANTON, Pa. — Keith Conklin is accused of keeping his young children in a house of filth. Police were called to his apartment on 3rd Avenue in Scranton&... 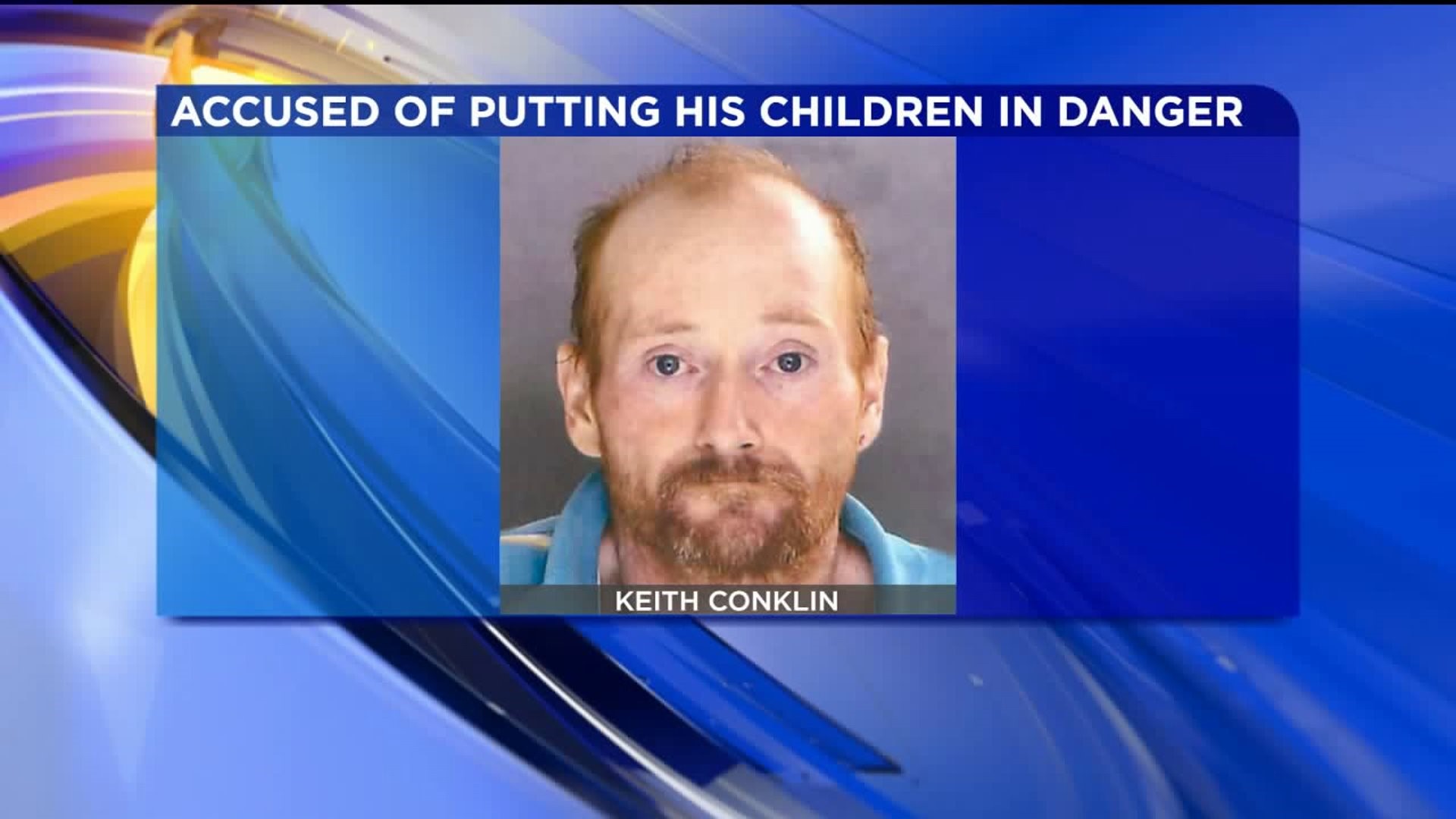 SCRANTON, Pa. -- Keith Conklin is accused of keeping his young children in a house of filth.

Police were called to his apartment on 3rd Avenue in Scranton's west side just after midnight Wednesday morning by Conklin's downstairs neighbor.

That neighbor said water from Conklin's apartment was leaking into hers.

They found his two children, naked and unattended.

In court papers, police describe the apartment as “…in complete disarray and filthy throughout.”

There was “…food and liquid (presumably water) on all the floors and rugs."

A woman identifying herself as Conklin's wife was clearly not happy to see Newswatch 16 at the apartment, as she yelled expletives at the camera.

Neighbors who feared retaliation would only talk on the condition we not show their faces and distort their voices.

“It is so bad that the cops are always here all the time and this street was never like this.”

Investigators say the children are one and three years old.

Police say Conklin told them he fed his children “noodles and stuff."

There were "no diapers in the entire residence."

“I know the guy smelled so bad that the officer wouldn't even let him in the back of his car,” said a neighbor. “He had to call the paddy wagon.”

Lackawanna County Children and Youth Services arrived to take the children into its care.

According to court papers, the worker from Children and Youth tried to get the children dressed as adequately as possible. It took 20 minutes to find shoes that would fit them.

“Yeah? CYS is calling, CYS is here,” yelled the woman at Conklin’s apartment.

“She's nuts, she's crazy,” said a neighbor. “So, the last two days the cop cars were here and she's outside yelling and screaming.”

Conklin is locked up at the Lackawanna County Prison on $10,000 bail.