PNC FIELD, Pa. — Baseball fans sat in the sun to watch an early Scranton/Wilkes-Barre RailRiders game on Tuesday. With temperatures in the upper 80s, camp... 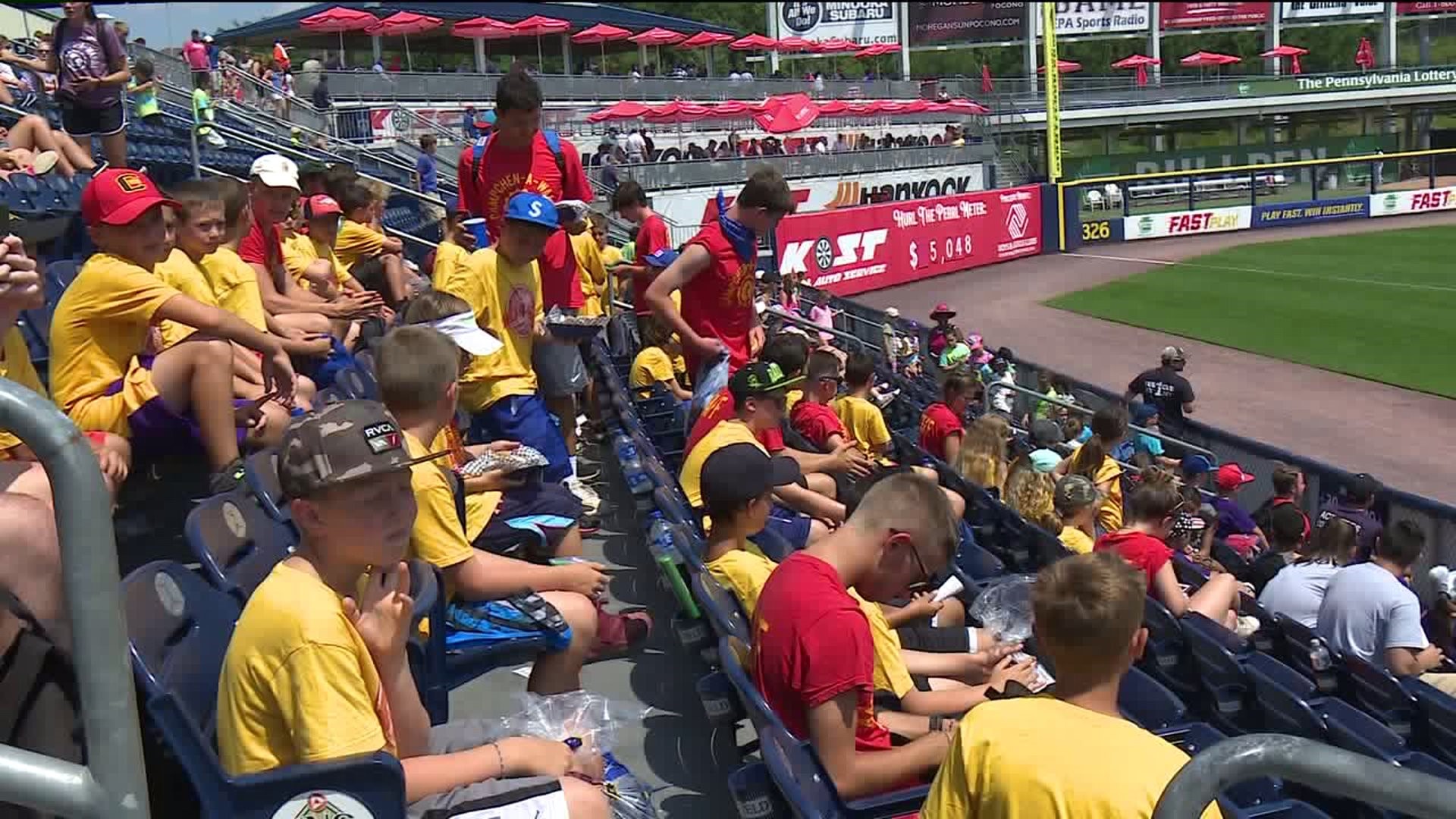 With temperatures in the upper 80s, camps and day cares that usually bring kids for a day at the ballpark had to take extra precautions.

"If you're sitting in the sun, it's a lot hotter. We have all these trees right here, so it's good," said Abe Rivkin.

Campers weren't the only ones trying to escape the blistering heat. Susan Youngman came prepared with fans in an attempt to stay cool.

"Big difference (in the shade). It's much better here. I like the night games because our seats are in the shade," Youngman said.

But there are always a few sun seekers that don't mind sitting in the sun. John Petcaugh of Luzerne noticed that there were fewer people than normal for a noon game.

"I think people wanted to stay home because of that, but I wanted to come and enjoy the game."

Whether you're in the sun or in the shade, there's always a good refreshment at the ballpark.

"Yes, I have to stay hydrated or my wife will shoot me if I don't. Cold beverages, it makes a difference, but we're going to go in the shade later."

All the concession stands serving cool treats never slowed down nor did the reminders for fans to keep hydrated.

At least, there was a good breeze giving fans a break to take in an exciting game of baseball.