MOOSIC, Pa. — The Scranton/Wilkes-Barre RailRiders clinched their playoff spot Tuesday afternoon in a rare tiebreaker game that the staff at PNC Field in ... 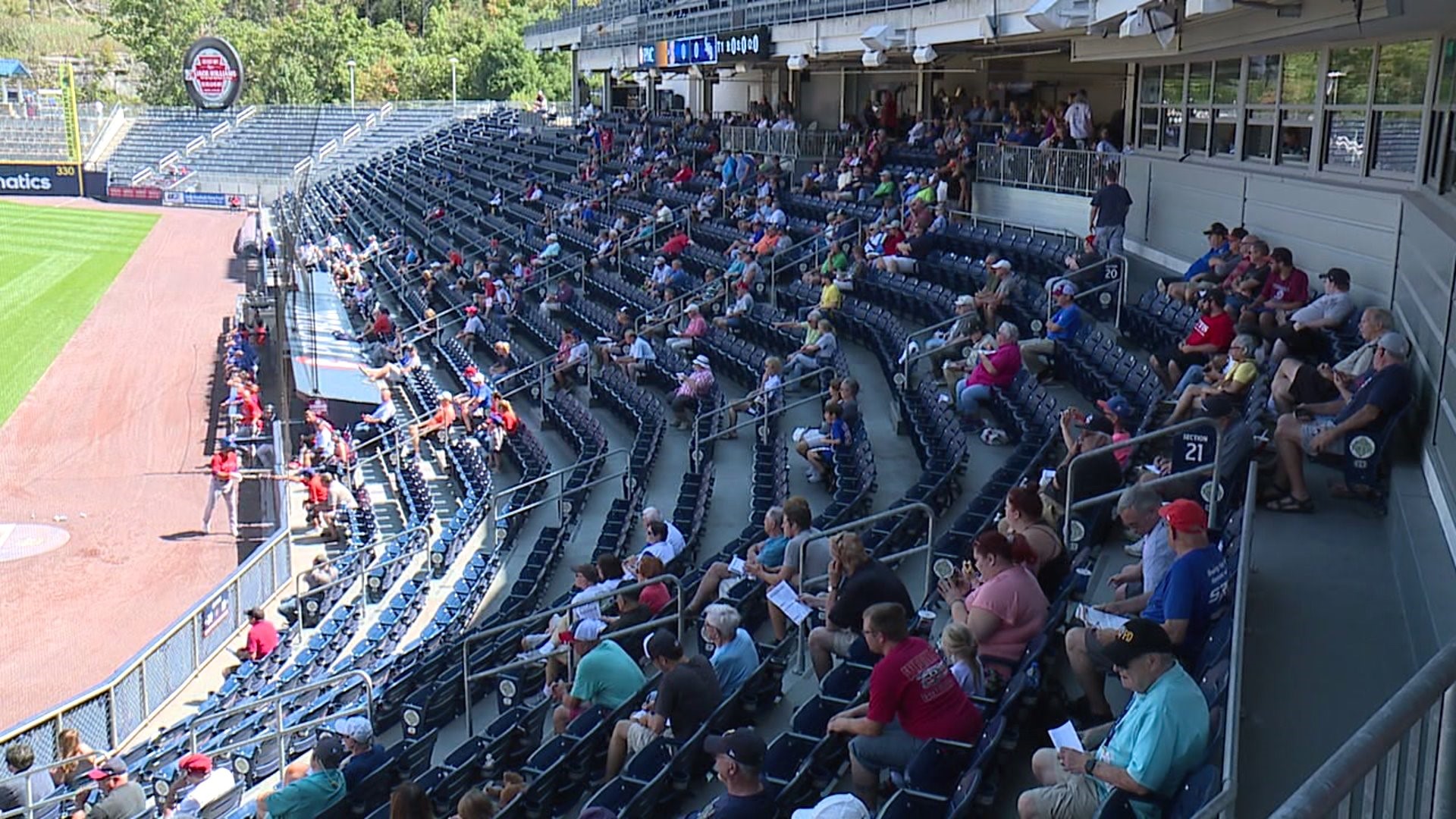 MOOSIC, Pa. -- The Scranton/Wilkes-Barre RailRiders clinched their playoff spot Tuesday afternoon in a rare tiebreaker game that the staff at PNC Field in Moosic had about 12 hours to plan.

It was a sweet surprise right at the end of summer vacation -- the Scranton/Wilkes-Barre RailRiders playing in an unexpected tiebreaker game.

14-13 final and we are headed to Durham! An eight-run epic comeback sends Scranton/Wilkes-Barre to the playoffs! #PinstripePride #Celebrate30 pic.twitter.com/4A8H6oSiHm

"We saw it online last night, kids still had the day off of school, decided it was going to be nice and come out for a game," said Mary Rosler from Mayfield.

For this group from Mayfield, it was the perfect way to spend the last few hours before school starts.

"Because it's watching the minor league affiliate of my favorite team," Justin Gazella said.

Kaden Irick starts school in Syracuse on Thursday. Because of the price, he could convince mom to make the trip.

Admission was at a price any mother would love -- $2 a ticket.

"Can't get a cup of coffee in Manhattan for two bucks. Yeah, this is a deal!"

That $2 ticket buys you any seat in the house, and on a Tuesday afternoon game in September, there were some pretty good options.

The RailRiders front office says this is not an indication of their whole season; attendance has been strong.

"August was the best August we've had on the books. A lot of positive momentum going into the playoffs, but also going into next year with the All-Star Game and all that stuff, so we're very pleased this season as a whole," said RailRiders president and GM Josh Olerud.

And no matter how the season ends, saying goodbye to summer at the ballpark is sweet.