MOOSIC — More than 200 people came out to the Scranton/Wilkes-Barre RailRiders game on Tuesday to help raise money to send children with prosthetic and mi... 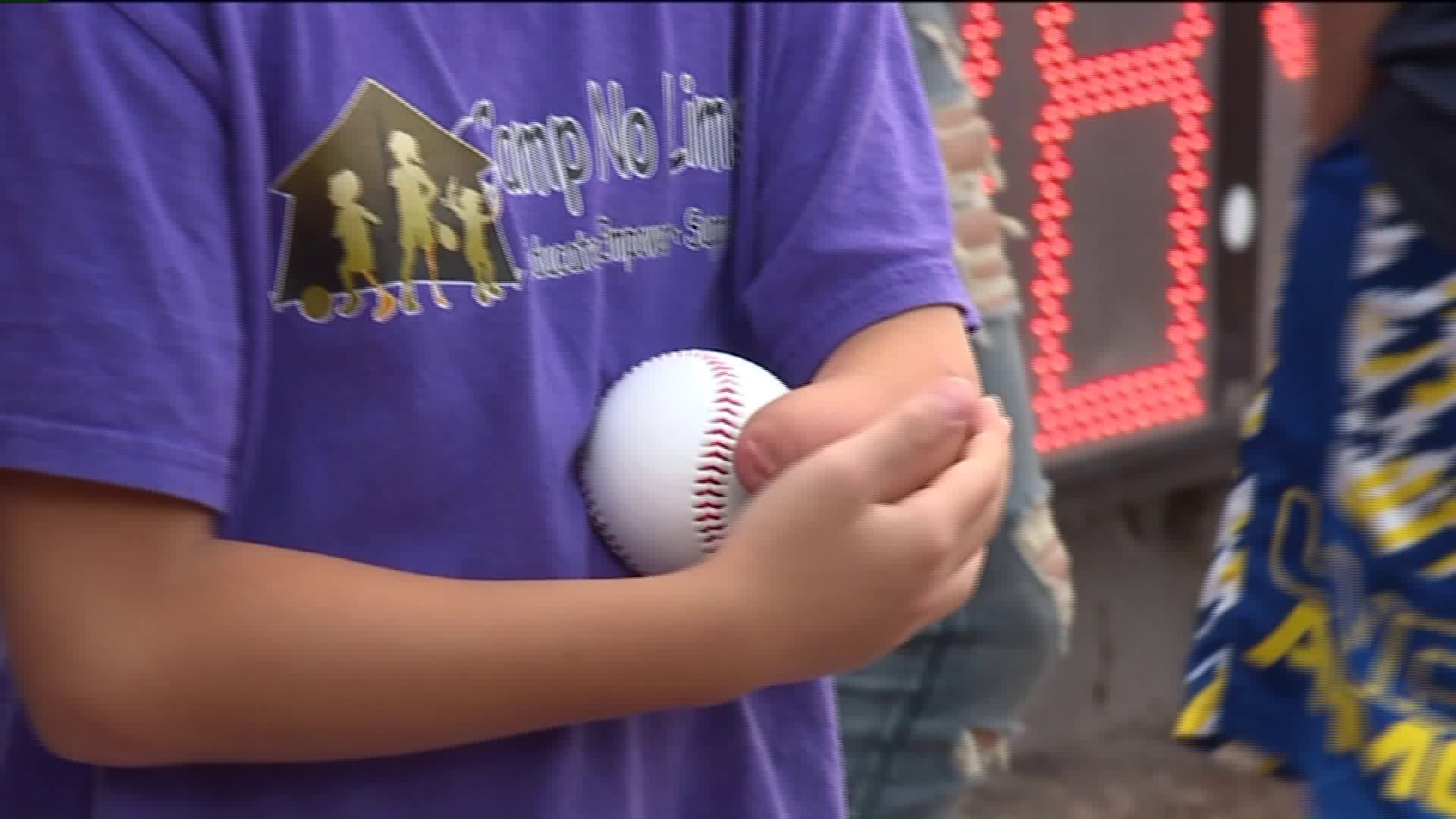 MOOSIC -- More than 200 people came out to the Scranton/Wilkes-Barre RailRiders game on Tuesday to help raise money to send children with prosthetic and missing limbs to a special camp.

The effort is being led by a Lackawanna County couple who have three adoptive children with that condition.

Siblings Matthew, Emily, and Sarah Reid came to the pitcher's mound to throw out the first pitch at PNC Field in Moosic. Their parents, Guy and Linda, say although their children each have prosthetic limbs, they have normal lives.

They say Camp No Limits, a camp that specializes in limb loss, made that possible.

The family from the Moscow area agrees that Camp No Limits changed their lives completely.

“Emily has learned how to tie her shoe one handed from an adult mentor,” said Linda.

They were at the RailRiders game to spread awareness about the camp and about limb loss overall.

“I really like camp because I can go there and people aren't staring at me and pointing and whispering behind their hands,” said Sarah.

“I like that you can learn different things from different people,” said Matthew.

“You can go there and you know that you're not the only one in the whole entire world missing an arm or a leg,” said Emily.

Now the couple has created a non-profit called Amp It Up to pay for other families from northeastern and central Pennsylvania to attend Camp No Limits.

As a fundraiser, the couple sold 220 tickets for bleacher seats in right field for $10 each, with half the proceeds going to Amp It Up.

“It just really is something that is very important and the Camp No Limits is a really good thing,” said Sandy Youshock from Scranton, who bought some of those tickets.

Camp No Limits has camps in 10 states. The Reid family attends the one in Maryland.

For more information about Camp No Limits, click here.