Family Praises Dog For Saving Them From Fire

CARBONDALE — A family forced out of their home by a fire in Lackawanna County is now thanking the family dog for saving their lives. The blaze broke out e... 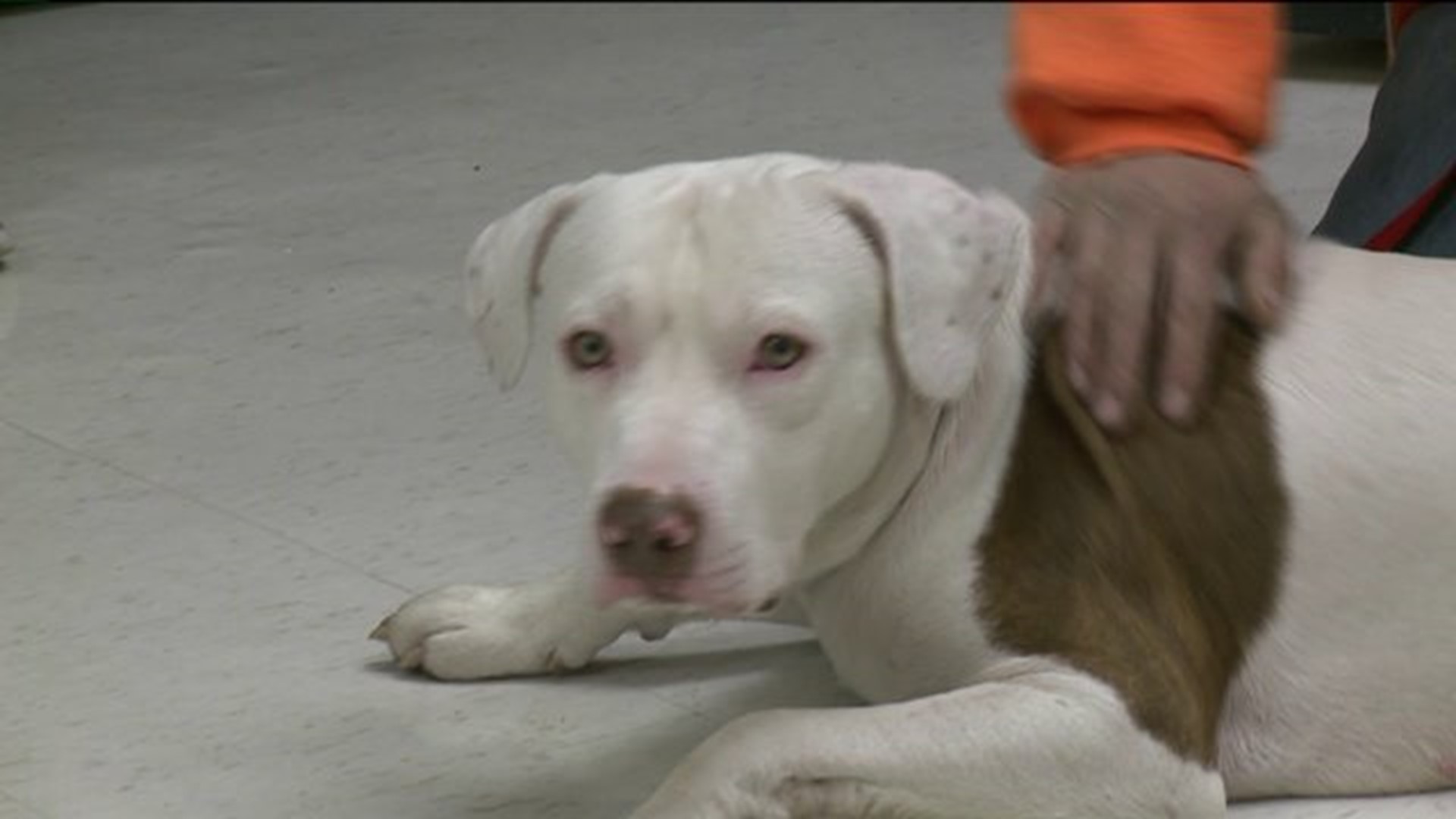 CARBONDALE -- A family forced out of their home by a fire in Lackawanna County is now thanking the family dog for saving their lives.

The blaze broke out early Saturday morning in Carbondale and the family says the dog’s frantic barking alerted them their home was on fire.

If a dog is man`s best friend, Lou the pit bull may have gotten a promotion to guardian angel.

A blaze broke out in Carbondale around 4:30 a.m. Saturday on Sand Street.

Chris Julian, Kelly Yarbrough, and two of their four children were inside when they were awakened by their dog`s frantic barking and found their home on fire.

“There`s a fire behind the door. I grabbed the door. It was red hot,” said Julian. “All I screamed was, 'Call 911! There`s a fire,' and by the time I got back to the room, there was no time to think, nothing.”

“The fire was coming through the door and the dog saved our lives and if it wasn't for him, we'd all be dead right now,” said Yarbrough.

The family says they made it out with only the clothes on their backs.

While the family lost everything in the blaze, Chris and Kelly are grateful their two older children weren`t home at the time.

They`re also grateful the two younger children just happened to be sleeping in their room as the family watched a movie the night before.

Chris says it's ironic that first the family rescued Lou, who had been abused by a previous owner and now the dog they saved has rescued them.

“I`m telling you, I`m just grateful to have him,” said Julian.

The Red Cross is helping the family, however the community in Carbondale is collecting donations for them as well.

Items can be dropped off at Pioneer City Insurance on Main Street in Carbondale.

The cause of the fire remains under investigation.